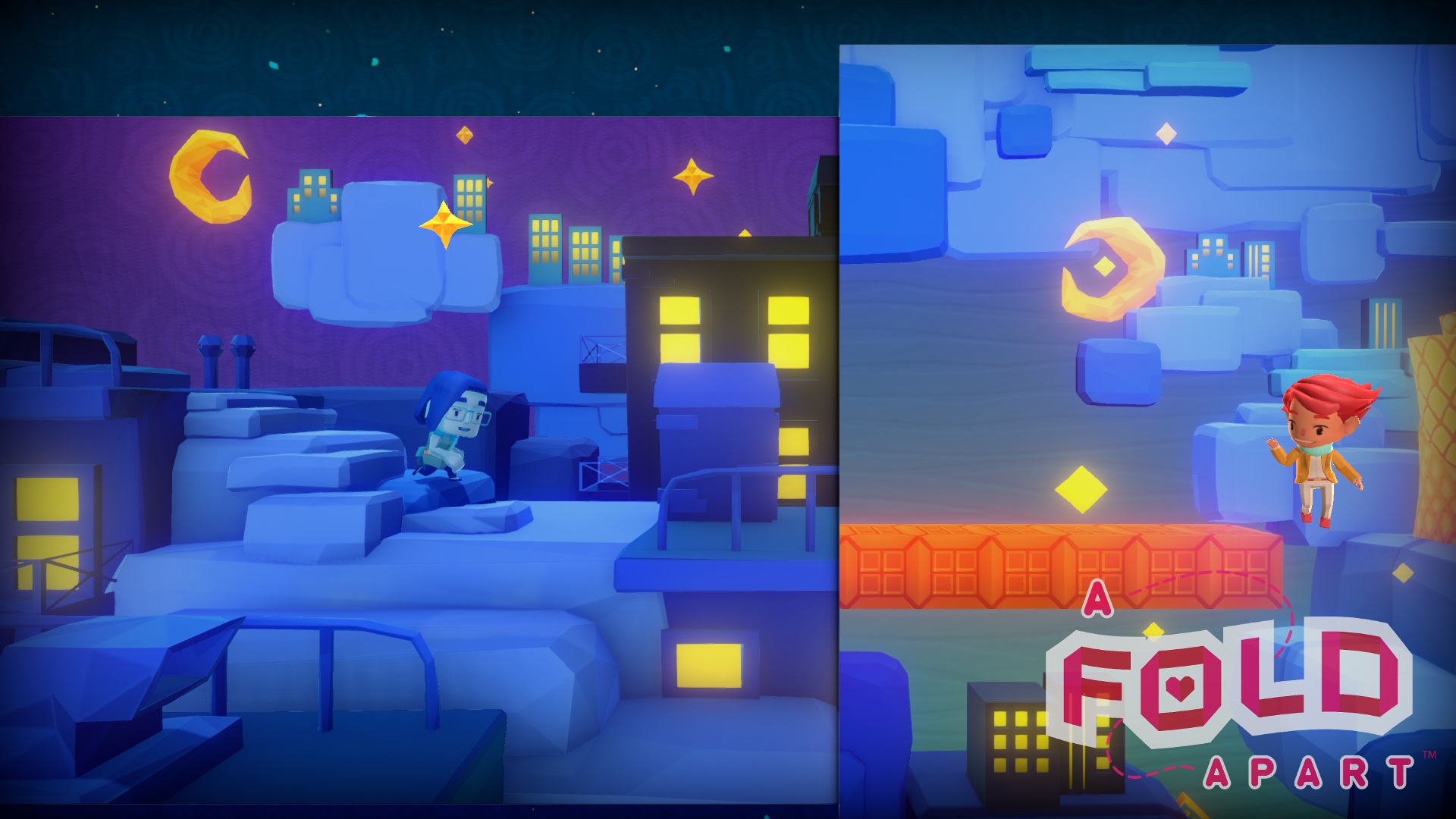 Writing natural-feeling human interaction is tough in any medium, let alone video games, but if you ask me the last few years have seen leaps and bounds in writing in games. As with most things, indie games are at the forefront of the push too, with notable recent examples like Mutazione and Afterparty highlighting how good dialogue can really sell a narrative. In that regard, A Fold Apart carries the torch proudly, even if the gameplay doesn’t quite match up.

A Fold Apart’s story of two lovers navigating the pitfalls of a long-distance relationship is both sympathetic and incredibly timely given the current state of things. It stars a couple (the configuration of which is up to the player, in a welcome touch) living in a country town whose living situation is shaken up when one, an architect, lands a huge opportunity at an office in a big city. The game follows a series of turning points in their journey, from both sides, between a mix of text conversations and internal monologues. The text chats cover the bulk of the story progression while each ‘chapter’ of gameplay typically follows one character while they attempt to process their feelings about the conversation prior, their inner thoughts playing out on-screen in thoughtfully-framed typography that flows with the level.

The triumphs in A Fold Apart’s narrative are two-fold (hah), with kudos deserved for both capturing the realities of these very personal trials and for doing so in a way that escapes any potential ‘cringe’ in its delivery. Simulating text exchanges in any medium is always a slippery slope, often either feeling too rigid and scripted or leaning way too heavily into the use of hip vernacular and internet shorthand. The couple represented in-game are neither tweens nor boomers, and so their conversations play out in perfectly plain language that flows just like a typical chat and even allows for occasional player choice in potential responses. The writing feels incredibly natural all-around, with some scarily relatable depictions of the kinds of anxiety, loneliness, depression and self doubt that can come with any major change in a relationship.

Tying all of this together is an interesting, albeit slightly less successful gameplay offering with a central mechanic that involves folding paper. Each of the game’s chapters takes one of the characters on a stroll through their craft-like world as they converse or contemplate, with sections of the environment floating in on paper sheets. Most new sheets represent a new, single-screen platforming puzzle that tasks the character with reaching and collecting a star to progress to the next scene. Doing so involves literally flipping, folding and rotating the scene to change the layouts, reveal the environments on the reverse sides and move objects in order to create a path to the star.

Though these puzzles are certainly novel and mostly satisfying to solve, they’re not as clever or tightly-designed as some of the better puzzle-platformers around. My biggest gripe with A Fold Apart’s puzzle design is that the logic needed to come to the right solutions isn’t consistent enough across the game. Rather than building gradually on lessons learned as the challenge increases, the game seemingly changes its mind on what works and what doesn’t from scene to scene. What’s there is certainly still fun, but there’s a level of polish that’s missing that can lead to unnecessary confusion in a lot of puzzles and time spent trying to execute solutions that should make sense  but don’t.

The lack of polish also extends to the game’s presentation, sadly. A Fold Apart does do some very creative and impressive things with its papercraft gimmick and the way it lets players bend and fold environments like, well, paper. There are a few unfortunate wrinkles though, at least playing on Switch, like distractingly choppy framerates in some scenes as well as fairly common physics bugs that can induce the need to either reset puzzles or the game itself. The overall effect is absolutely still charming and unique, and the compositions of scenes as the game layers multiple environments and text elements are especially cool, but there’s no denying it feels a tad rough.

A Fold Apart is a classic example of the kinds of creative and affecting experiences that make indie games such a compelling field. There’s a roughshod charm to the whole thing, and though some gameplay issues inevitably hold it back from true greatness they don’t dull any of the shine on the stellar writing and artful displays. Fair warning though; you may cry just a little bit. 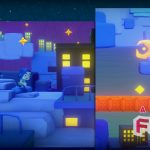 A Fold Apart Review
See You In My Reams
A charming puzzler that makes up for some occasionally awkward design with a simple yet intensely personal and emotional narrative
The Good
Simple, but very personal and relatable narrative
Superb writing that feels incredibly natural
Creative and often impressive presentation
Unique and fun gameplay ideas
The Bad
Choppy framerates on Switch
Puzzle design isn't as tight as it could be
Physics bugs can necessitate hard resets
7
Good

A Fold Apart Review
See You In My Reams
A charming puzzler that makes up for some occasionally awkward design with a simple yet intensely personal and emotional narrative
The Good
Simple, but very personal and relatable narrative
Superb writing that feels incredibly natural
Creative and often impressive presentation
Unique and fun gameplay ideas
The Bad
Choppy framerates on Switch
Puzzle design isn't as tight as it could be
Physics bugs can necessitate hard resets
7
Good
In this article:a fold apart, do a fart pal, gaming, indie, kieron verbrugge, narrative, pc, platform, ps4, Puzzle, review, switch, wellplayed