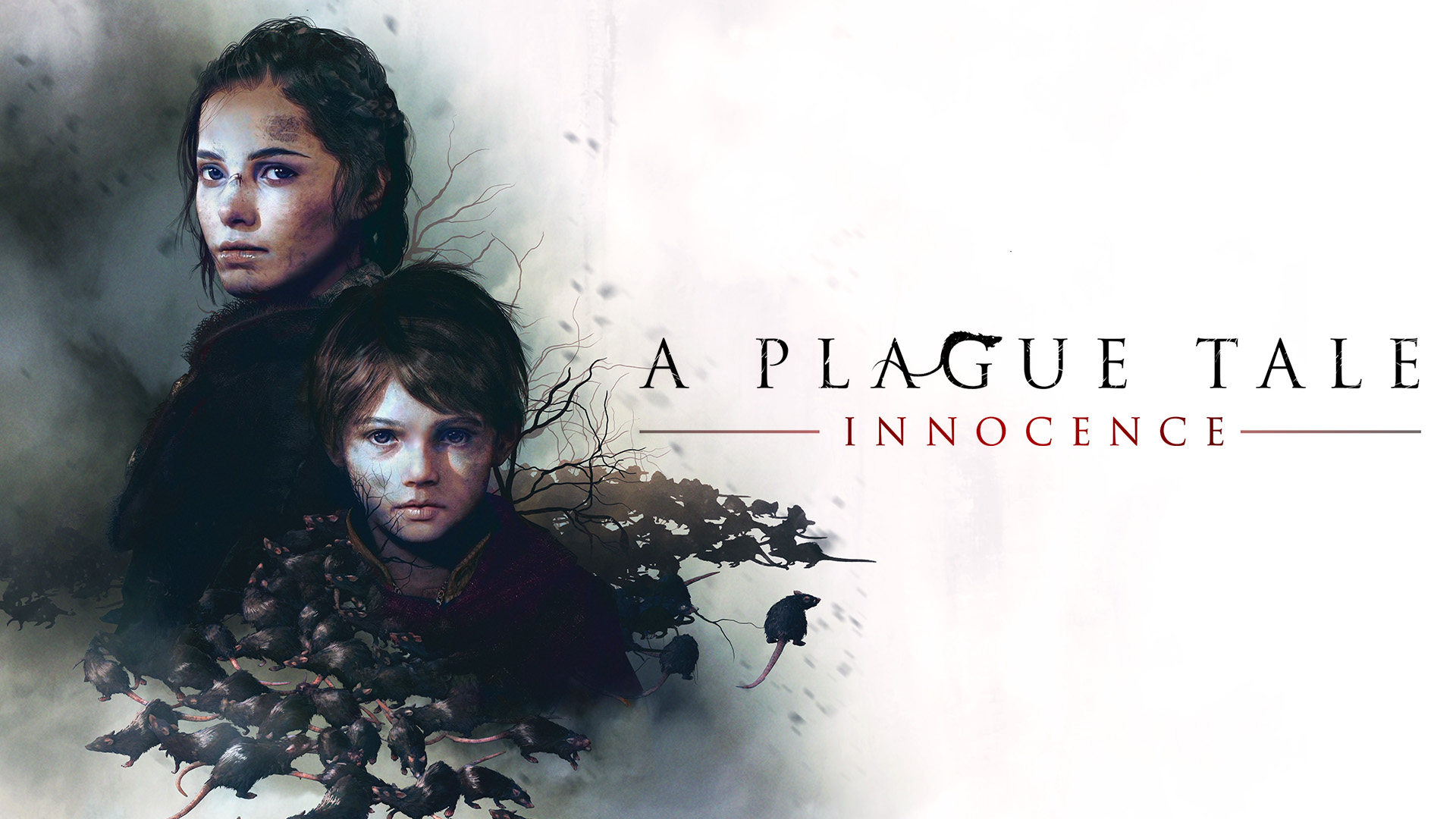 History is a fascinating beast. It features some of mankind’s greatest achievements as well as some of our darkest hours. Perhaps none more so than The Black Plague, a deadly pandemic that occurred from 1347 to 1351 and wiped out between 75 and 200 million people off the Earth’s population. The intriguing nature of history means that it serves as a great foundation for a video game, and Bordeaux-based developer Asobo Studios has tapped into that well for its medieval adventure game A Plague Tale: Innocence, using the Black Plague as the game’s backdrop. After playing through the game’s first three chapters earlier this year and being enraptured with it, I was curious to see if the full release could maintain the momentum and intrigue from start to finish.

Set in 1348 in the Kingdom of France, A Plague Tale follows the journey of Amicia and Hugo De Rune, siblings from a noble family who are forced to run from their home after tragedy strikes when the French Inquisition pays the family a visit. This is no typical house call either, with the Inquisition seeking the younger and sick (not with the plague) Hugo De Rune for reasons unknown at this stage. Playing as Amicia, the pair must evade the pursuing Inquisition and find a cure for Hugo, all while ensuring they don’t get their bones picked clean by plague-ridden bloodthirsty rats.

In A Plague Tale death is all around you – everywhere you look the plague has taken its toll. Asobo manages to paint a perfect picture of just how tough and macabre these times would have been. Dead bodies – both human and animal – are strewn across village streets or line fields as far as the eye can see with nothing but the flickering torch flames keeping the hungry rats at arm’s length.

Thanks to incredible writing, design and voice acting the characters are easily the star of the show. Everything from what they say and how they say it to the way they behave has been expertly crafted to ensure they act and sound like kids, none more so than the De Rune siblings who traverse the stricken world hand-in-hand.

Hugo, who is a stranger to the outside world having been kept inside for the majority of his life, will run off and play, prompting Amicia to panic until she’s found him before apologising. He’ll find flowers to put in Amicia’s hair, saying things like ‘you look really pretty’ or he’ll mispronounce words like aqueduct, saying ‘acky-duck’ before being told the right pronunciation. However, the biggest visual cue to their authenticity is whenever Hugo gets scared he will run back to Amicia, grabbing her hand for comfort and protection.

Amicia on the other hand is a strong independent young woman, but underneath the surface she’s still coming to grips with the events that have unfolded and the weight of expectation that has been bestowed on her. She’ll occasionally lash out at Hugo when feeling overburdened, but she will do whatever it takes to find a cure for her little brother.

By happenstance the De Runes will team up with others who have been afflicted by either the plague, the Inquisition, or both, forming a ragtag band of misfits of sorts. As the siblings’ journey progresses their bond grows stronger and evokes genuine care for the characters and their plight, with the relationship between Amicia and Hugo reminding me of Joel and Ellie from The Last of Us and Kratos and Atreus from God of War.

While it may seem like a perfect setting for a walking simulator, A Plague Tale’s gameplay is a lot more complex then it appears. Amicia’s main asset is her sling, and much like Kratos’ Leviathan Axe it’s the key to unlocking a safe path to the cure. Much like a Swiss army knife, Amicia’s sling has an array of purposes: it can be used to distract patrolling guards or to access areas that are restricted by chains, and it can also be used as a weapon to kill guards when there is no other option.

It’s easy to forget at times with all the chaos and death going on around them that the De Runes are still children, but the stark reality of the world around them sets in when they have no choice but to commit some abhorrent acts in order to survive. While video games are no stranger to death (and loads of it) – I mean who doesn’t love gunning down Nazis in Wolfenstein? – there’s something unsettling about unleashing a mischief of flesh-eating rats on another person, even if they are an enemy.

Let the bodies hit the floor

But that’s not all Amicia has at her disposal, and as your alchemy skills grow thanks to your newfound alchemist friend Lucas, Amicia will be able ignite extinguished torches and firepits, attract rats to a certain area (before sending them back to Hell), force soldiers to remover their helmets (allowing for a killer blow), as well as knocking them out with a potent concoction. Each attack or skill is easily accessible via a selection wheel in-game. The same goes for crafting, with the alchemy potions made up from ingredients found scattered across the environment (for which there is generally no short supply). Amicia is able to upgrade her sling, equipment and alchemy skills at any workplace, as long as she has all the required materials.

The biggest threat to your mission is, of course, the myriad of rats that are chomping at the bit to have more than a nibble on your flesh, and if you’ve got even the slightest phobia of rats then maybe play with 000 (911 for any American folk) on speed dial because there can be literally thousands of the bastards on-screen at any given moment. Their kryptonite is fire and light, and as long as you have flames or light to guide you you’ll be safe.

The challenge of staying alive becomes much trickier when the game cleverly merges the puzzles with the hungry rodents. More often than not you’ll have to create your own safe passage, whether by lighting the way or eliminating whatever is in your way. Amicia can’t do it all on her own, with either Hugo or one of the other misfits stepping in to lend a hand. It’s in these moments where then tension can rise quickly, especially when the stick you’re holding is about to extinguish and you have more than your own life in your hands.

I’ve been rather coy on a lot of story and gameplay details in the hope that you’ll experience the game for yourself. The linear story, which is excellently paced, had me hooked from the opening sequence until the very end (about 12-13 hours of gameplay).

Elsewhere the game is a visual treat to look at, with some truly gorgeous vistas and renditions of 14th-century buildings thanks to some highly detailed photorealistic environments, with dead bodies of humans and animals spread across village streets

Once again Olivier Deriviere has proved just how talented he is behind the baton with his fantastic soundtrack composition adding another layer to the game’s narrative. Whether it’s an intense chase scene or one of the more poignant moments, each scene’s music has been carefully composed to elicit the right emotion out of the player – I’d be lying if one or two moments didn’t have me somewhat glassy-eyed. While it might not be Deriviere’s magnum opus, it is far and beyond his most powerful and emotive.

The biggest blight on the game is how ridiculously stupid the enemy AI can be. With many sections of the game having an emphasis on stealth (some with instant death), it’s almost laughable how easy it is to avoid detection or capture. Moreover, some of the animations come across a bit stiff and the AI models aren’t spoiled for choice when it comes to appearance. Given the game is ultimately trying to tell you a story it doesn’t detract from the experience too much, however it does break some of the realism the game works hard to build.

Asobo Studios said they were hoping to craft a folktale for the modern generation, and to their credit they have done so with resounding success thanks to some incredible writing and character design. If this doesn’t give them a seat at the table in the top echelon of video game storytellers it will certainly put them in the discussion. 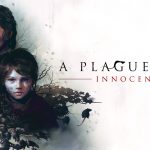 A Plague Tale: Innocence Review
Down With The Sickness
A Plague Tale: Innocence is a gripping, emotionally-charged story-driven experience that delivers not only one of the best narratives of the year, but one of the best games of the year.
The Good
Excellent character writing and design
Engaging narrative
Phenomenal soundtrack and voice acting
Clever puzzle design
14th-century France looks incredible
The Bad
Enemy AI can be downright dumb
9
Bloody Ripper

A Plague Tale: Innocence Review
Down With The Sickness
A Plague Tale: Innocence is a gripping, emotionally-charged story-driven experience that delivers not only one of the best narratives of the year, but one of the best games of the year.
The Good
Excellent character writing and design
Engaging narrative
Phenomenal soundtrack and voice acting
Clever puzzle design
14th-century France looks incredible
The Bad
Enemy AI can be downright dumb
9
Bloody Ripper
In this article:a plague tale innocence, asobo studios, Focus Home Interactive, rats