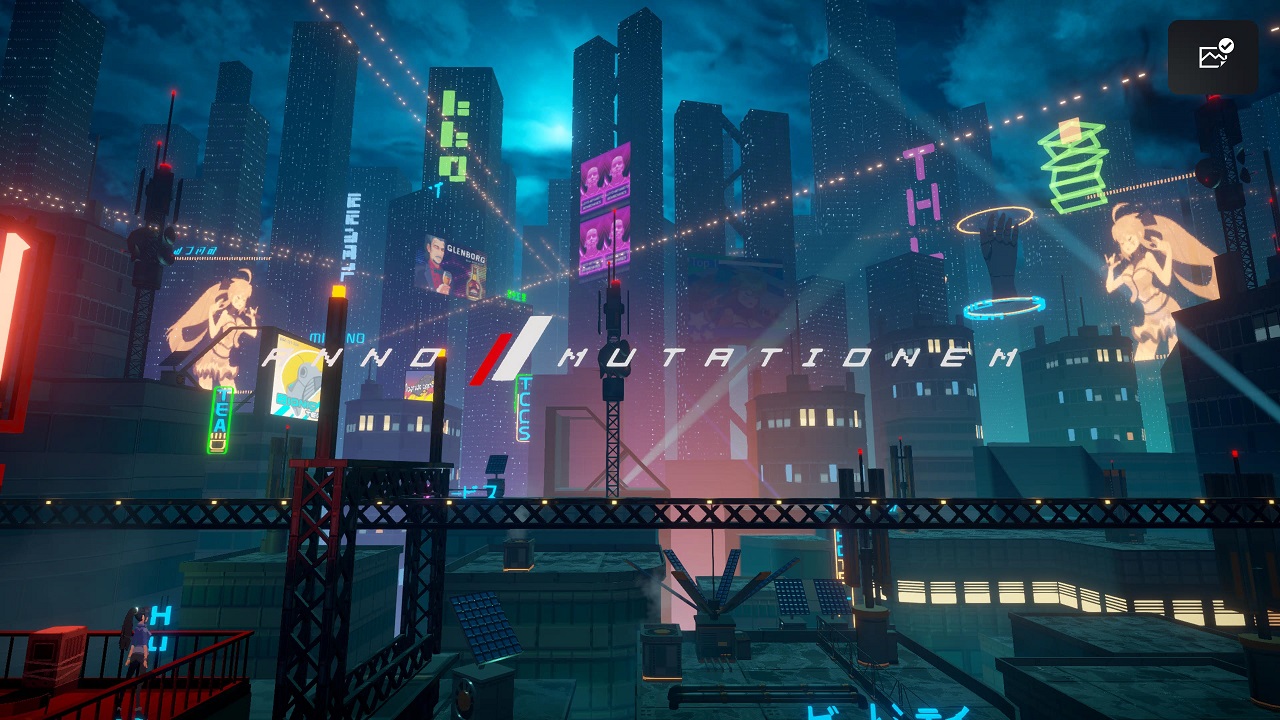 I’ll admit, the cyberpunk scene kinda lost me after the whole Keanu ghost debacle of 2020. I do love me a neon-drenched sky to marvel over, but the unfortunate burnout after the immense hype and subsequent disappointment of Cyberpunk 2077 slapped a wet blanket over the sub-genre and left it in the corner to gently rock itself to sleep for a while. Is now a good time for it to wake up and find some coffee? Not quite yet, but ANNO: Mutationem still has plenty to offer interested players.

You play as Ann Flores, an augmented, combat-ready hero who must go on a personal quest to discover where her brother has vanished to, with the aid of her partner (of sorts) Ayane and the somewhat good Doctor Doyle, who is actively trying to find answers to a mystery illness that afflicts Ann. Thankfully Doc has plenty of upgrades and ideas around Ann’s combat suit, which affords her various abilities when the road ahead requires them.

Beating them up on the side

From the get-go, ANNO: Mutationem presents itself as a side-scrolling pixelated masterclass, with cleverly constructed 2D and 3D environments featuring plenty of retro flair and 16-bit character designs that gel quite nicely within them. You can tell how much care has been put into every little detail, from the billboards and posters along the walls and the little references to video games and pop culture hidden around the area. The characters have just the right amount of pop to them too, as the bright, neon-infused environments settle in around them. It’s genuinely wonderful to watch in motion, but after a few moments in action it becomes clear that the presentation can’t quite paint over the cracks in the framework.

As an action-adventure, there’s a lot of general running back and forth through the semi-open sections of each cityscape, finding a few side activities or quests along the way. Most of these quests are forgettable and some can be easily missed. Others can be cute and silly distractions, such as joining the Mortal Corn Tournament (aka a fist fight in the city streets) in order to win a can of corn juice…apparently that’s a thing in the future. There’s also the enjoyable cocktail mini-game, tied to Ann’s sister Nakamura’s bar, a puzzler that you could sink a little time into on its own.

It isn’t as easy as it looks

The story itself does eventually open up to a few traditional 2D side-scrolling action levels, taking you across rooftops and through city streets to fight a myriad of human and robot enemies as you slash, shoot and dash your way through. I much preferred these action-focused sections of the game than any of the other environments on offer, if only because they offered a chance to make use of the many abilities and upgrades you find along the way. It’s where ANNO: Mutationem excels, with enjoyable yet challenging combat with varied enemy combatants and solid platforming. These are no better exemplified by the various boss battles you come across, giant mechs and the like that take time and patience to overcome.

Perhaps a greater focus on these levels would have benefitted the overall product, as the rest of the game and its dedicated hub sections that you can guide Ann through don’t feel as interesting to explore despite their visual flair. There’s an obvious whiff of anime antics amongst the rather cumbersome beats of the story, which at times feels too slow or awkward. The voice work with its moments of excellence is punctured by awkwardly long pauses, confusing visuals to match them or patchy dialogue on either side.

We all need an Ayane in our lives

It also doesn’t help that the narrative itself isn’t as compelling as it could be, with much of the adventure having to go back and forth across each location to reveal the secrets needed for Ann to uncover the truth. Ann isn’t an interesting character to play outside of her abilities, her look too being a staple cliché, and though those around her do their best to up the tempo or bring a little excitement to proceedings, none of it is as gripping as the concept makes it out to be.

That’s the biggest problem ANNO: Mutationem finds itself with, an exciting visual identity that’s let down by a lack of focus. When given the chance to let loose, controlling Ann’s combat abilities feels great and reminds me of the better days of side-scrolling fighting games, but there’s not enough of it to keep the pace running as the open areas and narrative slow things all the way back down. I wouldn’t have minded that if the story had been efficient or exciting, but unfortunately that’s not the case.

There’s no denying how good ANNO: Mutationem looks. The neon lights pop, the character animations are fun, and the combat (when it gets moving) is crisp and exciting. But pulling the focus away from those side-scrolling action sequences comes to the detriment of the overall package. The story never really pulled me in as much as I wanted it to, taking its time to build in the hope of creating intrigue, but all it did was remind me of how good the beat ‘em up sections would have been if the entire game had been built around them instead of filtered in-between. 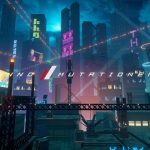 ANNO: Mutationem Review
Not quite a neon dream
I really did want to enjoy Ann’s story, it’s visually beautiful and has some clever little in-game tricks to its aesthetics. It’s just a damn shame the narrative couldn’t quite keep up, leaving ANNO: Mutationem a visually stunning but muddled, confusing game.
The Good
Ann's world looks incredible
Action is tight and enjoyable
Some of the mini-games are clever distractions
The Bad
The narrative just isn't compelling
Open environments aren't as fun as the side-scrolling fights
More work should have been done on making these characters truly interesting
7
Good

ANNO: Mutationem Review
Not quite a neon dream
I really did want to enjoy Ann’s story, it’s visually beautiful and has some clever little in-game tricks to its aesthetics. It’s just a damn shame the narrative couldn’t quite keep up, leaving ANNO: Mutationem a visually stunning but muddled, confusing game.
The Good
Ann's world looks incredible
Action is tight and enjoyable
Some of the mini-games are clever distractions
The Bad
The narrative just isn't compelling
Open environments aren't as fun as the side-scrolling fights
More work should have been done on making these characters truly interesting
7
Good
In this article:ANNO: Mutationem, cyberpunk, mark isaacson, Neon, Side Scroller, ThinkingStars