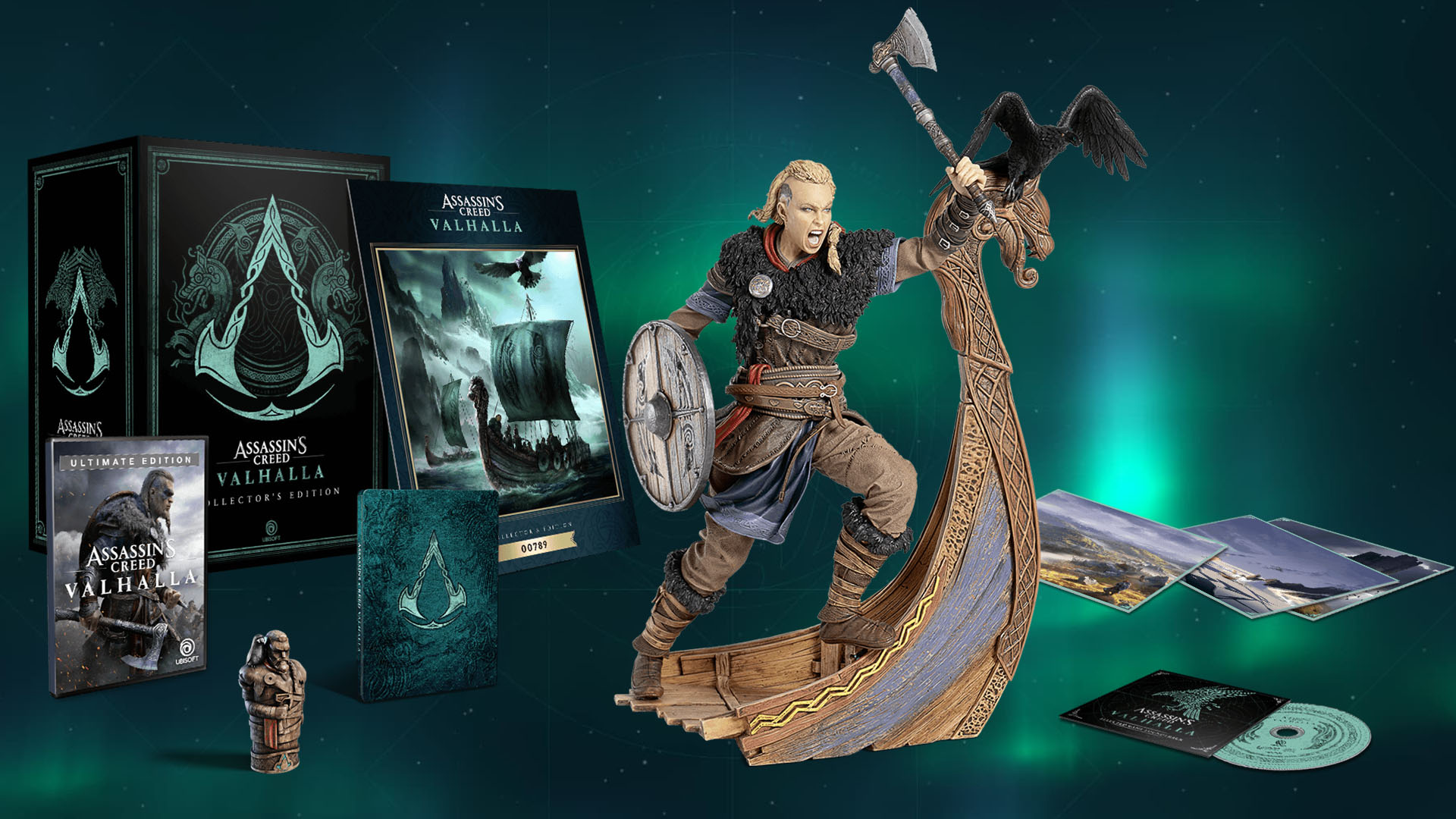 Now that Assassin’s Creed Valhalla has been officially revealed and we have a little more information on the game’s setting, as well as it’s main character, Eivor, it’s also tradition for Ubisoft to reveal the multitude of different physical and digital versions of the game available to pre-order.

As per usual, the big fancy package comes with a big fancy Assassin statue (hope you’ve been collecting them all!) and I’ll admit I’m actually pretty impressed with Valhalla’s go at it. Not only because it looks dope as hell, but also because Ubisoft have seemingly opted to feature the female version of Eivor to spearhead (heh) this one. Check out the full Collector’s Edition package:

The game doesn’t yet have a strict release date other than Holiday 2020, but you can already hop on over to the Ubisoft website and pre-order the Collector’s Edition for a cool $309.95 AUD.

Will you be picking up any of these versions this far in advance?