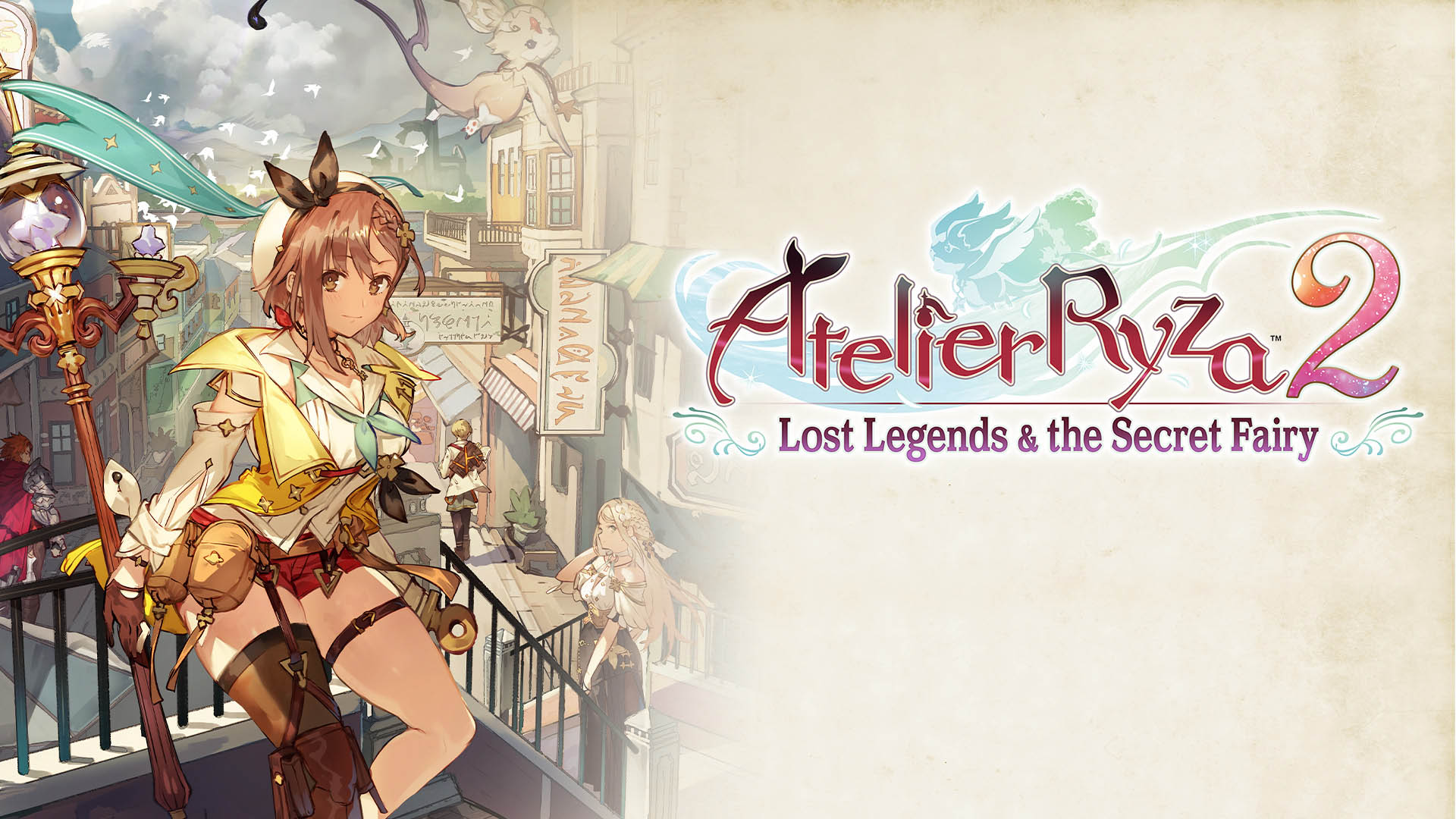 Before the first Atelier Ryza, I hadn’t touched a game in Japanese developer Gust’s long-running alchemy-RPG franchise since the PlayStation 2’s Atelier Iris trilogy. With each new entry that cropped up across each new console generation I’d find myself tempted to dip the ol’ toes back in, but just never got as far as booting one up until I was lucky enough to score a copy of Ryza (subtitled Ever Darkness & the Secret Hideout) gratis very recently. Not knowing entirely what to expect, I was pleased to find the spirit of the series that had grabbed me so long ago was completely intact. A light-hearted, comfortable and moreish JRPG full of wholesome relationships and cute outfits is exactly the vibe that January 2021 demanded, and it just so happened that a sequel was right around the corner.

Atelier Ryza 2: Lost Legends & the Secret Fairy Review picks up three years after the events of the first game and, without spoiling too much if you’ve not played it, sees now-fully-fledged alchemist Ryza leave her small town island home for the capital city of Ashra-am Baird on the request of some old friends. In typical Atelier fashion, what follows is a tale largely devoid of urgency save for its closing chapters, with the focus almost entirely on discovery and character relationships.

This begins with the sequel’s new setting, a region comprising the aforementioned capital city and surrounds of varied biomes. Much like the first game, the discovery of ancient ruins with a mysterious connection to the art of alchemy soon sets things in motion with Ryza and a party of both old and new faces setting out in search of answers. In an effort not to reveal anything that isn’t already made abundantly clear on the game’s box art, a lot of the old gang is here, along with some new companions including a mysterious and adorable creature named Fi with its own ties to the game’s mysteries. As with the first Ryza, the core narrative is thin on the ground in comparison to both the slowly-unfolding history of the world and the huge number of interactions with both party and side characters that form the game’s hefty serving of side content.

Ashra-am Baird and the many lands and ruins around it certainly look the part, with Ryza 2 taking the franchise to new visual heights. The city itself is a more sprawling locale than anything in the first game, and the many fantastical places the adventure takes Ryza to are wondrous in design. There’s definitely still that unmistakable ‘AA anime game’ look to the whole thing, but it’s easily one of the most vibrant and impressive examples I’ve seen to date. The game’s art shines through most of all, continuing the series’ penchant for wonderfully over-the-top costume designs, sickeningly-adorable creatures and gaudy architecture – all of which I absolutely intend as praise. If only there was a way to dial back the egregious amount of blinding white bloom lighting in some areas, lest my eyes become any more screwed up than they already are.

This also marks the first Atelier game for the new generation of consoles, with Ryza 2 making the jump to PlayStation 5 on top of its appearance on PS4, Switch and PC. After extensively playing both the PS4 and PS5 versions I can vouch for a good experience either way, although the PS5 has a definite edge in overall fidelity and performance, heading toward 60fps in most cases while the PS4 sits closer to 30 (as far as my eyes can make out). Load times are also significantly shorter, or non-existent, on PS5 which is super handy for zipping around the world map. The only unfortunate news is that while purchasing either the PS4 or PS5 version grants access to the other at no cost, there’s currently no way to transfer save data between the two.

Fair warning though – if the constant, repetitive vocal clips that played in Atelier Ryza whenever you did just about anything drove you as mad as they did for me, that hasn’t changed. I wish, I truly wish there was a way to disable them without completely knocking out all spoken dialogue in the game but that wound up being a price I was willing to pay for my own sanity.

As with its presentation, meaningful updates over revolutionary changes are the name of the game for Atelier Ryza 2’s many gameplay systems. The core four-way split of exploration, gathering, combat and alchemy is intact here, but almost every aspect has been touched up in some small or large way to make the experience that much better.

Combat is one of the more significant upgrades, building on the first game’s unique quasi-turn based battle system that saw combatants accrue tactical points (TP) over each turn in order to perform bigger and better attacks as battles progressed. That same idea continues here, but with tweaks that make it feel less rigid and reliant on specific strategies. Defence happens in real time now, for example, with a dedicated guard button that can be used in or out of turn and rewards bonus TP when timed perfectly to an incoming attack. That TP can also be spent in new ways like performing multiple special attacks in a turn when the pool is large enough, or interrupting battle to quickly use an item or two.

The Core Crystal system also makes a return, though again it’s more flexible than ever. Items are still infinitely reusable and work by equipping them to each party member’s limited number of Core slots, but they no longer need to be recharged by resting or burning up other items. Instead, CC is built up simply by battling and at a fast enough rate that makes items a more viable way to both damage enemies and keep team members alive. Conversely, all of the extra leg room in the game’s combat system does somewhat remove the need for keen alchemic principle and item strategy that the first game exhibited, but it’s a small sacrifice for an overall better experience.

When it does come to performing alchemy, the staple of any Atelier game, it’s a similar story. The bones of the same system are in place, but it’s all a bit deeper and more ductile than before. The biggest addition is that of a skill tree that governs Ryza’s alchemic ability (in a cute touch, the game explains away the fact that her competence has taken a massive backwards leap as simply a product of an unfamiliar environment, which I feel is totally fair). Skill points are earned through both practising alchemy and completing quests, and are spent on unlocking new item recipes, adding new options to the alchemy menu and also boosting Ryza’s ability to forage ingredients in the field.

The actual process of item creation is largely the same, aside from a few tweaks. You’ll still pick an item to synthesise and attempt to fulfil its unique requirements by placing ingredients in a series of connected nodes, each calling for particular traits. It’s a compelling system, putting the onus on the player as to an item’s final quality and properties, and allowing for a ton of experimentation and expertise in figuring out how to manipulate those properties and pass them on through the refining process to make masterpieces. For those with zero patience like myself though, the new auto-synth function is a godsend for quick and dirty alchemy jobs, and some new forms of gating on nodes keep things interesting. A handful of brand-new mechanics that reveal themselves in the latter two thirds of the game add even more layers to both synthesising and material collection and should keep hardcore alchemy fans more than engaged, as well.

Layers are what keep Ryza 2 so compelling, at the end of it all. Despite having dumped dozens of hours into the first game only weeks ago, the sequel does very well to combat any kind of fatigue in its core gameplay loop. Not just in combat or alchemy, but in the moments between as well. A bolstering of the request system, that adds an infinitely replenished bank of simple hunting and gathering commissions and feeds into a city-wide reputation and reward structure gives even more motivation to simply explore, collect and fight. And while I admittedly found myself glossing over them towards the later dungeons, the lite-investigation mechanic when delving into the ancient ruins goes a long way to break up some of the monotony of walking corridors and smacking down identical monsters.

Ryza’s range of movement is greatly expanded too, from crawling and climbing to full underwater exploration, and even riding mounted beasts. That extends to some very welcome quality-of-life updates like the ability to jump over small ledges or drops in vertical parts of maps, removing a lot of the annoying invisible walling found in the first game. The game’s UX itself is vastly improved as well, from the form and function of its UI to improvements in ingredient gathering – being able to see each potential ingredient result in the gathering tool wheel is just bloody lovely. The biggest payoff for all of Ryza 2’s systemic changes is that game progression is far more malleable and open-ended, with the Metroidvania-lite elements allowing for a degree of player choice in the order of things and the various, interlocking systems feeding a structure that’s far less rigid this time around and infinitely more rewarding.

Atelier Ryza 2: Lost Legends & the Secret Fairy is just about the perfect sequel. Without sacrificing the spirit of its predecessor, it carefully iterates on just about all of its core systems to make something that feels familiar and comfortable to fans while side-stepping any notion of sequel fatigue. Obscenely annoying vocal quips aside, it’s a massive step up in presentation for the franchise as well, especially if you’re lucky enough to be playing on a PlayStation 5 or capable PC.

Reviewed on PS5 and PS4 // Review code supplied by publisher 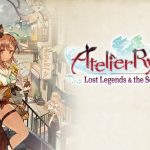 Atelier Ryza 2: Lost Legends & the Secret Fairy Review
Atelier Two Cities
This sequel to an already-decent entry in the Atelier franchise makes improvements in just about every area, giving fans good reason to reunite with Ryza and pals for another alchemy-filled adventure
The Good
Same chill, endearing narrative and characters
Gameplay improvements across just about every mechanic
Improves on an already-great visual style
Quality of life updates are welcome
The Bad
Inconsistent performance across PlayStation consoles
Constant menu commentary and battle cries are super annoying
No PS4/PS5 save transfer
8
Get Around It