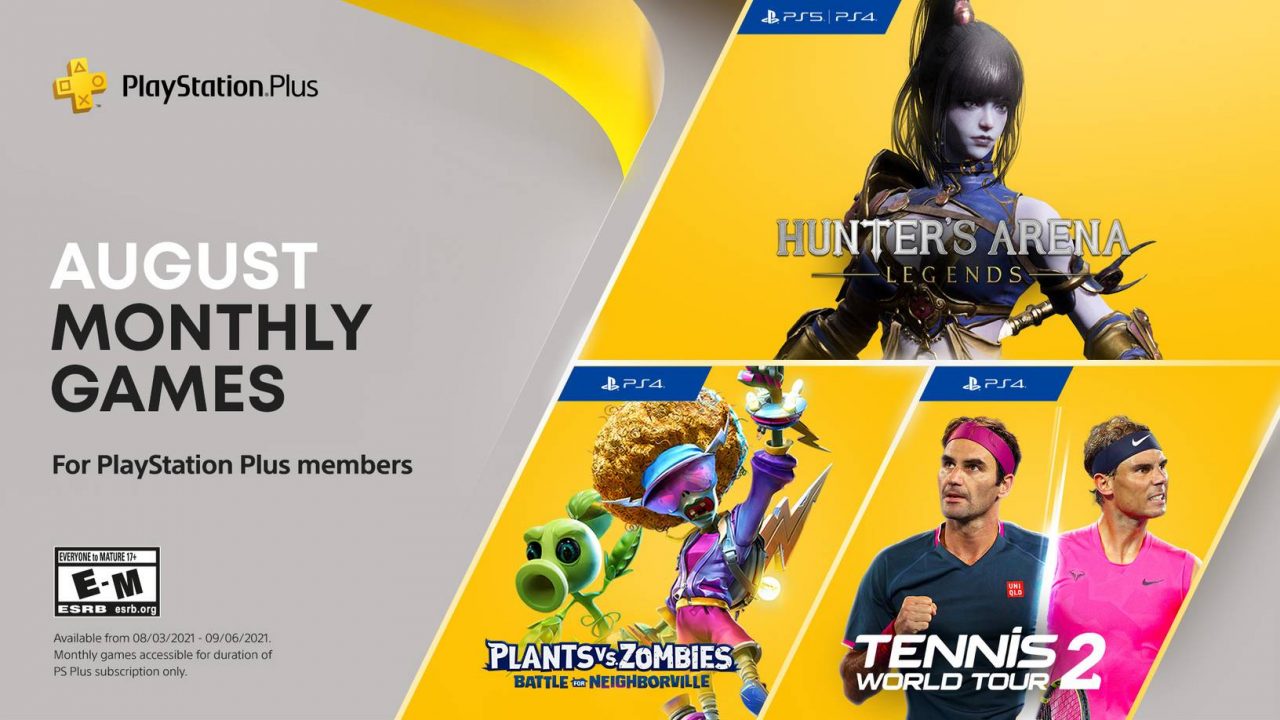 Huh, when the games get leaked ahead of time it takes a bit of the wind out of my sails. Regardless, the new month approaches so it’s time to look forward to what we’ll be adding to our ever-growing library. In July we were given A Plague Tale: Innocence, Call of Duty: Black Ops IIII and WWE 2K Battlegrounds, providing an interesting mix of single and multiplayer experiences. Leaked and then officially announced on the PlayStation Blog, the next bundle of PS Plus games are an even stranger collection, with Hunter Arena: Legends, Plants vs. Zombies: Battle for Neighborville and Tennis World Tour 2 hitting the service on August 3.

Announced to be a part of this line-up during the most recent State of Play, Hunters Arena: Legends is a 30-player PvEvP battle royale set in ancient times. Players will choose their character and fight against droves of demons that plague the map, all while fending off other hunters that wish to be the last standing. It’s another battle royale, yes, but being on PS Plus definitely gives the game a chance to prove itself.

Back before Garden Warefare was released, I don’t think anyone could’ve predicted that the Plants vs. Zombies series could successfully make the jump from tower defence to a third-person class shooter, but here we are. Battle for Neighborville is the third game in the Garden Warfare spin-off series, allowing players to choose from 20 unique characters as you battle for backyard supremacy. With co-op, online multiplayer and PvE options aplenty, PvZ will be sure to put a smile on your face.

I’ll level with you, I’m not a huge sports fan, so you’ll have to go easy on me here. Tennis World Tour 2 put the racket in your hand and asks you how you want to play, Whether it be in a casual match or in online ranked play, you’ll have every opportunity to hit the court (did I say that right?). A career mode will also have you managing your own equipment, staff, season and sponsors, which will no doubt have tennis fans making a racket.

If you haven’t added A Plague Tale: Innocence, Call of Duty: Black Ops IIII, WWE 2K Battlegrounds and Virtua Fighter 5 Ultimate Showdown to your library yet, you’ve got until August 2 to do so.

Are any of these games tickling your fancy? What game would you like to see in September’s line-up? Let us know in the comments or on our social media.