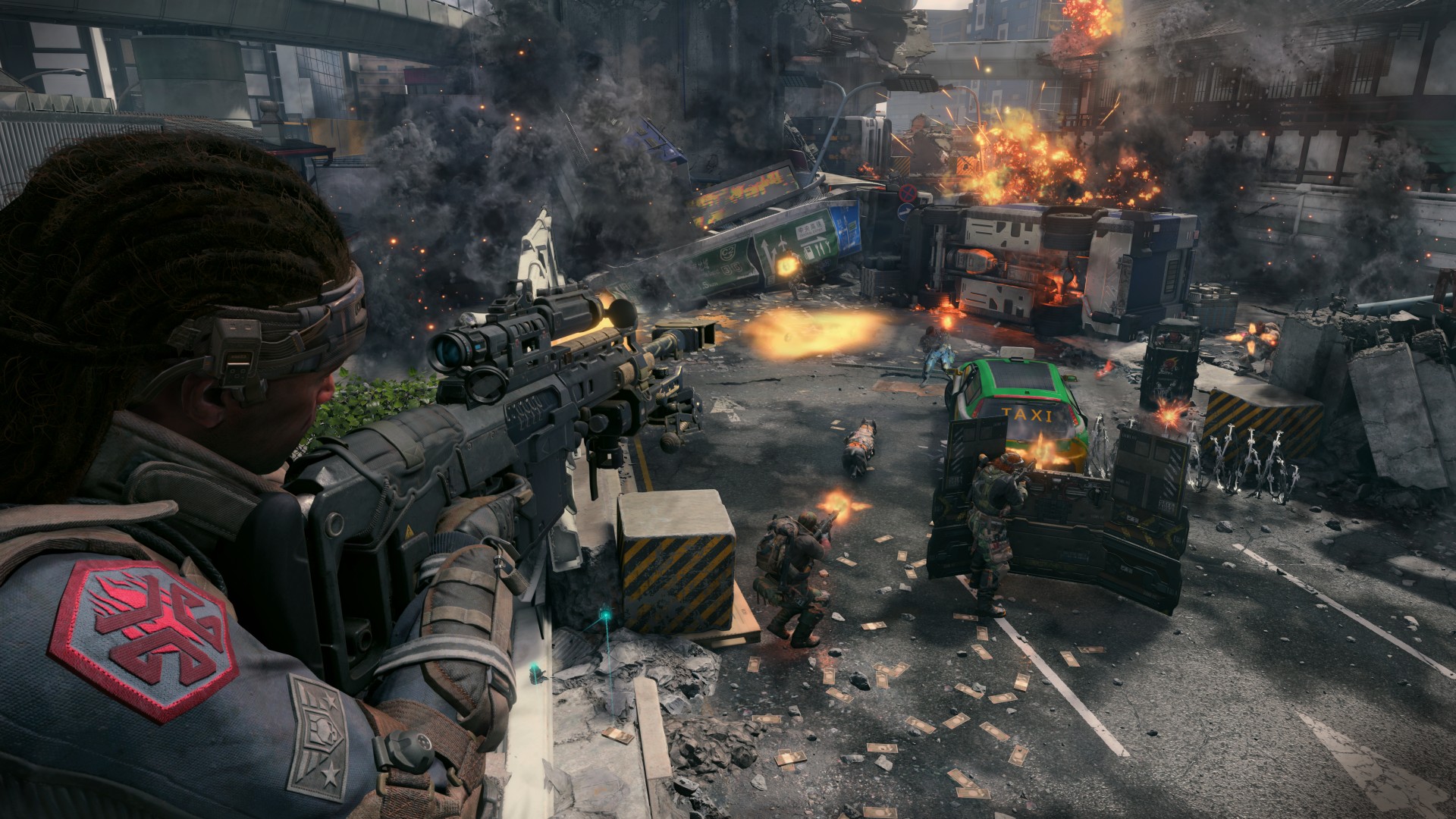 Call of Duty: Black Ops IIII is proving to be a strange beast indeed.

It has no single-player mode, except when it does. Its battle royale feature, Blackout, is apparently better than first impressions made it out to be. There’s even been a cross-promotion with, wait for it, cod.

But Black Ops IIII’s digital success comes with a catch.

In physical sales, this year’s entry in the iconic series has seen its lowest figure in more than a decade.

That said, Black Ops IIII is still the second-biggest physical launch of the year. On launch day, according to Activision, ‘the total number of people who connected online to play Black Ops 4 increased from last year’s release’.

There are other reasons to hold off apocalyptic statements about the series’ future. Call of Duty games have been traditionally come out in November, a trend that Black Ops IIII has bucked. The last time a Call of Duty game was released in October was Call of Duty 2 in 2005.

There’s still plenty of time for more legwork, not forgetting the immensely lucrative holiday season. But the signs are there, and they tell a very convincing story: Physical games are on the way out or, at the very least, becoming niche.

So, what does this mean?

Digital games swallowing up the entire industry is something I’ve talked about before. This is simply another sign of the impending obsolescence of physical media. I’m not the only one saying this, either: Analysts have predicted that video games will be all-digital by 2022 – albeit courting controversy by saying so.

Skeptics argue that December could skyrocket physical sales, like it does for many titles. But here’s the rub: Destiny 2 enjoyed a strong majority of digital for its (then) record-breaking launch, as well as being the second-best selling game of 2017. And yet, it failed to make the top-sellers list in December of that year – just three months after its release.

That said, Call of Duty: WWII was the top dog of that month. Perhaps the brand will be enough to float physical sales. Hell, predictions say that physical sales will go up these holidays, from the same point in 2017.

But Activision’s digital sales records being broken twice in as many years comes across as a grim warning, coldly told over a bubbling cauldron by an e-witch: ‘Hail, MacDigital, that shall be king hereafter!’