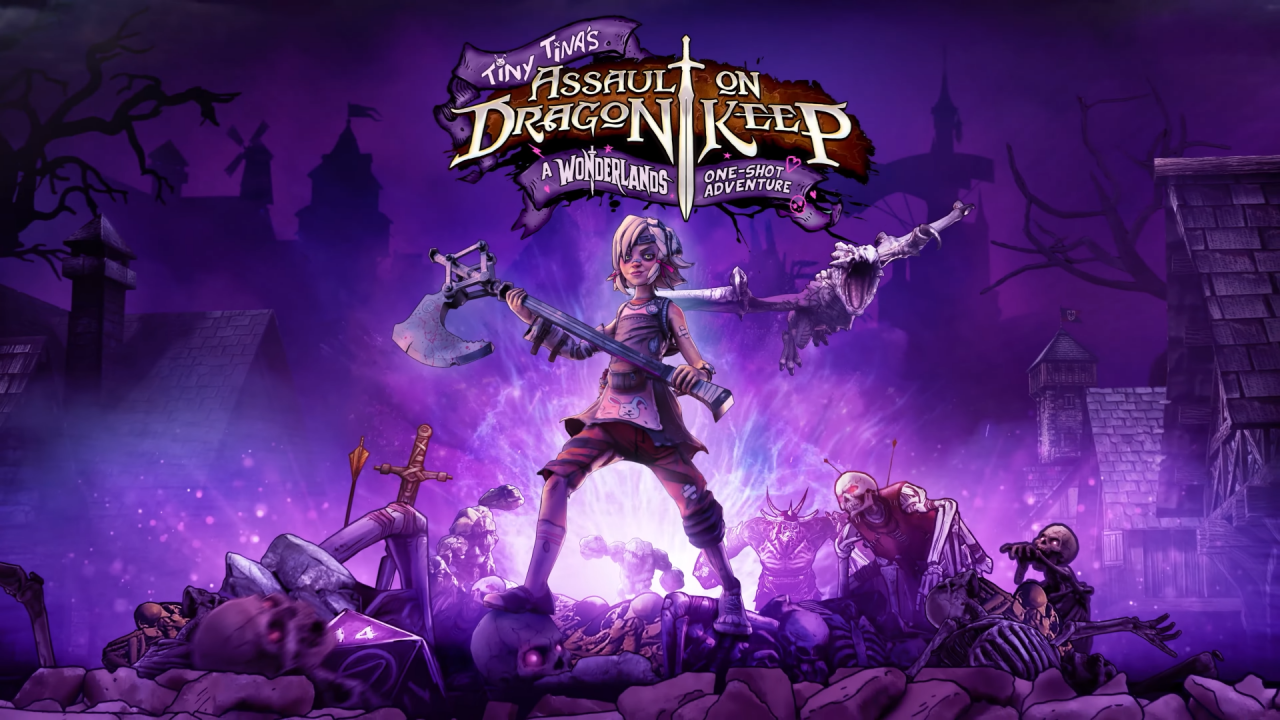 2K and Gearbox Games has announced the release of Tiny Tina’s Assault on Dragon Keep: A Wonderlands One-Shot Adventure.

Originally released as DLC for Borderlands 2 back in 2013, this D&D-inspired expansion has the vault-hunting team play a Bunkers and Badasses’ campaign, with the eccentric Tiny Tina acting as the Bunker Master. It was and still is regarded as Borderlands 2’s best individual DLC, largely thanks to its fantasy setting and crazy premise, and will make for the perfect bridge into Tiny Tina’s Wonderlands.

Tiny Tina’s Assault on Dragon Keep: A Wonderlands One-Shot Adventure is available now on PS5, PS4, Xbox Series X|S, Xbox One and PC for AU14.95. You can also download it for free on the Epic Games Store until November 16.

Did you play Assualt on Dragons keep back in 2013? Will you be playing it now that it’s a standalone release? Let us know in the comments or on our social media.