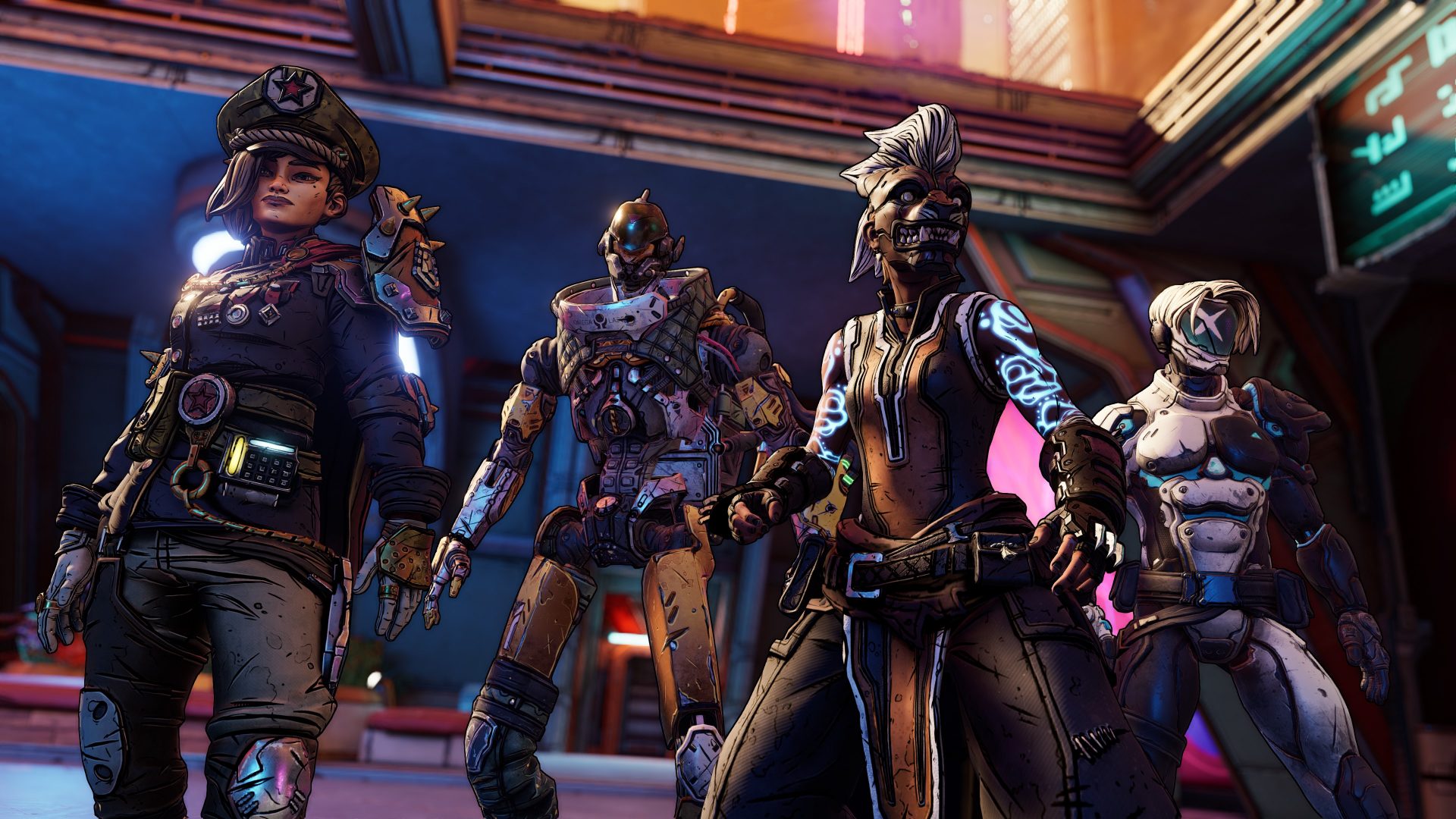 Borderlands has been a popular series for quite some time now. The cell-shaded looter-shooter continues to be humorous and ridiculous in equal measure, with Borderlands 3 being the most recent outing (we gave it a 7.8). As we’re heading into the next generation with the PS5 and Xbox Series X/S, many games are offering free upgrades from current-gen to next and BL3 is no exception, as 2K has previously announced that it will be receiving such an update day and date with the new pieces of hardware.

That’s not all though, as 2K has recently announced the Borderlands 3 Ultimate Edition for PS4, PS5, Xbox One, Xbox Series X/S and PC that will include the base game, a number of cosmetic packs, Season Pass 1 and the upcoming season pass 2. As another added bonus, the ultimate edition will also include the Final Form character models for each of the playable characters (pictured above). Australian pricing hasn’t been announced as of yet, but the Ultimate Edition will be US$100 which equates to roughly AU$140-150.

Releasing on November 10, the Designer’s Cut will include a new skill tree for each of the playable characters and a new mode called Arms Race. Arms Race is a roguelike(-like) mode that challenges players to level up their vault hunter from scratch while battling enemies and collecting loot in a randomised Stormblind Complex. As soon as players are dropped into the level they are racing against the clock to collect loot and extract before a deadly storm rolls through. There will also be a primary boss named Heavyweight Harker waiting for players who want to get their hands on the best loot possible.

If you’d prefer to listen to the dulcet tones of Kinda Funny’s Greg Miller explain away the new content rather than read my dribble you can do so here:


Borderlands 3 Ultimate Edition release on PS4, Xbox One, Xbox Series X/S and PC on November 10 and on PS5 on November 13.

Are you still playing Borderlands 3? Will you pick up the Ultimate Edition? Let us know.