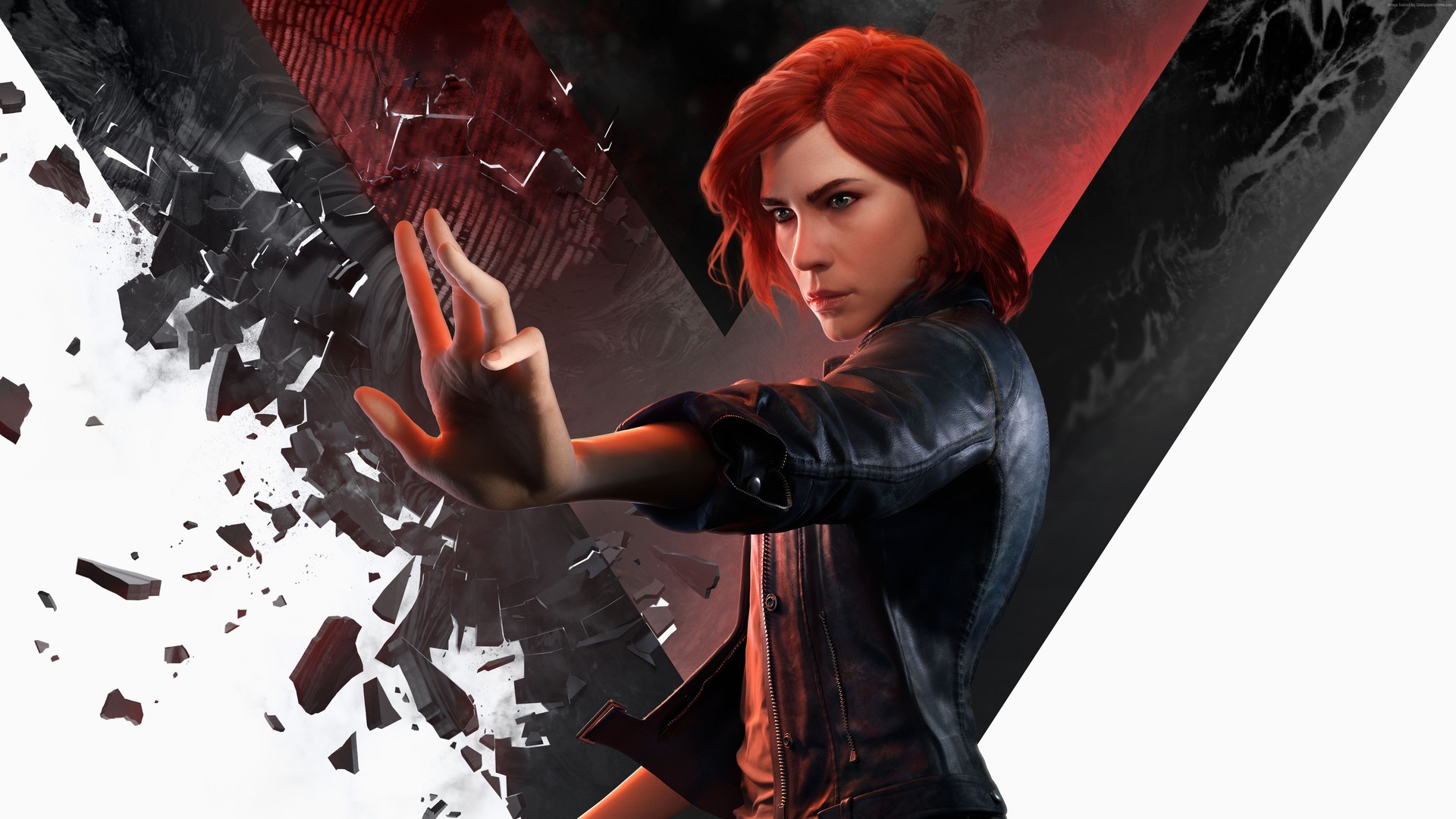 Finnish developer Remedy occupy a warm space in many gamers’ hearts, and while perhaps not a juggernaut development outfit, they’ve certainly created a name for themselves with some successful cult hits. Alan Wake and the iconic Max Payne series are probably their most well known franchises, but they’re also the minds behind the divisive Microsoft exclusive Quantum Break (a game that seemed to be either loved or hated by the gaming populace). Playing Control brought back many memories of Remedy’s time-travelling TV show/game hybrid, in both positive and negative ways. While Control serves up an interesting and intrinsically whacky narrative, its combat and RPG systems only manage to flirt with innovation and the game in general undersells some of its more novel aspects.

Into the mouth of madness

You play as Jesse Faden, a young woman in search of her long-lost brother, whose search has brought her to the Federal Bureau of Control (or FBC) in New York. Don’t let the FBC moniker scare you, this is not some shadowy government organisation. Oh wait, that’s exactly what it is. The FBC are an organisation responsible for dealing with paranormal incidences occurring throughout the world. Partly made up of industrial-scale cover-up experts and nerdy science types studying the paranormal, the FBC’s main directive is to convince the world they don’t exist, while keeping the public blissfully unaware that all those ghost stories about possessed objects and malevolent beings from other dimensions do actually have a fair bit of clout to them. Within minutes of arriving at FBC headquarters in search of her brother, Jesse finds herself slipping into the uncomfortable shoes of the FBC’s Director, and is set to have one hell of a first day. That’s right, no corporate ladder climbing required, just pick up the gun from the recently deceased former Director and bam! You’re the boss lady.

There’s little time to smoke cigars and play mini-golf in your office as the freshly anointed boss, as a malicious trans-dimensional entity dubbed the Hiss has infected many of the workers in the building and threatens to escape the confines of the FBC headquarters if allowed to spread unchecked. Find your brother and investigate the Hiss while bearing the weight of command and maintaining sanity. Simple.

From early impressions of the game I believed that it was likely to lean towards the side of psychological horror, but Control quickly reveals itself as a slightly different beast. There’s a general quirkiness and almost campy vibe to the proceedings redolent of the X-Files and Twilight Zone, and it eschews scariness in favour of endearing sci-fi goofiness. A mysterious janitor, a haunted fridge and an interdimensional portal-opening slide projector are all part of the fun here. Some attempts at seriousness are a bit hit and miss, and the pace can slow to a trickle at times, but the denouement eventually kicks things up a gear and serves as a satisfying if exceedingly weird crescendo.

The entirety of the game takes place in the FBC headquarters known as The Oldest House, an odd place featuring constantly shifting walls and links to the mysterious astral plane. There’s a Metroidvania-esque style to the game, whereby sections of The Oldest House are off limits until you obtain higher security clearances. Exploration is encouraged, and many sidequests are actually quite well hidden unless you venture off the beaten path. The cavernous nature of The Oldest House means that its home to quite a few unique environments including a quarry and a power plant, so it’s not all office spaces and mail rooms (although they certainly feature heavily). While the setting is interesting, I do feel that some spaces are underutilised. The Black Quarry is quite a striking underground area, with gleaming obsidian rock features and sparse fluorescent lighting giving it a beguiling beauty. The issue is that the objectives within the Black Quarry are extremely brief and anticlimactic, doing the beautifully crafted space a bit of a disservice.

There’s a general quirkiness and almost campy vibe to the proceedings redolent of the X-Files and Twilight Zone, and it eschews scariness in favour of endearing sci-fi goofiness

This is a third-person action game at heart, and while the mechanics are relatively solid, there’s not too much that’s likely to surprise you. Your arsenal is effectively two-pronged, being comprised of your gun known as the Service Weapon, and your ever-growing supernatural abilities gained by binding Objects of Power throughout the course of the game. The Service Weapon is a cool concept on paper, being a projectile-based weapon that morphs into various forms that all share a common ammo pool. The problem is while all the forms are certainly functional, none of them are particularly interesting. A standard pistol, a charged pistol, an SMG, shotgun and grenade launcher eventually make up your Service Weapon forms, and they work as intended, but I wouldn’t consider them…memorable. You can also only quick swap between two forms at a time, which is a bit of an odd design choice given there are few enough that they could be mapped to the D-pad to give the player more freedom on the fly.

More interesting are your supernatural abilities, and the game encourages you to use them liberally in tandem with your Service Weapon. This includes evasive and defence manoeuvres like a dash and a shield, and offensive powers such as telekinesis and the ability to turn weakened enemies against their allies. Telekinesis is far and away the most useful of these abilities, and hurling furniture at enemies, rocks at enemies, forklifts at enemies, or even enemies at enemies remains satisfying from start to finish. It is however a little on the overpowered side, and I found myself using it almost exclusively in the vast majority of donnybrooks against the Hiss. There’s a general lack of challenge in much of the combat because of the powerful telekinesis ability, and can make encounters feel a little humdrum and formulaic. The final missions do start to dial things up a bit and require you to switch up the tried-and-true tactic of picking up stuff and hurling it at your foes, but most of the game is not nearly as demanding. All of your abilities can be upgraded with points gained from completing missions, unlocking variations that give them more spice and injects a little more diversity to your abilities.

Elevating the combat is the insane physics engine under Control’s bonnet, where it feels like they’ve mapped the velocity, density and momentum of objects down to the atomic level. Prodigious lighting and rich texturing also help heighten the action, and when a fight is in full swing and objects are flying across the room and things get explodey Michael Bay style it’s a sight to behold. There’s also an impressive sense of scale to some of the areas, that occasionally make you forget that you’re within the confines of a single building.

However, all of this fine detail and meticulous physics come at a heavy price, and on the technical side of things the game suffers some severe issues. Playing on the Xbox One X, during heavy action sequences there are more dropped frames than a clumsy removalist, and every time you fast travel there is a good five or so seconds of slow down where the game lurches and shudders significantly to try and catch up. This same issue is observed in opening the pause menu to modify your loadout and check quest logs too, meaning you really won’t go far in Control without encountering performance issues. I also encountered a bugged side mission and some audio desyncing, but these issues are something the developers are planning on addressing in a day one patch (as has become tradition in modern gaming).

Stop looking at me swan

Elevating the combat is the insane physics engine under Control’s bonnet, where it feels like they’ve mapped the velocity, density and momentum of objects down to the atomic level. Prodigious lighting and rich texturing also help heighten the action, and when a fight is in full swing and objects are flying across the room and things get explodey Michael Bay style it’s a sight to behold.

Control’s setting and quirky narrative and tone are its greatest assets, with its strong art direction and graphical fidelity coming a close second. It’s a pity that the design, balancing and execution of the combat doesn’t quite rise to the same level, and while it toys with some interesting notions, it ends up only passing muster. Technical issues are also a disappointment in what is in general quite a beautiful game. There’s a lot to love with Control, but it feels like Remedy are still honing their craft with their recent releases, but the spirit of inventiveness that they consistently demonstrate is something worth valuing in the AAA space.

Reviewed on Xbox One X | Review code supplied by publisher 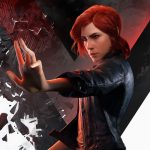 Control Review
Relationship To Command
Control's unique multi-dimensional setting and quirky sci-fi tone make for a good time, even when the combat doesn't quite rise to the same level.
The Good
Unique setting an premise
Solid art direction and high production values
Physics engine is next level
The Bad
Technical issues abound
The Service Weapon is cool on paper, but ends up being a little pedestrian
Telekinesis is awesome, but overpowered and neuters a lot of the difficulty
8
Get Around It

Control Review
Relationship To Command
Control's unique multi-dimensional setting and quirky sci-fi tone make for a good time, even when the combat doesn't quite rise to the same level.
The Good
Unique setting an premise
Solid art direction and high production values
Physics engine is next level
The Bad
Technical issues abound
The Service Weapon is cool on paper, but ends up being a little pedestrian
Telekinesis is awesome, but overpowered and neuters a lot of the difficulty
8
Get Around It
In this article:505 games, Alan Wake, control, fbc, federal bureau of control, Quantum Break, remedy, sam lake