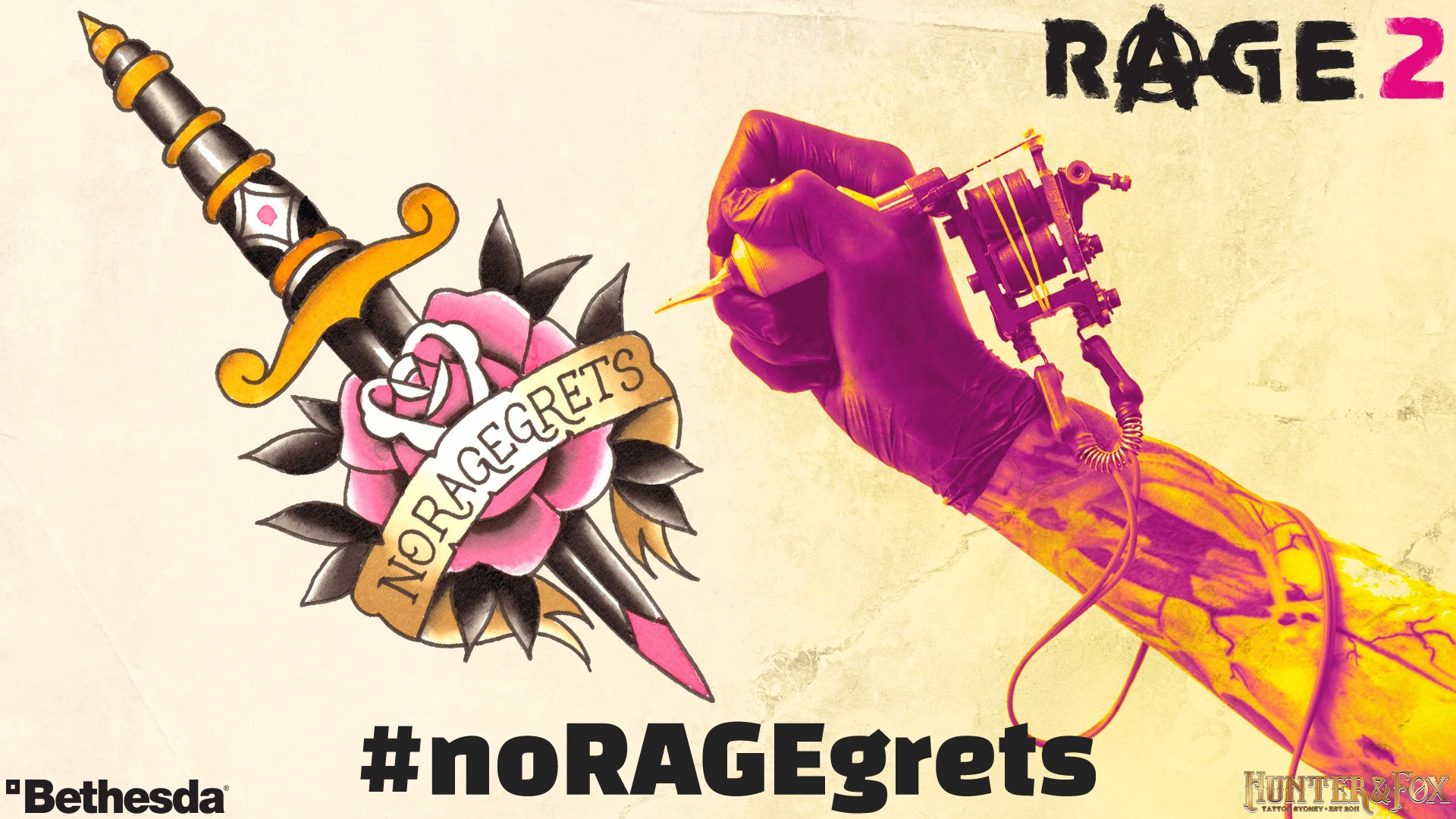 You’ve got to hand it to Bethesda, they sure do go all out with their marketing. As part of their new #noRAGEgrets campaign (which is already such a great tag), Bethesda ANZ have put together one hell of an opportunity for anyone game enough to permanently mark their body with the imagery of an as-yet-unreleased game.

On Saturday May 11 at Hunter & Fox Tattoo in Beaconsfield, NSW, brave punters can get inked with a selection of one-of-a-kind Rage 2 designs for free by world renowned tattoo artists. The only caveat is that participants won’t be able to choose which design they get tattooed. #noRAGEgrets right? If you’re not convinced, you can even watch a bunch of popular streamers go through the process on Twitch:

We'll be tattooing people with #RAGE2 tattoos to celebrate its launch! Catch is? They. Can't. Choose. #noRAGEgrets

Next Friday, vote on what designs streamers get tattooed LIVE on @Twitch.

I would so totally do this if it was in Melbourne but, alas, I’ll have to wait for one of you lucky idiots to get it done and show me after!