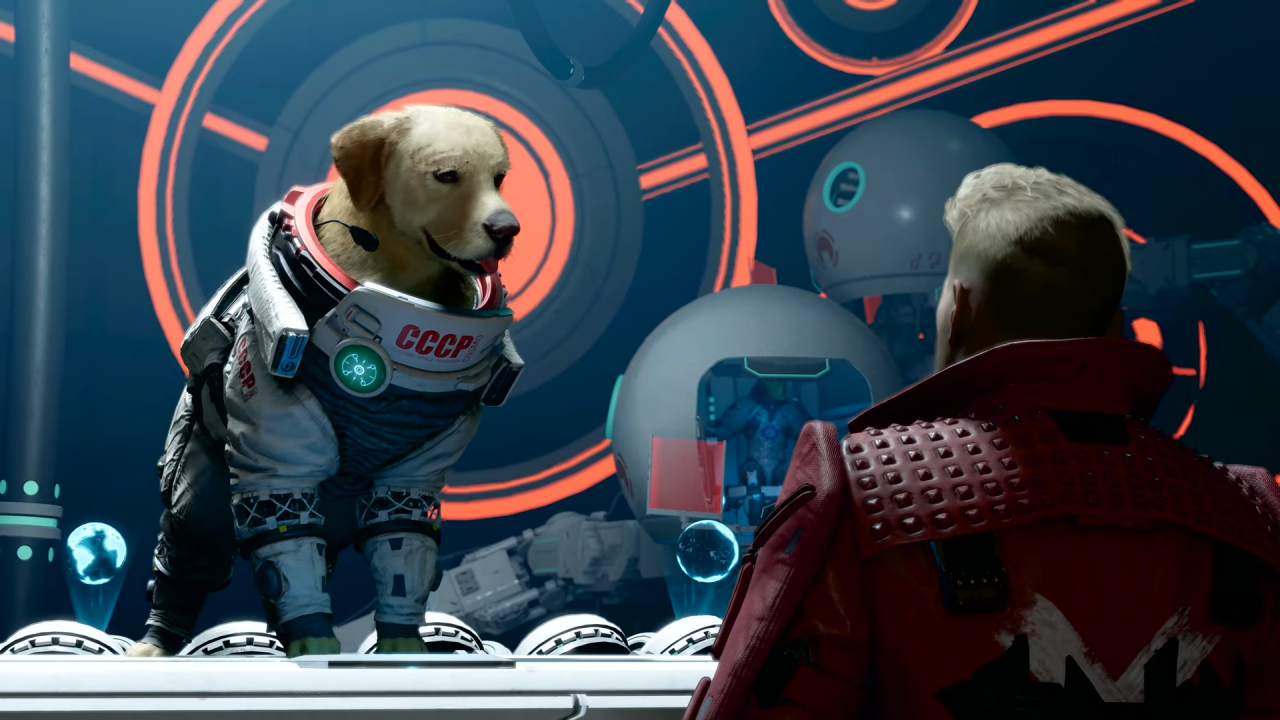 A new Marvel’s Guardians of the Galaxy cinematic has been released, introducing us to Cosmo the Space Dog.

The short trailer has the Guardians stopping for a chat with the best boys Cosmo, now Knowhere’s Chief of Security. Speaking to the Guardians using telepathy, Cosmo berates the team for arriving at Knowhere with a Nova tracker on their ship, something that will no doubt bring trouble to the station.

We get another look at the conversational decisions that will be present within the game, with Star-Lord choosing to play it cool rather than through Rocket under the bus (good move). The most important takeaway from this cinematic is that Cosmo is a bloody dad and he has a litter of Russian space puppies running around his office. Sign me up.

Marvel’s Guardians of the Galaxy releases on PS5, PS4, Xbox Series X/S, Xbox One, Switch and PC on October 26.

Are you keen to play Guardians of the Galaxy? Go damn cute are those space puppies? Let us know in the comments or on our social media.

In this article:Cosmo the Space Dog, Marvel's Guardians of the Galaxy, pc, ps4, PS5, switch, Xbox One, Xbox Series X/S