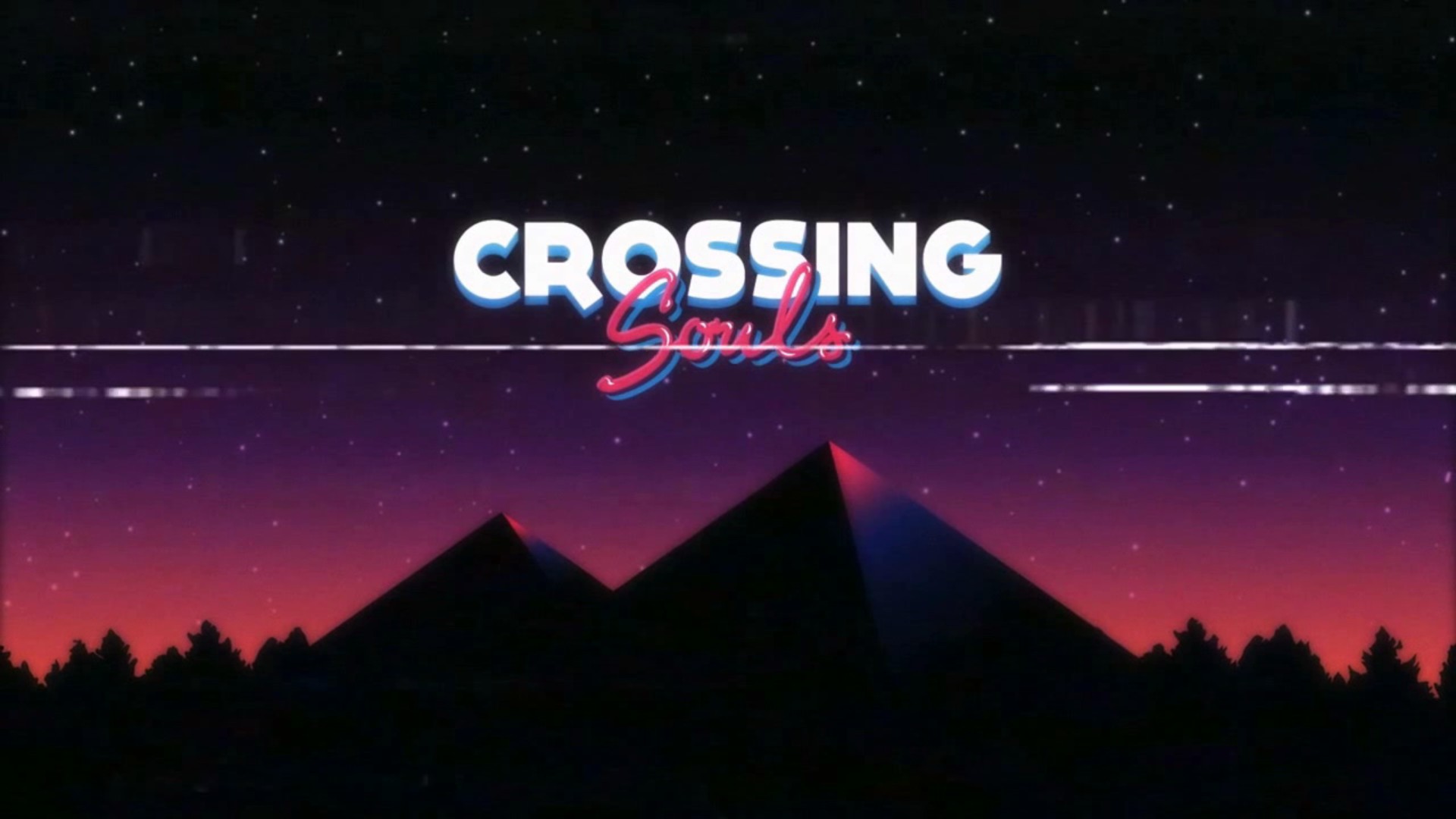 Anybody who’s even met me once at a work Christmas party knows that I’m a huge sucker for the 1980s. I’ve never quite known why, but the period simply rubs me the right way, like Napoleonic military uniforms and Garry’s Mod cartoons. These days, there’s plenty of stuff that scratches that itch. Stranger Things, synthwave music, vaporwave after people realised it wasn’t a joke anymore, there’s 80s aplenty these days. Some would say that there’s a little too much. We’re at that point in the ‘Nostalgia Cycle’ where the 80s are getting revived in a big way. Where does it end? What must we reboot from thirty years ago, incredibly poorly, until we realise that we mustn’t play Rose-Tinted God?

This is where Crossing Souls comes in. From developer Fourattic, Crossing Souls has been in development since 2014 and was completed in May of 2017. It’s been in the process of spit-shining since then. An RPG in the narrative style of Earthbound and the action of Castle Crashers, Crossing Souls is set in 1986. In Ca-le-fawr-nia. You play as one of five kids straight out of a delightfully dated ‘Token Squad’. This stuff is down to a science. You’ve got the Cool Kid, the Nerdy Kid, the Black Kid, the Girl…Kid, and the Little Kid. The decision to abandon the Fat Kid and merge that archetype with the Black Kid is a controversial one, but not an unwelcome one.

You control one kid at a time, each with their own unique abilities and fighting style. There’s only one kid on the screen during gameplay, which changes when you swap between them. They all sprawl out of the kid you’re playing as during cutscenes, like baby spiders swarming from a crushed mother spider. They merge back into each other after, which the game acknowledges with a cheeky wink. Combat is a simple affair; you pummel attacking enemies in real-time. No turn-based mechanics here! The lack of any meaningful combos or learnable mechanics in combat is disappointing, but not altogether awful. Exploring the world is fine, if a bit linear. If you’re going to put all this effort into developing a sprawling and life-filled world, then give us more freedom!

I’m not usually a fan of pixel art games. They’re everywhere, and there’s very little in the way of variety. Crossing Souls, thankfully, is going for a DOS style of pixel art, which isn’t altogether original but is seldom seen this side of Hotline Miami. The soundtrack is soft synth-laced beats, played quietly in the background like in a period sitcom. This game is so 80s it hurts. The animated cinematics attempt to reach the budget-animation look of the time but falls kind of flat. The storyboarding and such is excellent, but some corny voice acting would have absolutely elevated them. The story so far, to avoid spoilers, is essentially Stranger Things but done two years before the show aired. Oh, and don’t think I didn’t notice the Timecop1983 in the trailer. You can’t sneak that past me, not with all four of my eyes.

I know this artist is a former Newgrounds chum, but whom?

Our house, in the middle of our street

There’s a lot of 80s in here. Maybe you’re sick of that whole thing. I’m not, but I wish there was more British 80s coming back to haunt us. Nevertheless, if you’re a big fan of the era and are starved for Earthbound levels of comfy, Crossing Souls could be a game worth keeping an eye on. It launches February 13, courtesy of (guess who?) Devolver Digital.