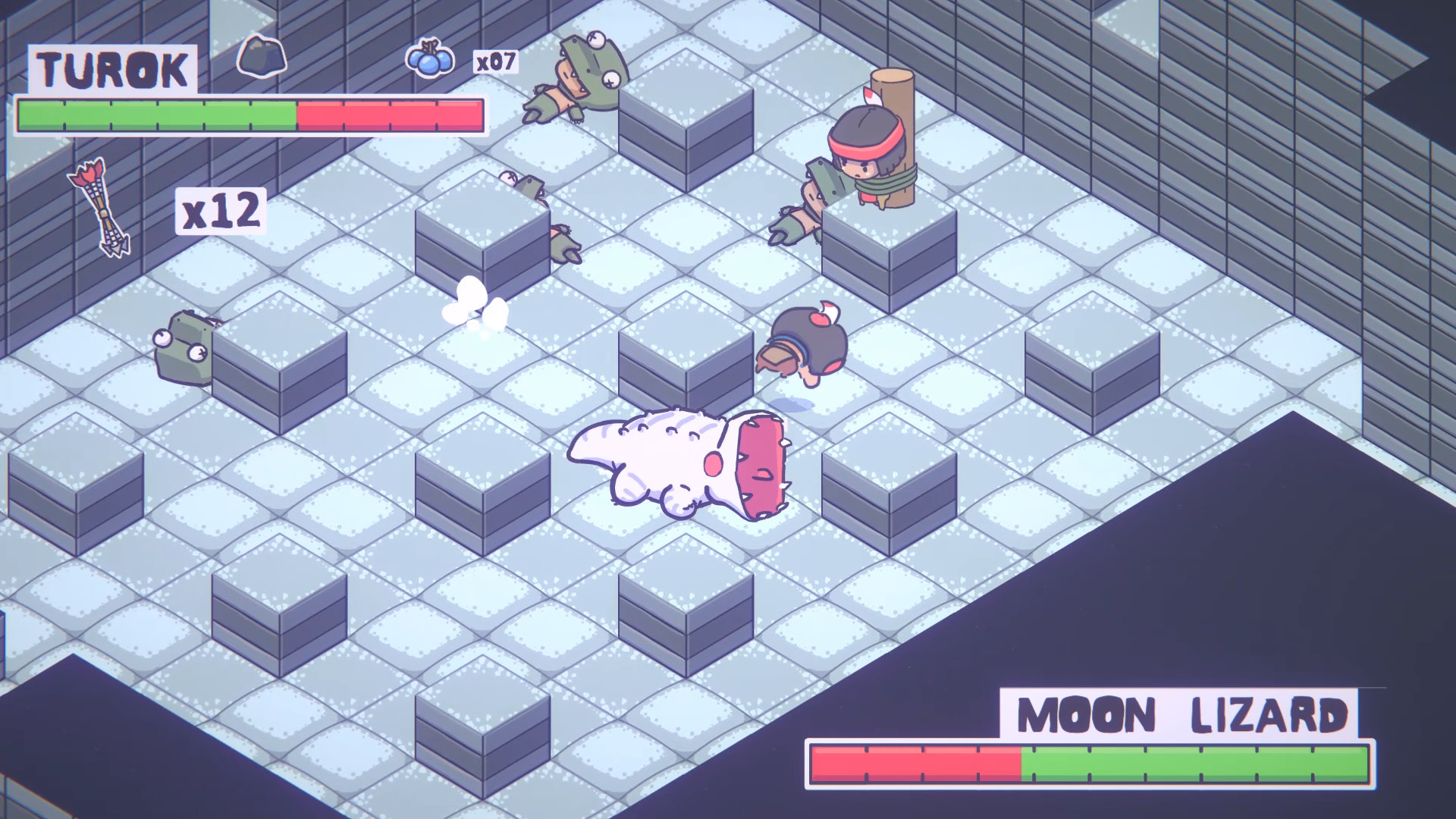 Turok popped back from the past into the news a few months ago when the N64 games got ported to Nintendo Switch. We thought that would probably be it for a while considering the age of the franchise. Wrong!

Turok is back with a very different art style from the first person dino-hunting visuals of old. A finalist of the 2018 Universal GameDev Challenge, Turok: Escape From The Lost Valley takes us back to the original Turok unlike the previous games. Developed by Pillow Pig Games, Escape From The Lost Valley has Turok and his brother Andar trapped in a valley full of dinosaurs with the aim of escape, but why would you? They are all so cute! A stark contrast from the previous titles, but certainly a refreshing take.

A console release has yet to be announced, with Escape From The Lost Valley releasing on Steam (Windows) on July 25.