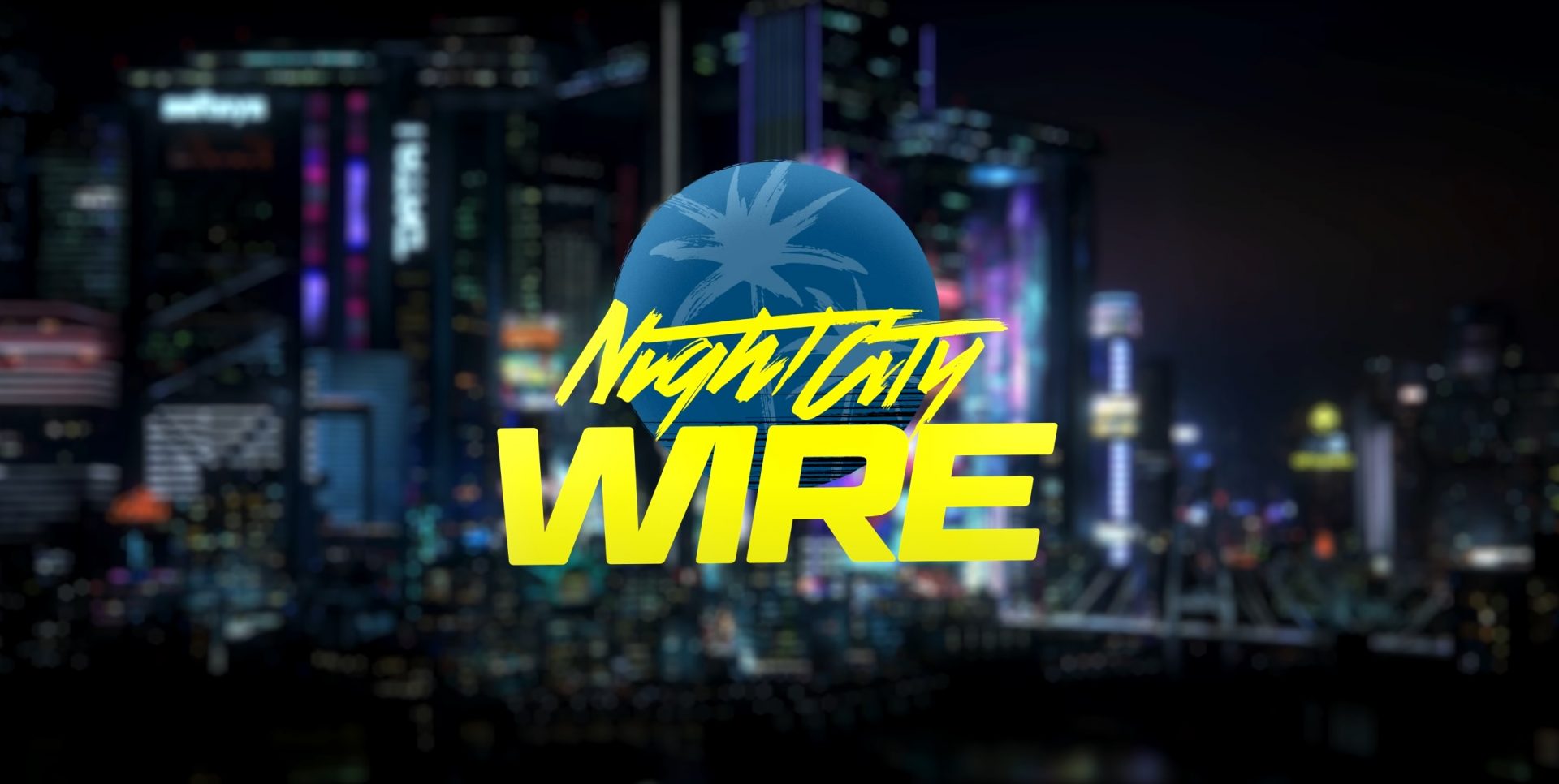 It can be easy to forget that Cyberpunk 2077, CD Projekt Red’s impossibly-hyped next project after The Witcher III, was meant to have been out for four months now. Especially when the Polish developer has been stoking the pre-release fires with a series of deep dives into the game called Night City Wire.

Debuting in the early hours of this morning, Episode 2 of Night City Wire is here and gives us an even more in-depth look at the game’s previously-announced Life Paths, as well as a behind-the-scenes look at the fictional band Samurai and some neat details on its weapon and loot systems. Here’s a quick breakdown of what’s new:

As has been revealed in the past through both Night City Wire Episode 1 and the recent media hands-on previews (check out a write-up from our friends at Press Start here), Cyberpunk 2077’s opening hours will be vastly different depending on which one of three possible origin stories players choose for their version of main character ‘V’. Those three Life Paths are Nomad, Street Kid and Corpo.

Nomad sees V having grown up as an outcast in the Badlands, the deserts around Night City. After leaving a tight-knit family life (for reasons undisclosed), V begins the game in this path by trying to find a way into city itself to make a new life there.

As a Street Kid, V already lives in Night City and knows the streets well, as well as its gangs and other weird and wonderful citizens. This will obviously have benefits in getting around the lower socioeconomic areas and finding help from the city’s less desirable inhabitants.

The Corpo path is an interesting one – as a high-level employee of the Arasaka Corporation in this path, V starts from the top. This presumably means having greater access to resources and having the social skills to deal with corporate-level shenanigans but will no doubt mean a much tougher time in the slums should things go sideways.

Of course, this doesn’t just affect the beginning of the game but will open up specific dialogue options or side objectives and access to things you might not in other Life Paths. The Night City Wire episode goes into detail with some actual examples and is well worth watching in full:

The next part of Night City Wire Episode 2 takes a peek behind the curtain to look at CDPR’s collaboration with Swedish hardcore punk band Refused, who are providing original music for Cyberpunk 2077’s fictional band, SAMURAI. It’s an interesting partnership, with Refused essentially playing the part of a fictional band led by Keanu Reeves’ in-game character Johnny Silverhand, especially hearing front man Dennis Lyxzén describe his frustrations with nailing the American accent while yelling. Again, definitely worth a watch.

You can also hear tracks from SAMURAI on Spotify, if you’re keen:

The final parts of Night City Wire Episode 2 show off some of the game’s many weapons, as well as some detail around its loot system. A short weapon montage skims through an assortment of more traditional guns, as well as some ‘smart’ weapons that include features like homing bullets, melee weapons – including a ‘thermal katana’ that I’ve very excited about – and some very neat (slightly disturbing) body-mod stuff.

Following that short video we hear from Senior Gameplay Designer, Paweł Kapała, about some of the ways in which these tools are integrated into the game. Weapons can of course be bought or found on enemies and in loot caches, and through the game’s RPG elements V will become more and more proficient with them as time goes on.

Weapons also range in rarity from common through to legendary. Similarly to other games’ grading systems, rarer gear means more powerful gear while anything with legendary is a one-off, hard-to-find piece with exclusively unique abilities. Weapons can also be modded with attachments like scopes or silencers, and software mods that improve your weapon’s innate stats.

Be sure to check out the full video on YouTube if you’re keen to know even more. Cyberpunk 2077 releases November 19 for PlayStation 4, Xbox One and PC.