Dark Souls is set in the land of Lordran, where you, the player, assume the role of a Cursed Undead who has been chosen to make pilgrimage out of the Undead Asylum and discover what the fate of the undead is. The game’s plot is mainly told through item descriptions and NPC dialogue.

The game was first released on September 22, 2011 and was later rereleased as the “Prepare to Die Edition,” containing the base game and the DLC. Artorias of the Abyss. 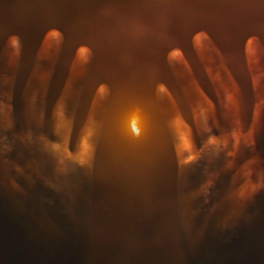 And the Furtive Pygmy, so easily forgotten.

And Seath the Scaleless betrayed his own, and the Dragons were no more.

And amongst the living are seen, carriers of the accursed Darksign.

And the Furtive Pygmy, so easily forgotten.

Then from the dark, they came, and found the Souls of Lords within the flame.