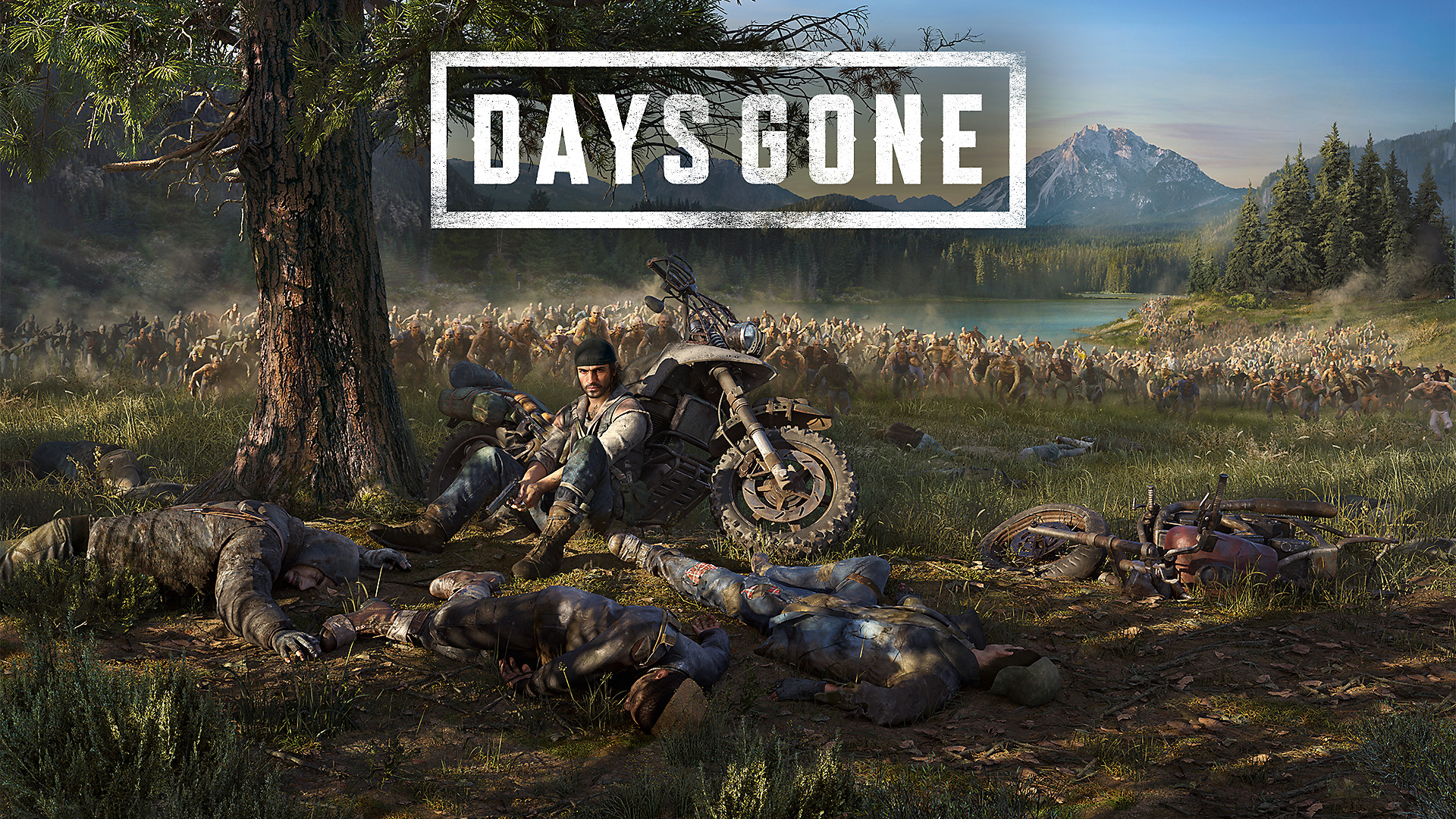 Ever since Days Gone was first announced I have been keen to get my hands on it. Firstly because it’s from the studio that brought us the legendary Syphon Filter series, and secondly because unlike The Last of Us, Days Gone was going to take us on an adventure through a zombie-infested post-apocalyptic open-world. I received my code on launch day and after reading about the game’s technical issues in the days prior my optimism had faded somewhat. Due to circumstance I decided to give it a little bit more time in the oven, hoping that by the time I got back to it the major kinks would be ironed out. Sadly while a lot of what the game does is good, there are still a host of issues that plague the experience. It is essentially a Sony story-driven game trapped in a Ubisoft open-world body that results in Sony’s version of State of Decay.

Days Gone puts you into the worn denim jacket and backwards cap of Deacon St. John (possibly the best and worst game character name ever), a ruffian biker known as a ‘drifter’ who is essentially a gun for hire for each of the survivor camps in the high desert of Oregon.

Deacon is searching for his wife Sarah, who he escorted to presumed safety as the catastrophe was unfolding two years ago. Instead of flying out with his wife he stayed back to help his good mate Boozer survive the bedlam that was developing. If that’s not friendship then I don’t know what is.

Two years later Deacon, Boozer and their two-wheeled friends are doing what it takes to survive the Freakers and other threats that roam the Oregon landscape, all the while trying to find out what happened to Deacon’s wife Sarah that fateful night.

While Oregon may look like an idyllic Windows wallpaper, it’s a rather treacherous territory given the number of threats out there that want to kill you. Whether it’s the Freakers (the zombies that aren’t zombies), the Rippers (savage cultists), marauders or the wildlife, everywhere you go Deacon has to watch his back, front and sides.

There are varying types of Freakers, with the Swarmers being the common type, the Newts (which are the child Freaker variety), the Screamers (female Freakers whose name says it all), the Breakers (jacked up Freakers) and the Reachers (advanced Swarmer).

Swarmers, while not overly dangerous in small numbers, become a terrifying proposition when they travel in hordes, and their numbers can vary from 50 to 500. Facing a horde is no simple task, and the majority of the time engaging a horde head-on results in certain death. These moments are tense and exciting, and it’s here where Days Gone feels unique and quite frankly at its best.

The story is broken into different storylines, each focusing on a different character or group. Although it’s good to see the progress of each storyline, the main mission of looking for Sarah is often drowned out by the busy work of other missions, such as clearing Freaker nests or Ripper camps. All of Sarah’s story is told through flashbacks, with Deacon seeming like a vastly different person. While it’s easy to get caught up in the moment and feel for Deacon, it’s just as easy to forget what it is you’re fighting for with Deacon’s fingers in so many pies. I’ve spent over 25 hours with the game’s campaign and I’m yet to roll credits, and a large part of me feels like I could live without knowing what happens in the end.

Make no mistake, Days Gone is a AAA open-world game in every sense of the term when it comes to gameplay. There’s crafting, side-quests, looting, skill trees, item upgrades and more. It’s basically the video game equivalent of the burger with the lot. Everything feels adequate, from the shooting to the melee and stealth takedowns. It’s all fun without being groundbreaking. XP is earned from completing missions and killing enemies and will go towards your skill level, which will unlock skill points (at what sometimes feels like at a snail’s pace).

The majority of the time engaging a horde head-on results in certain death. These moments are tense and exciting, and it’s here where Days Gone feels unique and quite frankly at its best

Possibly the most unique gameplay hook is that your motorbike is your mode of traversing the world and as such it needs constant TLC in the form of refuelling and servicing. Thankfully there’s an abundance of fuel and scrap strewn across the world, meaning there will be very few times where you will run out of gas. The motorbike, as well as a bed, also acts as your quicksave destination. This means you’ll need to be wary of straying too far from your wheels as there’s nothing worse than coming across a horde a long way from your escape vehicle.

What does hinder the gameplay is some odd design choices. Missions given by camp leaders are delivered at random times, meaning that there can be times where you have nothing to do and are waiting for the next assignment to trigger. They also have a tendency to trigger as soon as you leave a camp, meaning you’ll have to turn around and go back to where you just were simply to get a mission.

Each camp has its own perks, whether it’s weaponry or bike upgrades, and all are locked behind a level or trust – the higher the trust the better the equipment available to you. Deacon will increase his trust with camp owners by completing jobs for them and cashing in bounties and items.

One of the more frustrating features is that camp credits are exclusive to each camp. Meaning that you can’t just cash in bounties and items wherever and stockpile credits. Instead, you’ll have to be strategic about where you cash in so you’re not stuck with a bunch of credits you can’t use.

Little things that you take for granted in Ubisoft games are noticeable in Days Gone, none more so than the looting animation. Anytime you kill an animal you are met with an animation, and after seeing that animation more than 20 times it starts to become rather tiresome. Just let us push a button and the animal meat is in our inventory.

On a production level the game is a typical Sony blockbuster. The visuals are insanely beautiful, the lush and dense Oregon high-desert is incredibly detailed and the dynamic weather system is possibly the best I have ever seen in a video game. In a matter of minutes the weather can turn from gorgeous sunshine to heavy sheets of rain or even snow, much like living in Melbourne, Deacon is often exposed to four seasons in one day. Plus the character models are all top-notch.

Sam Witwer does a commendable job at bringing the gruff Deacon St. John to life, even though he comes across as a bit of dick at times. He’s clearly a man that has been affected by the events that have unfolded, which is made obvious by the tonal change in Deacon’s attitude pre- and post-apocalypse.

In the flashbacks with Sarah, Deacon comes across as almost gentle bad boy, as the smitten biker picks flowers with his newfound squeeze. However, in the now Deacon will mutter murderous ramblings to himself before embarking on a killing spree that would make Nathan Drake proud.

Now I’m not one to lambast a game over bugs as much as others, but the game’s performance is where the experience starts to fall to pieces. Sure, you expect bugs in an open-world game, but what I didn’t expect was how widespread they were, especially in a Sony game and a month after launch. Throughout my time playing I had a number of audio drops, I had glitches where enemies would vanish then reappear, or they’d simply spawn right on top of me. A couple of times I had issues where events (such as rescuing a survivor) wouldn’t trigger, other times enemies would get stuck inside environments, and generally the animations (especially stealth kills) were all over the shop. I am genuinely surprised the game launched in the state it did, especially given they delayed the game even further from February to April.

Could think of worse places to live through an apocalypse

It may not reinvent the wheel in anything that it aims to do or have the same captivating story as The Last of Us, and it may lack the polish of Horizon Zero Dawn, but Days Gone is a fun enough open-world game that will satisfy fans of the genre. Above all it’s good to see Sony Bend back developing games again after a long time in the wilderness. Now give me a new Syphon Filter. 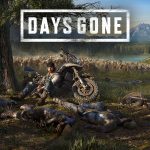 Days Gone Review
Freak Me Baby
Days Gone may not hit the heights of Sony's previous first-party exclusives but it still has enough going for it to be worth your time
The Good
Oregon is stunningly beautiful
Dynamic weather system is insane
Gameplay loop is fun
The hordes are brilliantly terrifying
The Bad
Technical performance is a shambles
Camp credits exclusive to each camp
Mission delivery is a bit erratic
7
Good
In this article:days gone, exclusive, PlayStation, Sony, sony bend