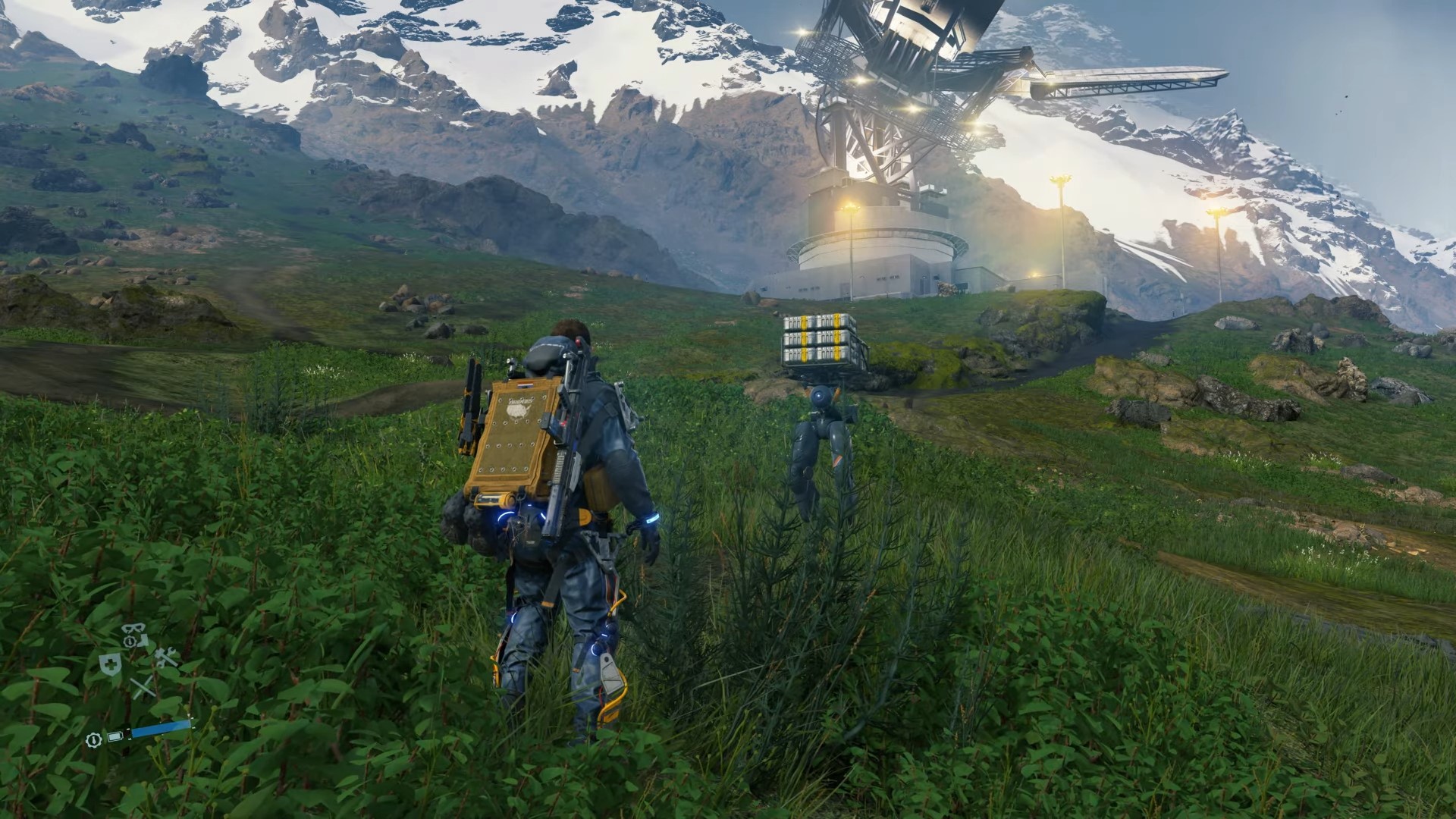 A new eight-minute trailer for Death Stranding Director’s Cut debuted during Gamescom Opening Night Live. This extended look gives us some good insight into the new features that are being introduced with this new release.

Sam is a busy man and delivering all of those packages must get tiring, so it’s lucky that the Director’s Cut is introducing a number of new delivery support options. This trailer showcases the Evolve Stabilisers, a set of thrusters that soften your descent and the Cargo Catapult that’s used to launch your delivery items across large distances. The best bit of gear shown off though was the Buddy Bot. These happy little robots are found in the base game, but their capabilities have been expanded to follow Sam and even carry him.

Another new addition shown off was the firing range, a place where Sam can hone his weapon-handling skills and post high scores to a leaderboard. You can even replay boss battles and use the new non-lethal weapon, the Mazer gun. You’ll be able to put these skills to the test during a number of new delivery missions included in the Director’s Cut, including underground facilities and secret bases.

Not Kojima weird enough for you? Don’t worry, there are plenty of driving elements being added in as well, such as ramps that Sam can use to do tricks from. Of course, car racing is also coming with the new release, with its own leaderboards that you can compete with your friends within.

As the trailer ended, we got a sneaky look at an underwater segment featuring a huge whale approaching Sam. Whether it’s an enemy or a figment of our protagonist’s imagination, you can expect to get some answers about it when the game launches.

Are you a Death Stranding fan? What do you make of the mysterious ending to this trailer? Let us know in the comments or on our social media.