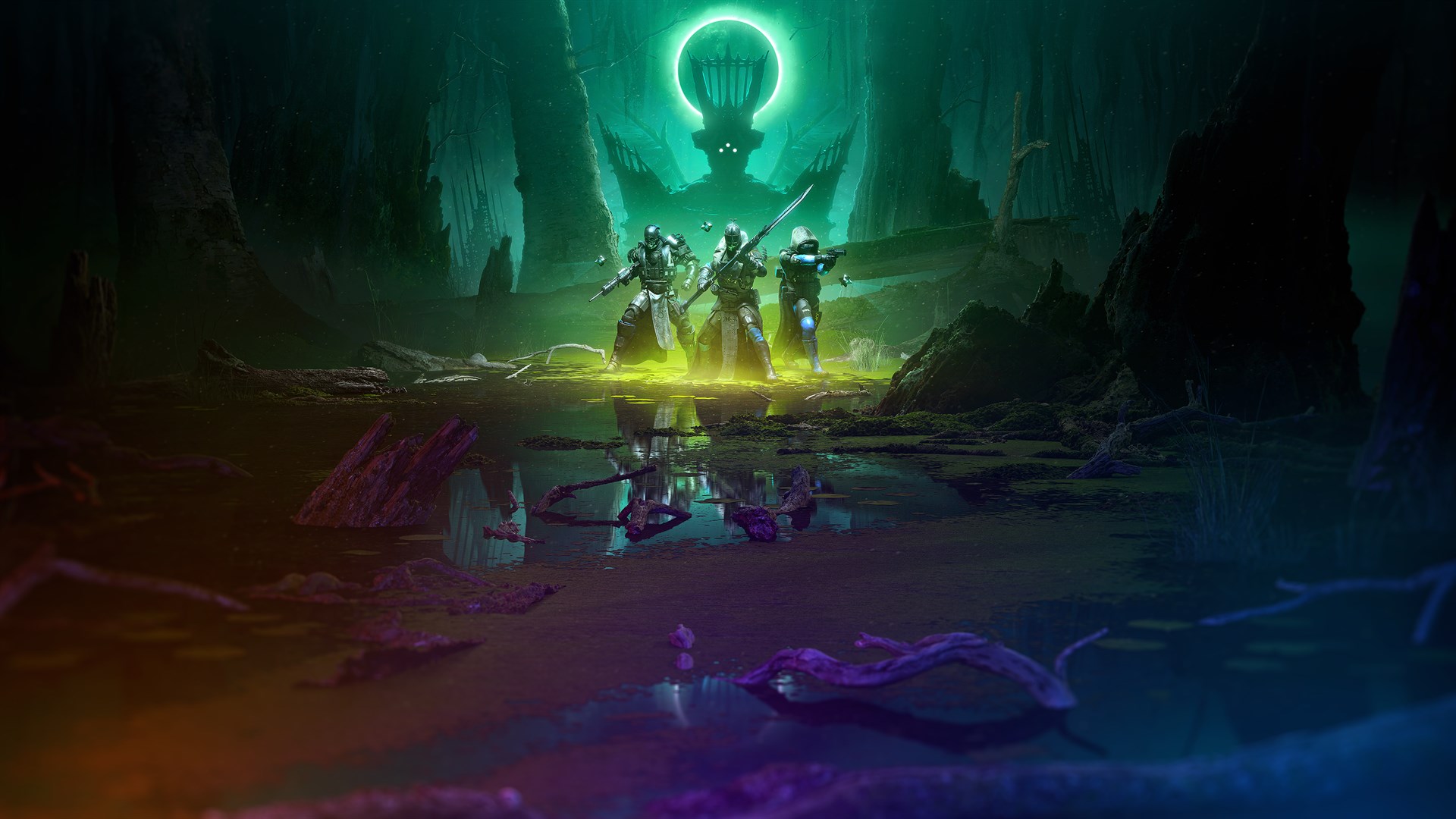 It has been almost a year and a half since Destiny 2’s last big expansion, Beyond Light. A shorter expansion that met with some mixed opinions, Beyond Light’s biggest achievement has been gradually seeding the arrival of a big new bad throughout its subsequent seasons. Here to build upon the foundations that Destiny 2 has been laying for years is the arrival of The Taken King’s cunning sister – Savathun, The Witch Queen. The first thing that sticks out in Destiny 2: The Witch King is its sense of scale. Witnessing Savathun’s asteroid-sized ship descend upon Mars in the opening mission, which is free to all players, is only a teaser of the scope of things to come. Further elevating the reliable rush of Bungie’s masterful sci-fi, power fantasy opera is the head-to-toe overhaul of the way Guardians fight and firefights play out. Add in a couple of memorable new characters, like the titular witch queen and a former hive ally turned ‘conscientious objector’ named Fynch, and you’ve got a recipe for intrigue. But for everything The Witch Queen gets right, it does walk the tightrope of nostalgia a la The Force Awakens and may likely scare new players away.

Bungie has rewritten the playbook on how Destiny 2 gets you prepared for combat. There are now legendary weapons that level up based on use. These then reward resources that can be used to craft new weapons, with a crafting system that feels simple to use while giving a deep level of power customisation. Better yet, I was not left feeling like I had to grind or go out of my way to find the resources for the outlay of a new weapon. Reconfiguring those same weapons later on with more variations of powers and abilities is a different story. Reconfiguring existing weapons is aimed at the meta crowd who are likely already loaded with an assortment of crafting resources.

even though they weren’t so great

Not since players could wield swords for the first time in Destiny’s The Taken King has being a Guardian felt so destructive. One of the first weapons that an early story mission had me craft was a shielded power glaive. Casting a massive shadow over the power blades of old, the glaive is an example of the bonkers new approaches to combat that have opened. The glaive series of equipment is a base spear/polearm with an energy shield that can be used to absorb enemy fire, while also being able to shoot from the glaive tip and perform melee combos. It is an exceptional all-rounder for cleaning up mobs and bosses. Pair this with the recent rebuild of void subclasses that allows Guardians to go nuclear with combos, and it’s a very good time. The scenario then turns upside down as your abilities react and layer upon one another in a kind of Diablo-eqsue power trip, turning the world purple before raining down with rewards as the arena suddenly goes quiet.

The onboarding experience, particularly the interface and directing player progress, remains opaque. Destiny has gotten to a point where any friends I invite to play are overwhelmed, as we try to separate the live-service content from the critical, popcorn blockbuster we pay the big bucks on release day for. Trying to read the destinations map to have a clear indication of what the flashing symbol notifications on a location mean is pure guesswork at best if there are multiple of the same general icon. Worse is trying to find objectives in the densely layered Throne World with a very bare menu map and no compass or minimap. Navigating this world shows how archaic these interfaces and exploration have become since 2014’s Destiny.

While onboarding may be the straw that breaks the camel’s back for new initiates, Bungie seems to have hedged their bets on drawing in lapsed players. Little things like the inclusion of ‘The Timeline’, a snackable primer on the defining events to have occurred over the past seasons and years of Destiny 2 are extremely helpful for those maybe coming back to the fold. With all players also starting this year of Destiny 2 with the same power level, the barrier for some will remain to untangle the plot and funky menus.

Deepsight is also a new addition that adds an increasingly challenging platforming component to the game. Taking a cue from the days of scaling the ribcage parapets inside Oryx’s ship in Destiny’s The Taken King, players will be required to bravely cross the most imposing of chasms upon spectral platforms while a timer ticks down. Deepsight orbs reside in specific locations in the world, but you can only access ‘level one’ orbs initially. This returned emphasis on platforming sequences is greatly savoured and opens the dense new environment for those searching its many hidden secrets.

Welcome to hell, Guardian. It is beautiful.

Despite this expansion having the scope of a Taken King-sized expansion (far greater than previous offerings), the buffet of new and existing content is so convoluted as to require immense investment for new and even lapsed players. The reliance on boxes of text within boxes of text to explain the elements of weapon crafting did little to prepare me for the exercise. More effective was clicking throughout the UI, hoping to trigger some event within an item – an old Destiny trick. The UI is a good example of how this is still Destiny, just wrapped up in a meaty ‘Greatest Hits’ package that Destiny’s sequel has so sorely needed. Despite the fundamental flaws that the community lovingly endure, from a reliance on esoteric canon to often unclear avenues of progression potentially resulting in hours lost, Destiny 2 remains a title for the core fanbase. They…nay…we, shall continue to evangelise about the aspirational vision that the community have for the Destiny universe in these coming years in hopes to lure in the wandering sheep curious enough to finally give the game another crack.

Just as The Taken King was the Destiny ‘version two’ relaunch the game so sorely needed, The Witch Queen boldly elevates Destiny 2 into a richer space fantasy. Without taking any risks beyond giving players more options in how they build their Guardians and wreak havoc, Bungie has iterated what may safely be Destiny 2’s best year yet. Until Bungie gives players significant new additions of enemies and characters, Destiny 2 may have peaked for now. 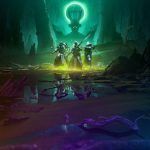 Destiny 2: The Witch Queen Review
Killer Queen
A twist-filled return to the mythology of The Taken King should lure back lapsed series veterans in Destiny 2’s most focused and challenging campaign yet.
The Good
Tightest narrative and charismatic new characters
Weapon crafting
Exceptional mystery-laden Throne World
Focus on bombastic, Doom-style horde arenas in the campaign
The Bad
Aging UI
Progression and world navigation remain opaque
Onboarding experience leaves players in the cold
8.5
Get Around It