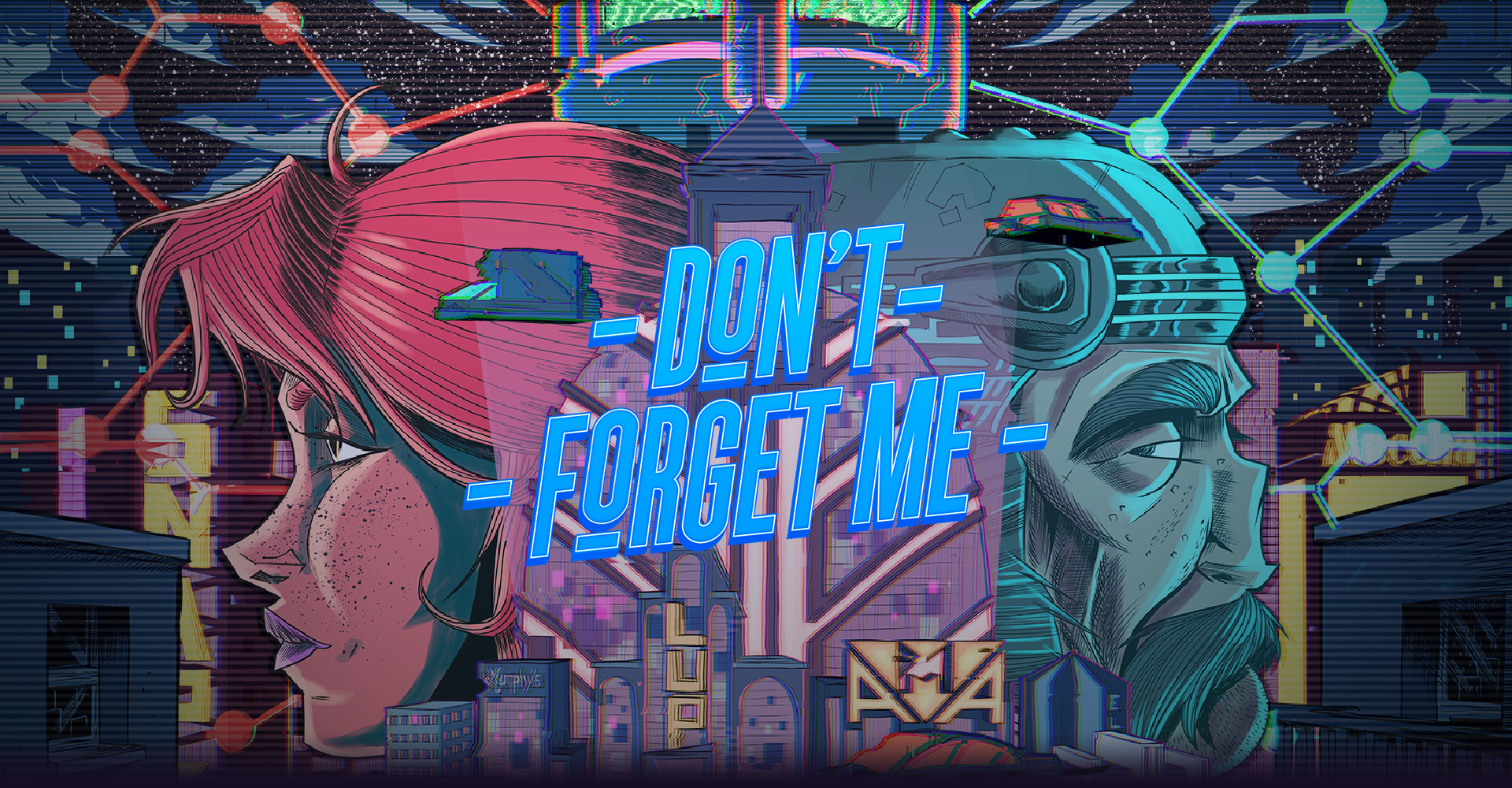 Memories are a funny thing. They can be a source of great pleasure or painful regret. They’re things that exist only as intangible mind-media, our self-made propaganda. But what if they were more tangible than we think? If you could erase a memory, would you? Could you work up the courage to censor your own mind? How would you react if somebody else developed and proliferated this technology in order to control the masses? Would you fight, or would you perish like a dog?

French studio The Moon Pirates’ debut title Don’t Forget Me is a diet adventure game that’s centred around these questions. Set in a near-future cyberpunk dystopia following a disastrous global war, you play as a young woman who stumbles (literally) into an illegal clinic for the copying of memories. Poetically, she can’t remember anything except her name: Fran. After a quick introduction to Bernard, the elderly owner of the clinic, Fran finds herself in the middle of the most dangerous biz in the world…and a conspiracy that threatens to tear the world down.

I call Don’t Forget Me a “diet” adventure game for a couple of reasons. Firstly, its gameplay more closely resembles a Telltale game than a Lucasarts one. There’s no pointing to be found in controllable portions of Don’t Forget Me, and there’s even less clicking. There is, on the other hand, plenty of all the things you do in a game like that. I’ve had a soft spot for this streamlined version of a traditional PC adventure game, because it makes the normally overwhelming genre that much more accessible.

“Implants. Those aren’t your memories, they’re somebody else’s.”

The second reason for the “diet” adjective is due to Don’t Forget Me’s short length. The more accessible style of gameplay is in contrast to the highly focused and philosophical story being told. Its pacing resembles a short story more than an epic novel: An average playtime is anywhere between one and two hours. The short length of Don’t Forget Me actually plays into its biggest strength, which is the story. Don’t Forget Me’s umpteen pathways for player action to influence how the story progresses would be downright stressful to develop, let alone play, if the game were any longer.

Instead, its short length encourages replaying and experimenting. You’re more likely to want to duck back in if each playthrough promises a unique tale. Don’t Forget Me’s writing in general is tight and well-localised (with some silly exceptions) and takes serious dips into questions about memory and how these ghosts of the mind affect not just our lives, but the whole world. Fans of the cyberpunk genre’s philosophical tappings, and less so its aesthetic, will feel more than welcome.

Aesthetic is unfortunately not the strong suit of Don’t Forget Me anyway. There are two parts to gameplay: The diet adventure exploration and gathering of clues while inside a memory, and the second is a word puzzle section. The latter is brain-rattling in a delightfully ticklish way, as you need to work off of information you’ve gathered from ‘patients’ before they go into memory stasis. Type in the right word, and you unlock the next stage of their memory maze. It’s a system that makes each breakthrough feel earned, because there’s almost no outside help.

Don’t Forget Me understands this golden rule: If there’s daylight, it’s not cyberpunk

These parts’ retro-futurist style is delicious, but the pixel art style of the adventuring stages is dull and unimaginative. There’s clearly been a lot of effort put in at the concept art stage, with endless details to be found that work in tandem to build a story. It’s a shame, then, that this visual aesthetic that has somehow stumbled, like Fran, into the 2020s as an unwanted memory that brings such a clearly well-thought out environment design down. It’s pixel art that looks good and is fairly emotive, but it’s simply such a tired style that it’s chugging caffeine pills to stay out of a permanent slumber.

Again, not that you’ll be looking at it for long. The short playthrough time makes Don’t Forget Me’s visual choice almost bearable, and its highly readable story divergence method – simple dialogue trees and a degree of morality – would make it worth chugging through in a longer title. Completionists will fully defeat the game in just under nine to just over 10 hours, which comes with a reasonable price tag.

Don’t Forget Me is a fascinating story hampered somewhat by its visual design. The short runtime may turn off some, but it works superbly with the game’s highly micromanaged writing. Combine this with an equally rewarding puzzle system and you have an indie game that’s easy to dip your toes into. 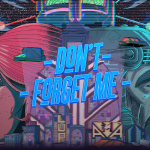 Don’t Forget Me Review
Random Access Memories
Don't Forget Me is a highly polished short story hindered by its forgettable pixel art style, but its short length plays to its strengths. Highly recommended for fans of the cyberpunk genre, and for anybody keen to have their morality tickled.
The Good
Unique and well-fleshed concept
Great writing and story divergences
Short length a net positive
The Bad
Medicore visual style
8
Get Around It

Don’t Forget Me Review
Random Access Memories
Don't Forget Me is a highly polished short story hindered by its forgettable pixel art style, but its short length plays to its strengths. Highly recommended for fans of the cyberpunk genre, and for anybody keen to have their morality tickled.
The Good
Unique and well-fleshed concept
Great writing and story divergences
Short length a net positive
The Bad
Medicore visual style
8
Get Around It
In this article:2021, Adventure, Aza Hudson, dont forget me, pc, review, the moon pirates