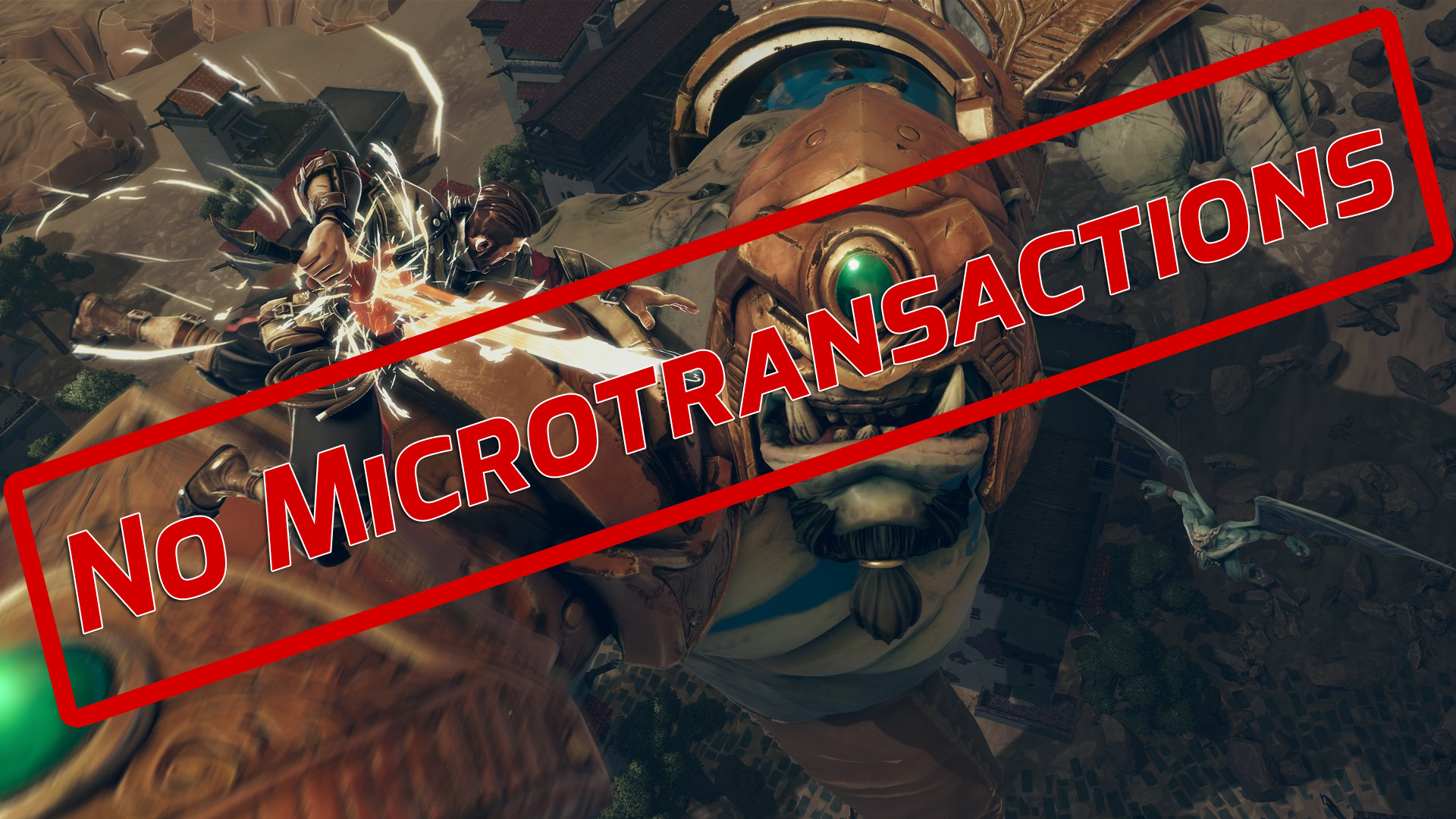 Microtransactions. For gamers it’s a word and practice that has so many negative connotations. ‘Ruinous’, ‘exploitative’, ‘intrusive’, ‘predatory’ and ‘unscrupulous’ are just some of the adjectives that come to mind when thinking about microtransactions. Alas, despite these negative associations microtransactions are here to stay with the Qutee Gaming Today report stating that one billion gamers spend money on in-game purchases and that by 2020, spending on in-game purchases will reach $32 billion USD ($41.2 billion AUD). For a community that supposedly despises the microtransaction practice (gamers that is) that is some big money.

One game that has been quite public about the fact that it won’t be employing any microtransactions is Extinction (although it will have a season pass), the upcoming 150-foot ogre slaying action game from Modus Games and Iron Galaxy (Killer Instinct fame). We recently got the opportunity to go hands-on with the game (expect the preview in the coming days) and chat with the game’s Executive Producer, Derek Neal (also expect the interview in the coming days). One question that I asked Derek was regarding his opinion of microtransactions and what role they have in gaming. His answer was surprisingly honest and balanced.

DYEGB: Your recent Features Trailer made it quite clear that Extinction won’t feature microtransactions. As a developer, what is your opinion on the microtransaction practice? Do they have a place in games?

I think the industry is still figuring it out.  As systems get more powerful and games become higher and higher end, they also get more and more expensive.  In order to keep making games of this nature, many developers are basically priced into finding alternate ways to monetize their content.  It’s not going away, but there is definitely a balance that can be struck that gamers will be happy with, and I think we’ll slowly settle towards a series of best practices that are acceptable to consumers.

What are your thoughts on microtransactions? Do they have a place in gaming? Answer the poll below and let us know in the comments what your take is.

Extinction releases on April 10 for PS4, Xbox One and PC.

In this article:extinction, microtransactions, pay to win