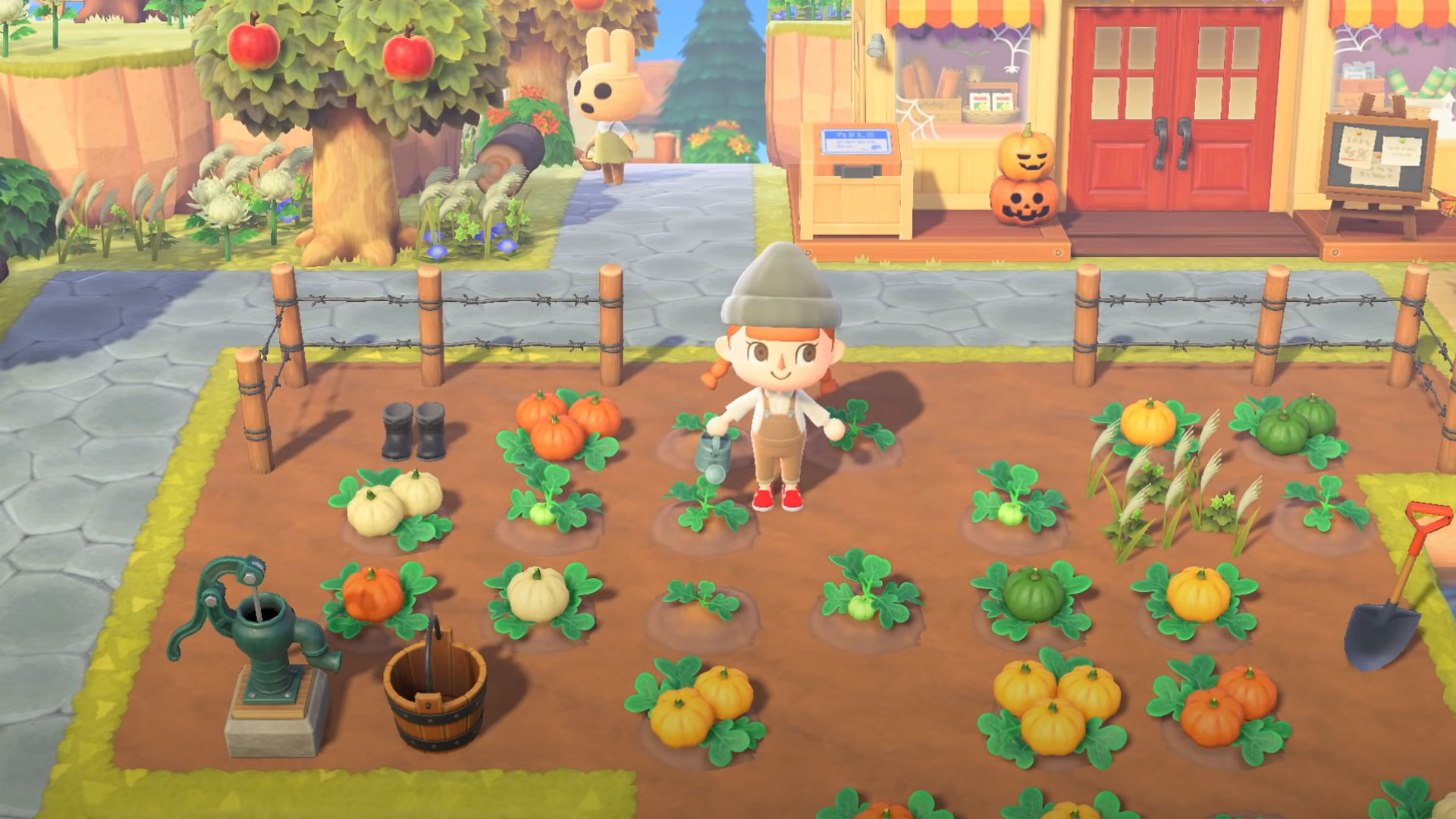 The latest update for Animal Crossing: New Horizons brings Halloween and lots more to the game. We will continue to update this guide as details are discovered but here is everything you need to know to make the most of your time before October 31.

One of the biggest things to be added in the update is the ability to grow pumpkins, and they will grow year round! These pumpkins are used in crafting DIY spooky furniture. You can buy pumpkin starts from Nook during October (280 bells each), or from Lief year-round and for cheaper (140 bells)! While all pumpkin start plants look the same there are four colours of pumpkins: orange, yellow, white and green in order or rarity, what grows is random. Pumpkins take four days to grow and if you water your pumpkins each day during the growing period you will gain three pumpkins instead of two (water once) or one (don’t water). Pumpkins will also regrow every two days after the first harvest with each plant only producing a single colour, so plant lots to try and get them all. If you plant a pumpkin the same colour plant will be more likely to grow, making it fairly easy to propagate lots of a certain colour. You can place pumpkins on the ground as decoration as well, though they may count towards lowering your island rating. Pumpkins also sell for a profit! The different colours are used when customising your spooky furniture.

Every day in October you can buy candy from Nook’s Cranny in preparation for Halloween Night. You can only buy one per day, but you can buy from other peoples shops as well. It is highly recommended that during October you buy candy from Nook’s every day. You can also buy some of the spooky furniture set (they are not re-orderable because they are craftable) in the seasonal item spot, but some items are only available via DIY. Candy can also be used to attract ants.

With the update we can now get spooky with new four new freaky skin tones and six new unusual eye colours. These are purchasable with Nook Miles from the ATM.

On Halloween Night when you give your villagers candy (i.e. Treat) they can give you Halloween DIY recipes, spooky furniture or lollypops! DO NOT SELL THE LOLLYPOPS! Give them to Jack to unlock the Spooky Carriage DIY among other things, they are his favourite.

On October 31 at or after 5pm is Halloween Night. Make sure you dress up in some of the new Halloween clothing, grab your candy and head to the Plaza. You can give candy to villagers if you feel like treating and they will reward you, but if you choose trick they may prank you! You can only get the spooky wall, floor and rug DIY’s on this day by giving candy. Giving villagers or Jack candy can unlock the new Reactions Scare and Haunt. You can also get candy from three villagers inside their homes on Halloween Night if you’re dressed up. If you give candy to Jack you can get Jack’s Face and Jack’s Robe so you can dress up like him, as well as other goodies. If you dress up like Jack and talk to your villagers they may mistake you for Jack and give you candy. Persistence with giving Jack candy is recommended.

If you missed the update stream check it out below:

What do you think of this update? Have any questions or think something is missing, drop a comment below.