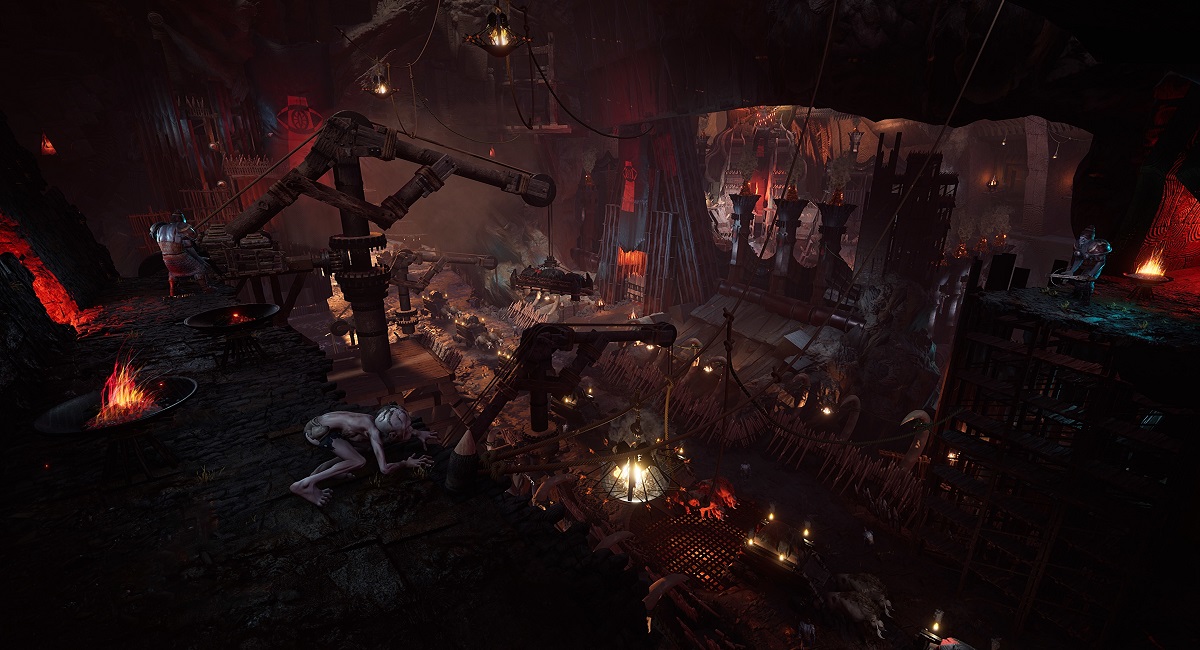 The Lord of the Rings is one of the most beloved high fantasy stories ever written. The books are timeless of course, but the tale has seen adaptations in just about any medium you can think of. The lowest hanging fruit is, of course, Peter Jackson’s excellent movie trilogy, but there’s also the Amazon series in production, not to mention the myriad of video games that have been set in Middle-Earth.

One such game that was announced last year is The Lord of the Rings: Gollum. In development by German studio Daedalic, Gollum is a stealth action-adventure title that has you play as the titular former Hobbit before he encounters Frodo and Sam. Aside from that information, the studio has been pretty tight-lipped about the project until now.

German media outlet GameStar recently got a look at the upcoming game while talking with the folks at Daedalic, who also provided them with some screenshots:

The art style is reminiscent of a storybook, a very dark and menacing storybook. You can draw from these screenshots that the game will feature some sort of dialogue system that has you choosing between the Gollum and Smeagol thoughts inside the character’s head, which could be great if done right.

As it’s set before The Lord of the Rings, there are plenty of recognisable characters we could see, though one seems quite likely given the number of hairy spiders shown off in the screenshots, so possibly prepare yourself for horrible old Shelob.

The Lord of the Rings: Gollum is set to release on PS5, Xbox Series X and PC sometime in 2021.

What are your thoughts on Lord of the Rings: Gollum? Do these screenshots have you excited? Let us know.