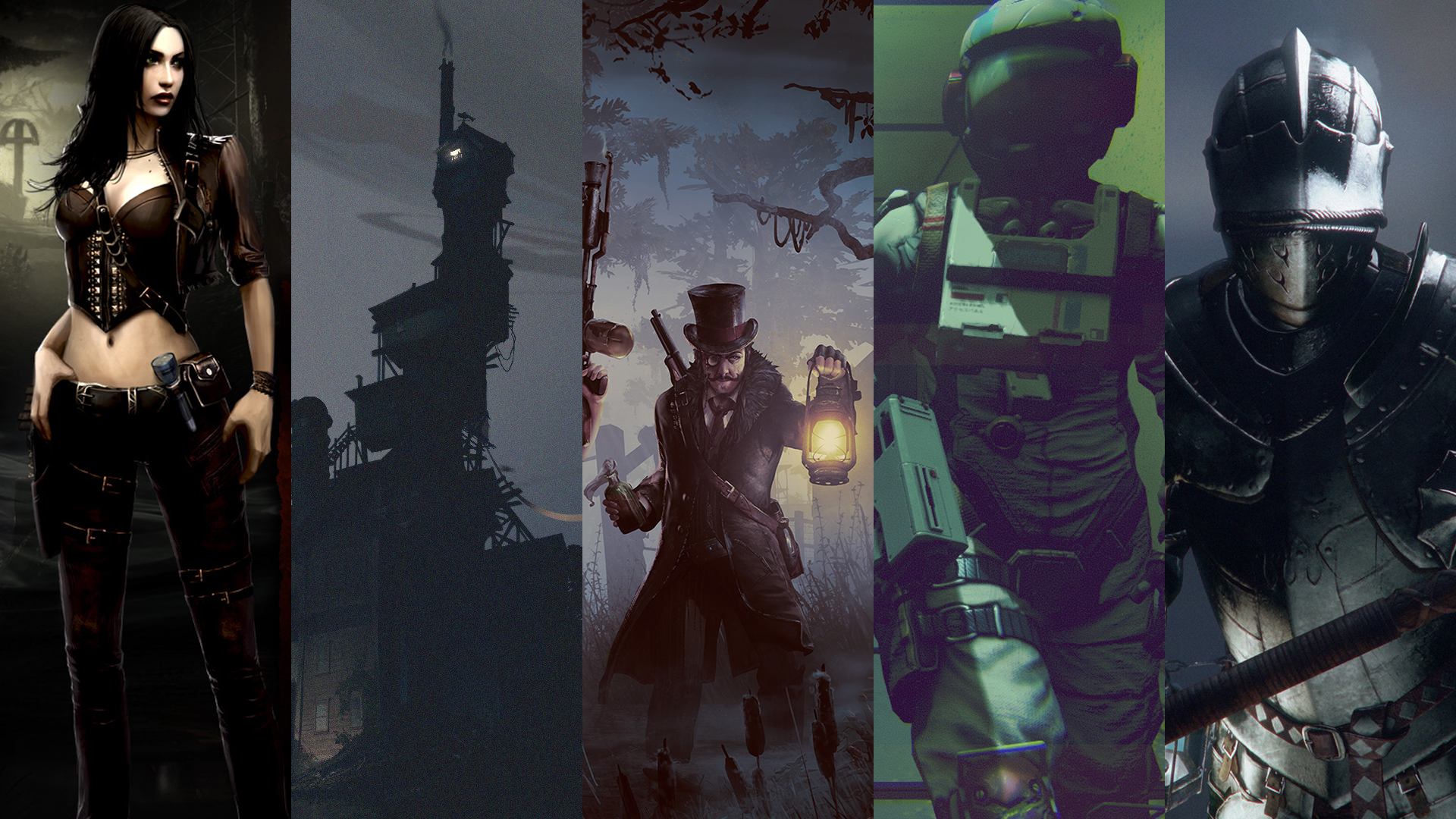 Each year a slew of new games are announced, whether they are sequels, remasters or brand new IPs. As such, each year brings with it new titles that excite the gaming masses right up until they’re inevitably delayed and then finally released. However, not all games are as fortunate, with some remaining in development limbo after their announcement for what seems like an eternity. What makes this worse is that as the sands of time pass, the news and development updates dry up, and with it many gamers’ hopes of ever playing those titles that made them giddy all those moons ago.

Now unfortunately not all of these titles make it to the other side and onto our gaming devices. However, some do and we’ve compiled a massive list of five (read: 5) games that have seemingly been stuck in development limbo without updates for too long, yet somehow have survived the official investor’s chop.

For the purpose of this exercise I have kept it purely to brand new IPs. Why? Because for all intents and purposes sequels are generally hybrids of their predecessors. Besides, who doesn’t like new and shiny?

Now of course there will be titles that I have overlooked. If you think there is a glaring omission in my list, feel free to let me know in the comments below, I’d love to hear about other games that have piqued your interest upon announcement time yet have seemingly fallen in oblivion.

Announced at E3 2014, HUNT: Horrors of the Gilded Age is a free-to-play, 4-player co-op third-person shooter set in the 19th century that is scheduled to release on PC, PS4 and Xbox One (we’ve included some gameplay from IGN’s E3 feature below). The game will feature procedurally-generated maps and will task players with completing various missions that will feature waves of enemies and boss fights. HUNT would have been the debut game from Crytek USA until the studio shutdown and the development moved to Crytek’s Frankfurt studio due to financial struggles. We were treated to more news at Gamescom in 2014 and a supposed beta was meant to be taking place at the end of 2014. However the beta never occurred and since Gamescom 2014 there has been very little information on the game’s development with Crytek currently focusing on their VR titles.

Thankfully, a Crytek representative has assured us that the title is still in development, but they gave no indication on when we would receive an update. We’re hoping that once the launch of VR passes then Crytek will be able to concentrate their efforts on HUNT.

Some of you are probably thinking, ‘Routine? I’ve never even heard of that game’, which if first-person horror games aren’t your thing then I am not really surprised. However, if they are and you also haven’t heard of Routine, well now you have. Routine is the debut game from LunarSoftware and was announced way back in 2012 as a PC exclusive title. You could probably be excused for thinking that it’s most likely cancelled given the lack of updates from the developer (the last one was December 2015). However I can confirm that is far from the case. LunarSoftware is a micro-studio of three employees and lead-guy Aaron Foster has stressed that although the game has taken much longer than he’d hoped, he won’t jeopardise the game’s vision in order to get it out the door and onto digital shelves earlier than it needs to be. So what is Routine? As I mentioned above it is a first-person horror title that is set on an abandoned moon base. From the gameplay trailer available it appears to be an amalgam of SOMA and Alien: Isolation, except Routine has the neat little bonus of being able to defend yourself from your assailants and apparently features permadeath. Yes, that’s right. Once you’re dead you’ll have to start afresh.

The second game from developer Giant Sparrow, What Remains of Edith Finch was announced in December of 2014 and had been slated for a 2016 release. Sadly, this looks to be wide of the mark as next to nothing is known about the title’s development status. We can tell you though that the game is a narrative-driven experience, much like Giant Sparrow’s first game The Unfinished Swan. You follow lead character Edith Finch through a collection of short stories about her cursed family in Washington State, with each story depicting a different family member. Ultimately you’ll be searching for answers as to why Edith is the last remaining member of the Finch family. From the gameplay snippet (which is linked below, thanks again to IGN) and the handful of screenshots we’ve been privy to, it looks very redolent of The Vanishing of Ethan Carter.

Originally announced as a PS3, Xbox 360 and PC game back in 2012 by publisher Topware Interactive and development team Reality Pump, Sacrilegium is a survival horror game set in the seldom used country of Romania and sees female protagonist Alex hunting down the Moroi (modern vampires). However since Gamescom in 2013, Sacrilegium has virtually been dormant. I discovered in 2014 that Sacrilegium had been put on hold because Reality Pump had been handed the development of the doomed Raven’s Cry IP (yes, that game that Gamespot crapped on and gave a 1/10). Since early 2015, Topware have largely avoided my requests for development updates, however I did receive a reply from a Topware PR rep in September last year (2015) that said: ‘the project is still alive, but there are no announcements planned in the near future’. Over the past year I have emailed Topware twice for updates the second time I asked for confirmation of its cancellation, however my requests have fallen on deaf ears. The game still appears on Topware’s current project list with a scheduled release window of Q4 2016. Although I refuse to believe Topware abandoned development of this promising IP in favour of the abhorrent Raven’s Cry, it’s looking ever more likely given Topware announced Two Worlds 3 earlier this year with Reality Pump as the developer. Sacrilegium makes this list purely for the fact that it’s a survival horror game with a female lead (something there is far too few of in general). After all, who doesn’t love kicking ass with a female protagonist?

It was announced in February 2013 that Capcom and Sony would be joining forces to bring us the PS4 exclusive, free-to-play, Deep Down. A gameplay demo was shown at E3 2014 that showed an action-RPG dungeon crawler that was supposedly set in the undergrounds of New York City, 2094. Capcom originally slated the title for a public beta alongside the Japanese launch of the PS4, however due to the game’s vision evolving, the beta was scrapped. Since then it’s a constant cycle of delays and trademark re-applications. Just this year the Deep Down trademark was renewed for fourth and final time (unless the name changes and a new trademark is lodged) which runs out in February 2017. It is unknown if the game will ever see the light of day, however we hope it does as it certainly has an intriguing appeal to it.