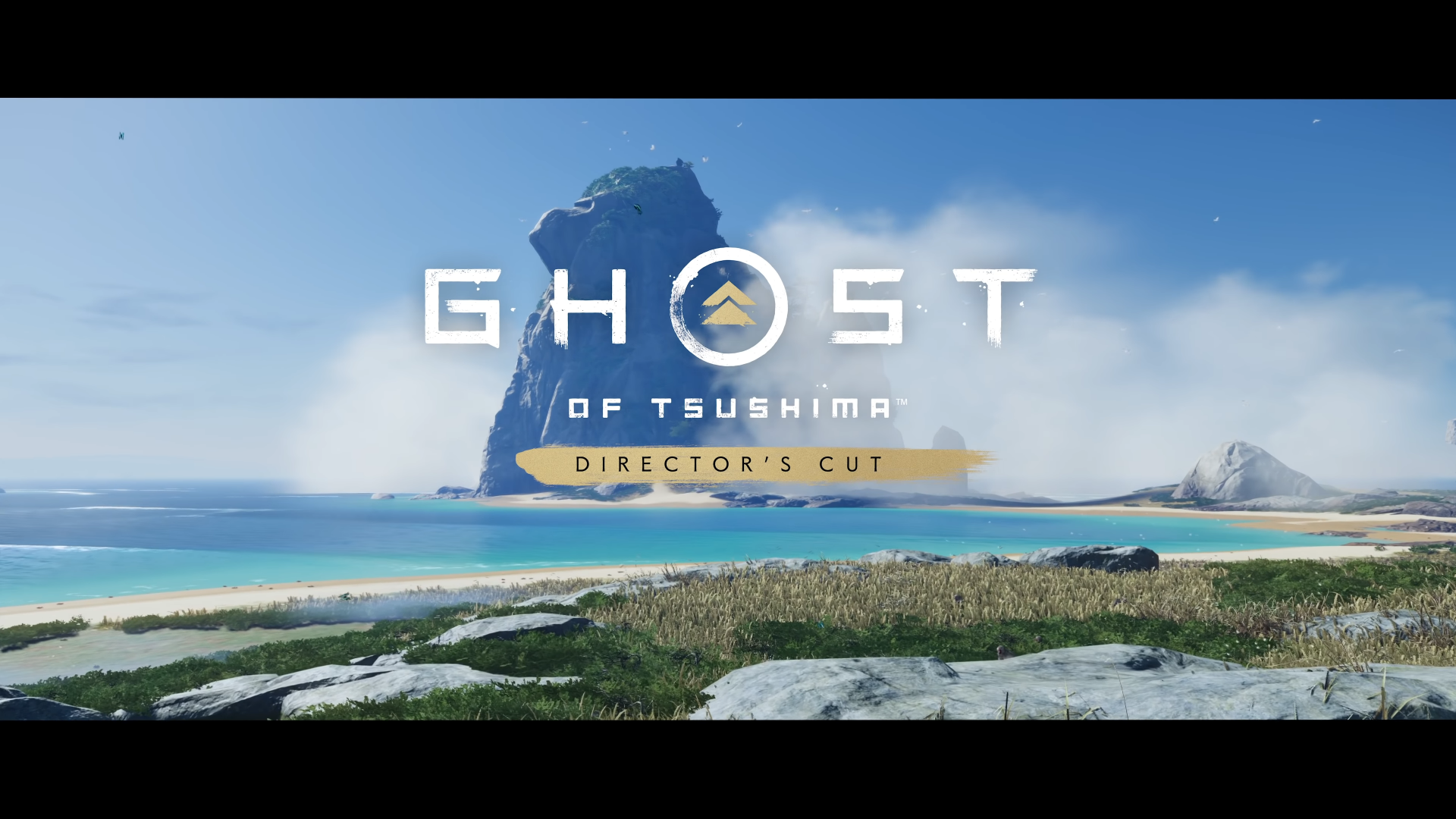 Over the last few months, Sony has recently shown great interest in the idea of director’s cuts. When the trend first popped up, the cynic in me immediately labelled it as another name for a definitive or game of the year edition of a previously released title, but I was happy to wait and potentially be proven wrong. Ghost of Tsushima Director’s Cut is leading the charge for this new movement, promising tweaks and improvements on the original title while adding an expansion and numerous new features. I had endless positivity towards Ghost of Tsushima when it released last year, so I knew what to expect from the core experience. The question is then, can the Director’s Cut do the unthinkable and make me love the samurai action even more, or is it a case of same game different name?

“Large, varied and drop-dead gorgeous, this is an open world that manages to be just as intriguing and engaging in the 40th hour as it is in the first.” That’s how I described Ghost of Tsushima within my review and I stand by every word. It’s insane to me then, that the Director’s Cut manages to improve on every aspect of the game from top to bottom. I feel like most of my time spent with the game so far has been slowly panning the camera around the colourful and vibrant locations as I soak in the beauty in 4K at 60fps. Each forest and field that I had previously visited looked sharper and combat felt infinitely smoother with the increased framerate.

This multicoloured field is about to be painted red

This isn’t just a visual overhaul though. Those of you that have played GoT will either laud or curse the choice to have the player manually control the camera. I must admit, I found that it added to the challenge during combat, but the Director’s Cut includes a lock-on option that, I must confess, I did use from time to time. It’s a quality of life inclusion that you may not want, but some need, so it’s a welcome one.

If you’re playing on a PS5 there are a number of generation-specific advancements that make your experience even better. Both haptics and adaptive trigger support have been introduced and they manage to raise immersion in some excellent ways. The tension you feel on the R2 trigger when firing arrows is perfect, far better than other attempts from other games, and the footstep haptics that change depends on the surface is a very nice touch. Truly mind-blowing though, is the music that the controller emits, not from the speaker, but from the haptics themselves. Playing the flute in-game as you hear and feel the notes is surreal and actually quite beautiful. Speaking of playing the flute, some people won’t be too keen on the motion-based minigame associated with the new cat sanctuaries, but it’s pretty harmless and it ends in kitty pats, so you can’t be too mad.

Moving around Tsushima is much faster on the PS5 as well, with load times being all but erased from the game. The time between home screen and gameplay is ten seconds, not even giving me time to check my phone, let alone to get fed up with waiting.

One thing that I moaned and groaned about in my original review was the lack of Japanese voice sync, something that the Director’s Cut has remedied. I badly wanted to play through the game with the Japanese voice acting on the first time around, but with the lips moving as if they were speaking English was far too off-putting. Now when you choose Japanese it’s seamless and it makes for a far more authentic and engaging experience overall.

The biggest change found in the Director’s Cut is the game’s new Iki Island expansion. I assume that this content would be more of the same, and I would’ve been happy with that, but the result far exceeded my expectations. Following the events of the main game, Jin discovers that a ruthless Mongol sect known as the Eagle Clan have taken root on Iki Island and plan to invade Tsushima once they fully conquer the smaller Iki. Seeing firsthand the devastation that this faction and its leader (The Eagle) are capable of, Jin decides not to wait for their arrival, but to travel to the island and deal with the threat.

As far as size is concerned, Iki pales in comparison to its mainland counterpart, but that doesn’t matter at all once you arrive. The locations found on this new map are unlike anything on Tsushima and they provide some of the most unique and gorgeous backdrops in the entire game. The vibrant, beachy coves are stunningly bright and full of life, but easily the most impressive is Kidafure Battleground, a small village that is overgrown with foliage after being destroyed in battle. Iki is condensed, highly varied and provides some of the most spectacular views from any game in recent memory.

The sights aren’t the only reason to visit Iki. Some members of the Eagle Clan will be familiar to those who’ve played GoT, but their ranks also include a number of new enemy types that provide a welcome challenge. Lightning quick, polearm-sporting brutes provide another powerhouse to deal with, but the primary new threats are the shamans. These agitators hang at the back of a group and chant, evoking a bloodlust in their compatriots. This allows the surrounding enemies to use heavy attacks more often, as well as buffing their overall health. Prioritising these bellowing bastards makes every combat scenario more deadly and interesting.

The Eagle is confident in her strength, but the Ghost is coming

With the stakes raised, so too are your tools to meet them. Your loyal horse will be given the ability to charge enemies at the cost of Resolve, which is an excellent way to kick off an encounter. You’ll also meet a cast of new characters as you journey to defeat The Eagle, all of whom have distinct personalities and purposes. What’s most impressive about this side story is that it doesn’t feel like a side story at all, rather a vital piece of Jin’s overarching narrative. Completing missions across Iki will uncover Jin’s past and his fractured relationship with his father, which was never truly explored in the main game. I won’t go into specifics here, but the threads that are pulled on during your time on Iki Island are essential for those who care about Jin, as they round out his character and make him a much stronger protagonist in the process.

The missions that you complete on Iki Island aren’t massively different to those that are found on the mainland, but new settlements will introduce events like fighting tournaments, golden birds that will lead you to new armour sets and encampments that will need revaluated approaches to compensate for the new enemies. The Iki content could have felt like a detached add-on, but its new additions will have you exploring and battling for upwards of seven to eight hours and during all of that time you’ll be motivated by a brilliant new villain and some amazing story beats.

If you’ve already played through Ghost of Tsushima and think that you’re done with the game, think again. The Director’s Cut not only tweaks the existing formula, adding in features that make the experience more well-rounded, but it also provides an expansion that lengthens the game in a meaningful and entertaining way. Iki Island is packed from coast to coast with sights that will drop jaws, but its gameplay advancements and narrative strengths somehow outshine them. Ghost of Tsushima was already an instant PlayStation classic, but the Director’s Cut content, along with the previously released Legends mode, has ensured that it holds a spot among the best games to have ever come from the blue brand. 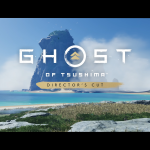 Ghost Of Tsushima Director’s Cut Review
Ghostly Glory
Refinements made to the core game make Ghost of Tsushima Director’s Cut feel fresh, but the additions within the truly excellent Iki Island expansion elevate the game to completely new heights.
The Good
The game is somehow even more beautiful than before
Meaningful tweaks and additions iron out previous issues
DualSense features add to the immersion
New enemy types add a new layer of challenge
Everything about Iki Island
The new story is so good that it feels like required reading
Legends Mode
The Bad
Some players won’t like the motion control segments
PS4 players lose out on certain features
The odd bug here and there
9.5
Bloody Ripper

Ghost Of Tsushima Director’s Cut Review
Ghostly Glory
Refinements made to the core game make Ghost of Tsushima Director’s Cut feel fresh, but the additions within the truly excellent Iki Island expansion elevate the game to completely new heights.
The Good
The game is somehow even more beautiful than before
Meaningful tweaks and additions iron out previous issues
DualSense features add to the immersion
New enemy types add a new layer of challenge
Everything about Iki Island
The new story is so good that it feels like required reading
Legends Mode
The Bad
Some players won’t like the motion control segments
PS4 players lose out on certain features
The odd bug here and there
9.5
Bloody Ripper
In this article:ghost of tsushima, ghost of tsushima legends, Ghost of Tsushima: Director's Cut, PlayStation, ps4, PS5, SIE, Sucker Punch Productions