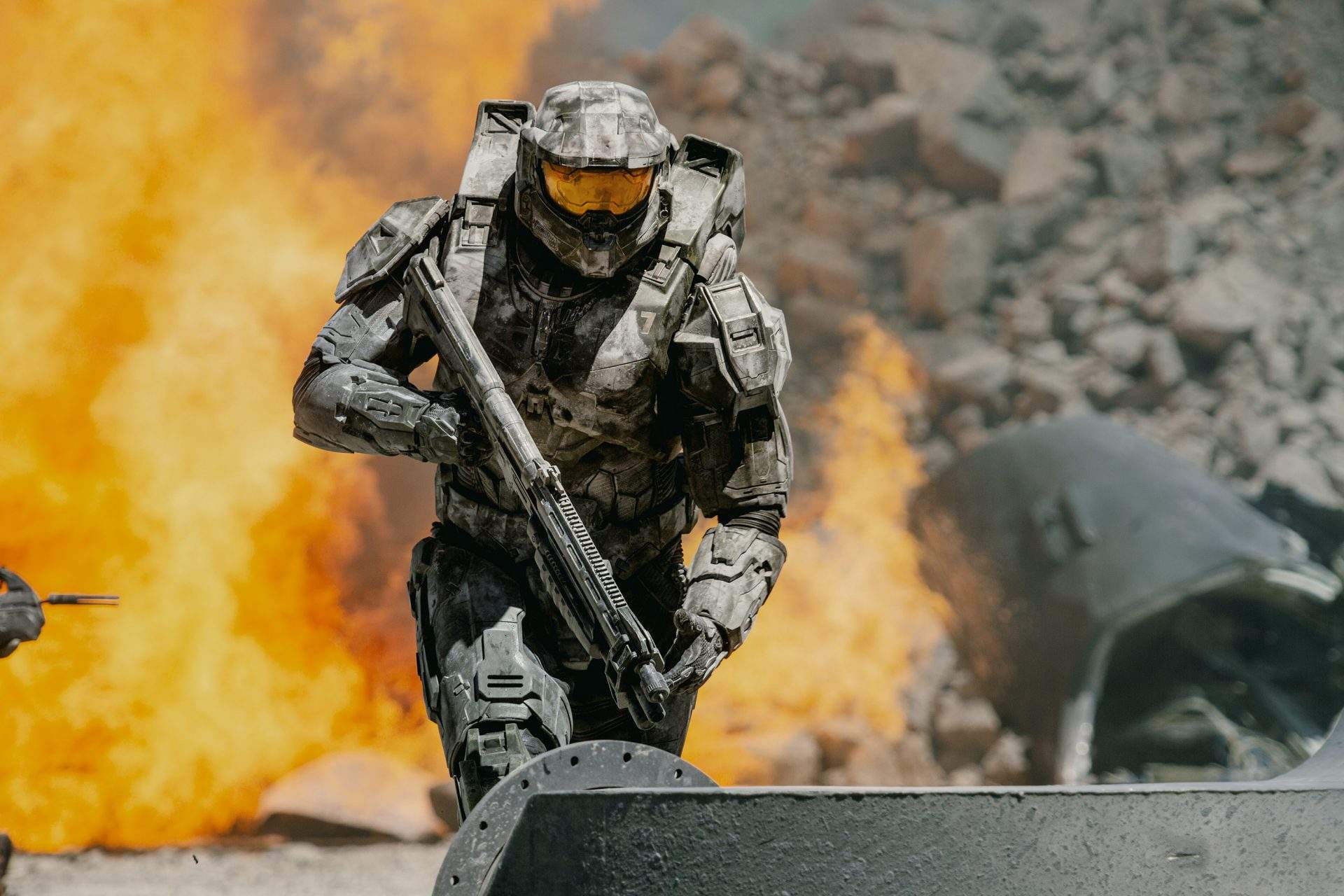 After the premiere two episodes of Halo gave us a taste of the grounded, early days of Halo, episode three kicks things in an exciting forward direction. While things begin rocky by showing some of the show’s flaws, such as weak side characters and cheap sets, we get to explore a mystery about John’s childhood that has potentially huge implications for the traditionally faceless super-soldier.

Things kick off with a flashback segment that does little to distract from the washed out, poorly green-screened planets that lack any defining characteristic beyond debris, metal, or sand. Like episode one, we see that humans are their own greatest enemies within the colonies, with brutal fascism and over-policing.

That is, until the Covenant shows up on the hunt for something unexpected, threatening the inter-human conflict with a greater big bad. Whereas our previous glimpses of the Covenant were of their bloody search for an ancient, 100,000-year-old artefact with ties to the Halo superweapon, this time they’re after a ‘special’ human child. This serves as the background for the unusual Human-Covenant character Makee (played by Charlie Murphy), who previously only served to give us glimpses of the vague pseudo-religious workings of the Covenant leadership.

Dr Halsey has been one of two characters in this series that has been set up with a compelling character arc that is consistently making progress, alongside Soren. Emergence looks to shift this narrative with the pairing of Cortana and Master Chief and thank goodness for that. As with the games, we come to appreciate that the jack-booted alien killer has his best story moments courtesy of his anthropomorphic AI companion. Viewers are invited to see the birth of the famous AI, and like most births, it is shockingly uncomfortable to witness. Despite emerging from a plot-specific uncanny valley, Cortana’s ghostly blue visage emerges from Chief in scenes that add levity while also acting as the expository olive branch to enlighten audiences about where the series looks to be headed. Suffice to say, the very first pairing of Cortana with Master Chief is an effective ‘Halo’ moment in a show that often seems reluctant to connect the most interesting elements of the property to the show.

Exploring the mystery of John’s childhood and current relationship with Halsey shows the hidden breadth of writing that Halo has kept close to its chest. Another surprise is seeing how Cortana comes to represent a humorous and prickly Oedipus complex for the Chief which is best not spoiled for the fans. The realisation that John’s journey towards the Halo may have been set from his early childhood and the questions this raises finally has me eager to come back next week.

Amusingly Cortana and John don’t immediately hit things off, and this makes for a far more interesting dynamic than the John and Kwan Mando-esque plot that viewers were initially led to believe the show was setting up. Thankfully, they go their separate ways with Kwan heading off a vague subplot with Soren about a charismatic, assumedly evil fascist named Vinsher Grath (played by Burn Gorman). Gorman does his typical bad guy schtick, but his presence still isn’t justified and Kwan’s motivations for chasing him down are tenuous. Yet it is worthwhile just to see more of Bokeem Woodbine riffing on camera and having a great time while hobbling around in the uncomfortable looking spartan armour. For now, Soren and Kwan are chasing a MacGuffin which happens to be the least interesting part of the show. Perhaps this unlikely pair will open up the worldbuilding in a way that Halsey and Chief are yet to do.

Emergence sees Halo finally coming into its own. Taking three episodes to finally set some plot stakes means that fans are likely to find the season ahead something of a slow burn. The significance of the plot revelations that Cortana’s character brings to the fore lay exciting groundwork for the conflict to come. It is just a shame that the worlds we are shown are still lacking in character and the adventure has not yet kicked into high gear. 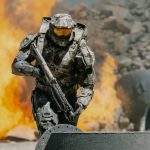 Halo Episode Three – Emergence Review
Getting cheeky with the Chief
With the introduction of a defining Halo character comes some much-needed humour and plot structure. The focus on exploring Master Chief’s forgotten childhood sets up some exciting consequences for the Halo lore at large, and a promising season ahead.
The Good
Cortana elevates the character drama
Woodbine's Soren is having too much fun
Finally, exciting plot movement
The Bad
Sets still look cheap
Kwan's side story still lacks a believable purpose
Series still struggling to define its villains
7.5
Good