With less than a fortnight to go before the worldwide release of Sony’s PlayStation VR headset, I have been anxious to get some hands-on time with a number of titles to help give you guys a heads up on how the experiences hold up before taking that leap of faith and forking out the purchase price. I was fortunate enough to be invited to a preview event by Sony at the EB Expo the night before it was open to the public in Sydney. While most of the attendees were only allowed to play a couple of VR demoes due to limited availability, I was stealthy and patient enough to get a decent amount of playtime with seven VR titles. As the launch of PSVR looms, I thought I would give my impressions on one title every second day leading up to the big day.

Without doubt the hottest topic on the PSVR floor space was Rocksteady’s Batman: Arkham VR. I knew this because I had to wait in a line (at a preview event) to play it. Considering I already used my ticket on another VR game, I was happy to wait….and it was worth it. 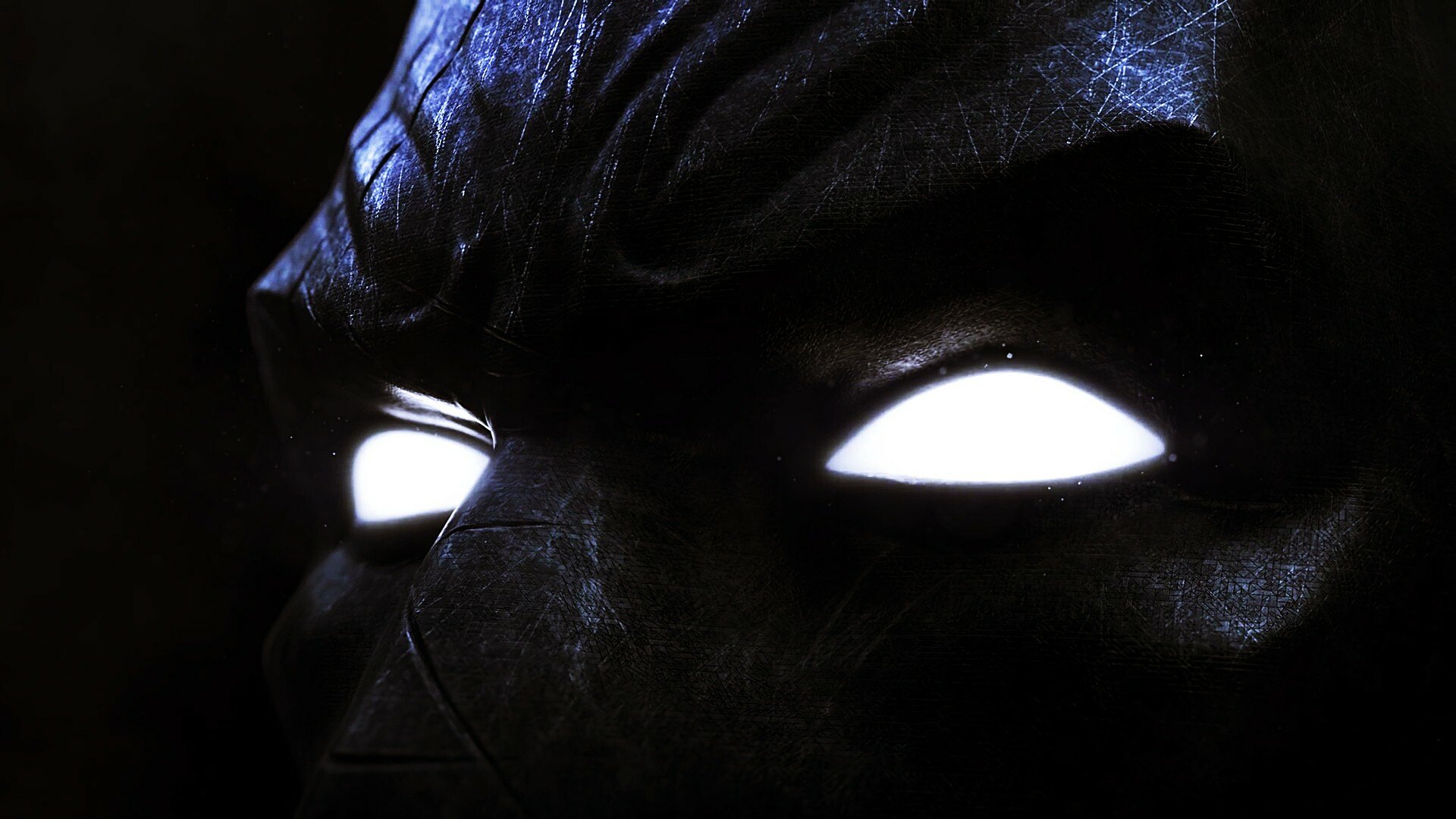 While short and more of an experiment, Batman Arkham VR has high production values and its incredibly immersive!

Rocksteady chose to take full advantage of VR rather than create a typical Arkham game that was available on consoles. It’s first person and there wasn’t any action in the demo I played. In fact, it will probably be limited throughout the duration of its estimated hour-long campaign. However, I never felt so much like Batman. It’s an overused term, to say: “We want you to feel like the Batman.” Hell, even Telltale is using it as a way to entice players to dive into their Batman series. However, this is the closest thing you will ever get.

I played the Bat Cave demo and it was one of the most memorable things I’ve done in a game in a long time. Dax from Rocksteady was standing there ready with those cool looking Batman earphones they used at Comic-Con. I appreciate little attentions to detail like this. I didn’t know the game itself would be jam-packed with so much more. The demo begins in Wayne manor where Alfred approaches me and starts saying something to me. I wasn’t sure what he said because I was so invested in the environment I was in. This is the best looking launch title for PSVR without a doubt. Alfred’s face looked just as good as any of the other Arkham games with a slight blurriness due to the lower resolution of PSVR.

The game requires Move controllers, but I honestly can’t think of a better control input to use. Reaching out and grabbing objects (using the triggers), is what you will mostly be doing. Whether it was pressing keys on the keyboard to reveal the infamous passageway leading to the Bat Cave to turning a key, it all feels very authentic. 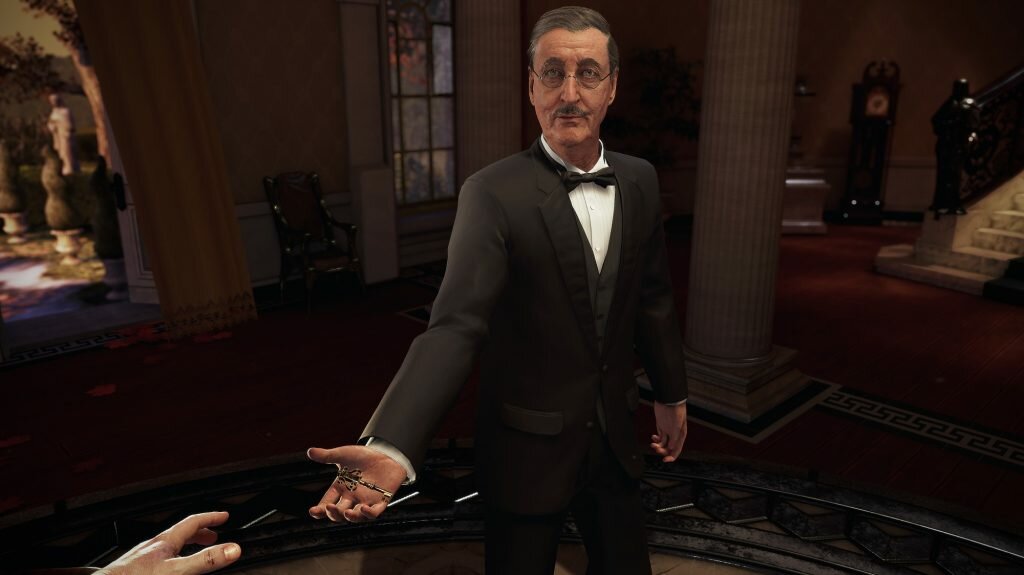 Feels like being greeted by an old friend. Hello dear Alfred

One of those “holy crap” moments comes up next. Yes, putting on the bat suit and cowl. While putting them on definitely felt real and cool, it was immediately after where I saw my face in the mirror and sure enough, I was Batman. You can’t help but flex or stick your nose up a bit or do a little dance. It’s very entertaining. There are so many opportunities to do these little silly things. The gentleman playing the demo before me was patting Alfred across the head.

Following the epic suit moment, Batman (yes, I just referred to myself as Batman) had to test his gadgets. Arkham VR offers three gadgets; the grappling hook (which is your traversal tool), your unlimited array of batarangs and a scanning tool. It’s a great way to introduce players to these gadgets and how you can access them. If you want to select your grappling hook, just reach down and grab it from your belt. Want to access and throw a batarang? just pull it out of your belt and throw. It’s so easy and intuitive and it felt great. 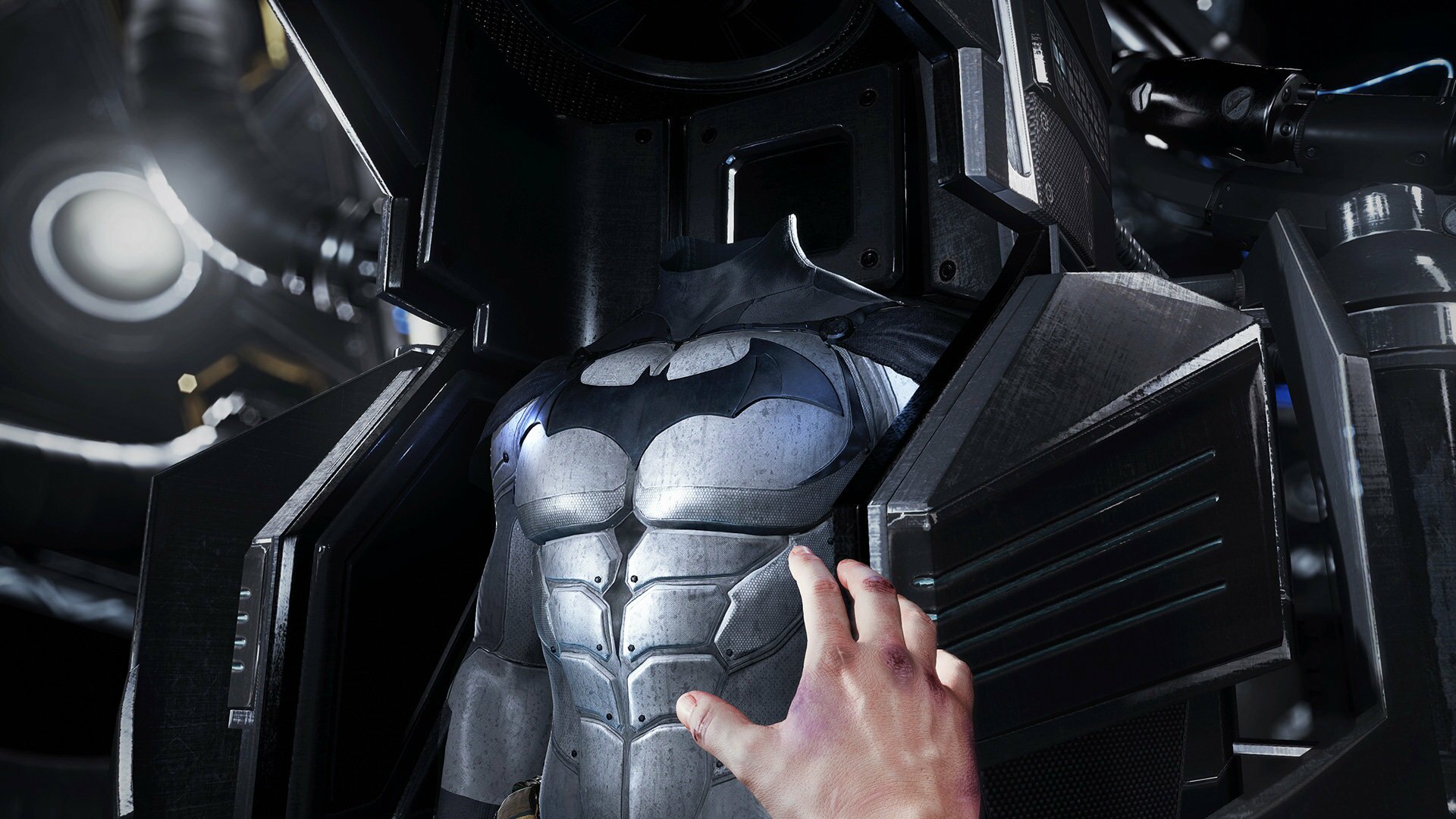 Putting on the bat suit was one of the most memorable video game experiences I have had in a long time. Plus I didn’t look too bad in it

Now my favourite part. Descending into the Bat Cave. Holy Hell this cave is massive. I saw glimpses in trailers but to be in there…. It’s something else. Seeing the bats fly off in the distance, the humongous waterfalls and light pouring out from its roof was surreal. Being scared of heights as well, my legs were locked in place as the elevator made its way down ever so slowly. Once I reached the bottom I reached a desk with all these Batman references (which are cleverly sprinkled throughout the whole demo). Unfortunately, it was all over too soon.

I congratulated Dax from Rocksteady for treating the franchise with such care and putting everything they had into this title. Regardless of the proposed length, there is no doubt this game is a labour of love and is THE MUST HAVE launch title for PlayStation VR. They deserve a lot of credit in creating the most thoughtful use of VR, the best looking game in VR with one of the most celebrated icons in pop culture in VR in such a polished way. It’s almost hard to believe it was only announced in June this year. You can pre-order the game now on PSN for $29.95 AUD. That demo in my mind was worth the price-tag alone.

While mixed review scores have been seeping out since my preview, I noticed that most of the reviews echoed my experience with it. Understandably, the short length can be a deterrent and with so much potential, may have deserved those scores. However, I still stand by my recommendation, that this is a fantastic showcase of VR’s capabilities, not just for PSVR owners, but for their families and friends to try out too when they come over and want to see what VR is all about. I have paid higher prices for shorter experiences like watching a film in a gold class cinema booth or riding theme park rides. The only difference is; you can revisit Arkham VR as many times as you want.

Joshua Rizk
Mr Multiplatform just wants everyone to get along. Occasionally he gets called a Sony fanboy but then he spams haters with photos of his Halo, Gears of War, Super Mario and Zelda statues. When he is not gaming he is in legal courts thinking about video games or recording music thinking about games

WB Games To Make An Announcement During DC FanDome Event In August
June 17, 2020

Is Destiny 2’s DLC The Worst Activision Campaign Ever?
August 24, 2017

A Kieron and Adam co-op article