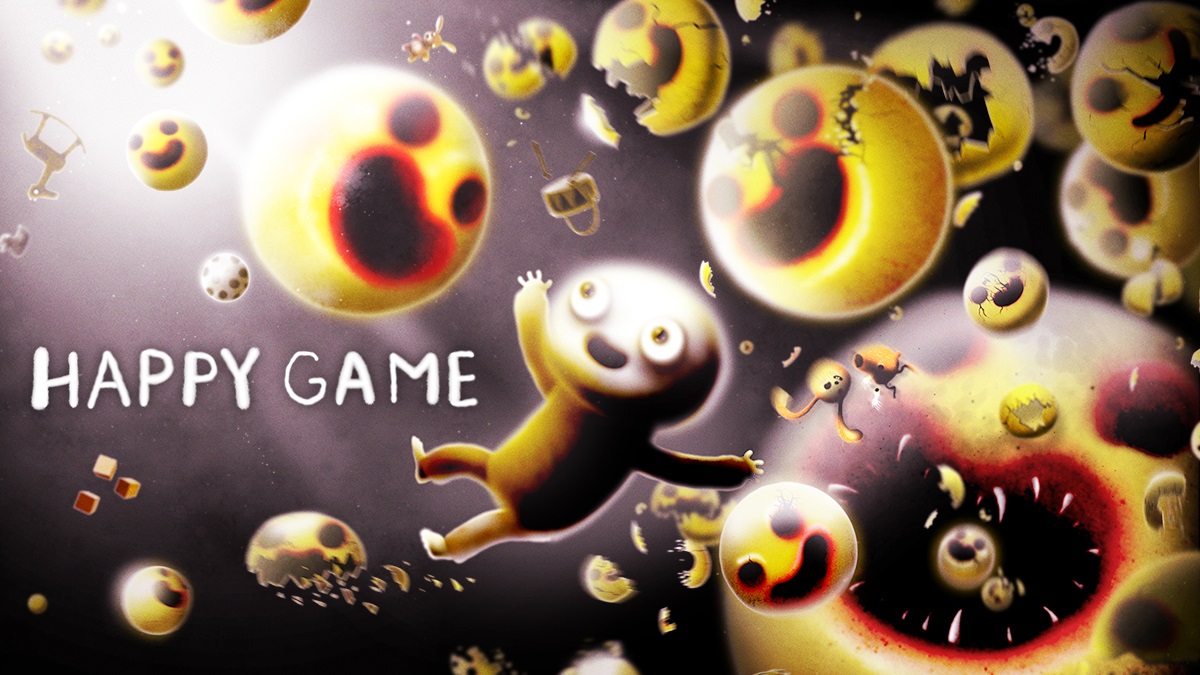 I’ll be honest, when I was first shown Happy Game, the latest from Czech Republic studio Amanita Design, I wasn’t sure what to think. Sure, it’s clearly not a ‘happy’ game given the obviously weird and violent looking designs, but just look at the little boy’s smile. Look at him! He’s so happy! Which is exactly what Happy Game does best, presenting the absurd nightmares of a child who chases after his favourite things to find happiness across jarring, dark and deadly imagery. Despite a little awkwardness along the way, it succeeds in its attempts rather well.

Happy Game follows a similar formula to some more famous cousins, namely Little Nightmares and Inside, as you guide your little hero through dark and sometimes terrifying scenes along a small handful of side-scrolling levels. But there’s one distinct difference, as the game allows you to interact with its eerie cast of characters more like a point-and-click adventure than a traditional platformer, not unlike Amanita’s previous work (Machinarium and Botanicula, among others). You’ll be pulling, lifting and interacting with everything you come across in order to guide the nameless boy through each nightmare scenario, initially to chase down his lost football, then later other objects that bring a smile to his face in this horrifying dreamscape.

The calm before a bloody storm

Though relatively short, this combination of interaction and general movement works well, with a small amount of awkwardness when the puzzles become more elaborate later in the game. You don’t die, per se, but you will come across moments where it takes a little more ingenuity to continue. It falls shy of being too difficult as to become frustrating, but some puzzles will require some consultation with the old grey matter. This is a game that prefers to have you follow through its story at a decent pace instead of throwing up roadblocks just for the sake of padding out the runtime.

It’s got a hell of a story too, and not just because of its imagery. Happy Game revels in its devilish character designs and mean-spirited monsters that are out to tease and make life difficult for our hero (of sorts), not holding back on sudden shocks or flash imagery of blood and guts. But there’s plenty of humour sprinkled throughout the adventure too. It would have been so easy to double down on the horror aspects at play, but there were a handful of moments where I laughed aloud at the clever animations, and a particular moment during the second nightmare had me grinning ear to ear. I won’t spoil it, but as a long time Liverpool FC supporter I got a kick out of it… pun intended.

Definitely not related to Peppa

Still, Happy Game is a psychological horror experience at its core, and in that it succeeds. Coupled with some excellent animations that at times made it feel like an interactive cartoon, and plenty of equally creepy sound effects and music, Happy Game does exactly what it intends as it freaks you out in all the best ways. I felt uncomfortable when pulling on the legs of creepy dolls or witnessing my little buddy getting swallowed whole by a giant bunny monster, but it’s so well put together that I couldn’t help but enjoy it.

Happy Game doesn’t overstay its welcome, with its levels balanced in pace and originality with a brisk, well told, disturbing story. Given some of my own personal experiences, the third act hit home the hardest as it leaves some of its best scares to last, making me feel for the child as he cries out for something he loves while the darkness plays with his emotions. It might not be quite as good as Amanita’s breakout hit Machinarium, but it’s right up there as one of their most colourful, absurd and downright scary titles to date.

Happy Game isn’t for the squeamish or those with any particular phobias, but anyone looking for a short horror experience a la Little Nightmares or something that isn’t just another first-person jump scare fest would do well to chase this one down. 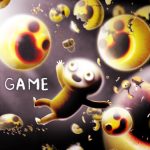