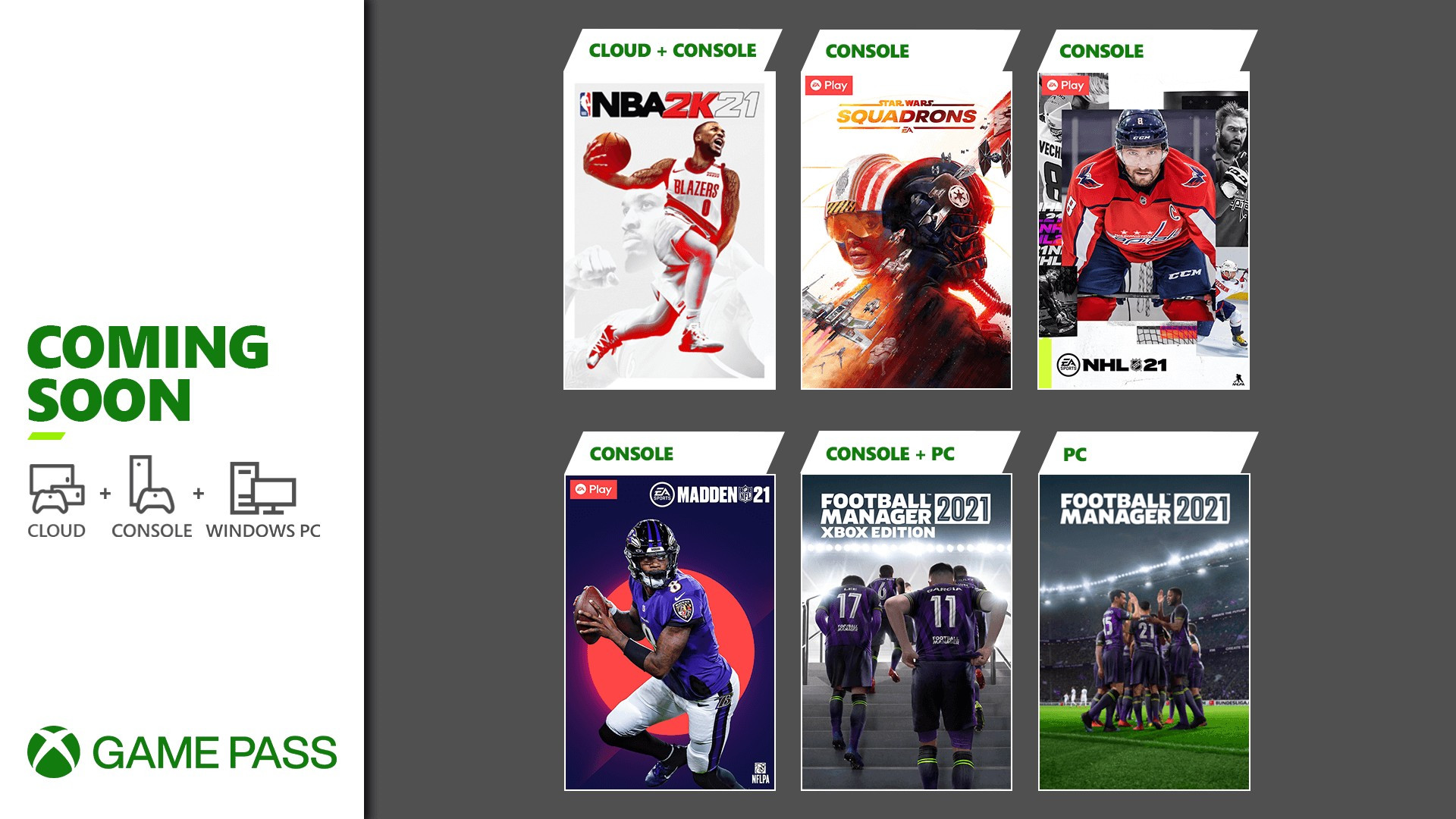 A new month means a new batch of games heading to Xbox Game Pass. Over on Xbox Wire, it was announced that six new titles will be making their way to the service within the month (with the exception of one that hits early April). March is a sports-heavy month, but the tail-end will see a cheeky Star Wars inclusion to mix things up a bit.

The first newcomer is available right now, with Madden 21 being added today.

As per usual, there will also be a handful of games that will be leaving the service. On March 15, the following games will leave Xbox Game Pass, so be sure to play them before they disappear.

Are there any standouts from March that you’re keen to download? What would you like to see added to Game Pass? Let us know.