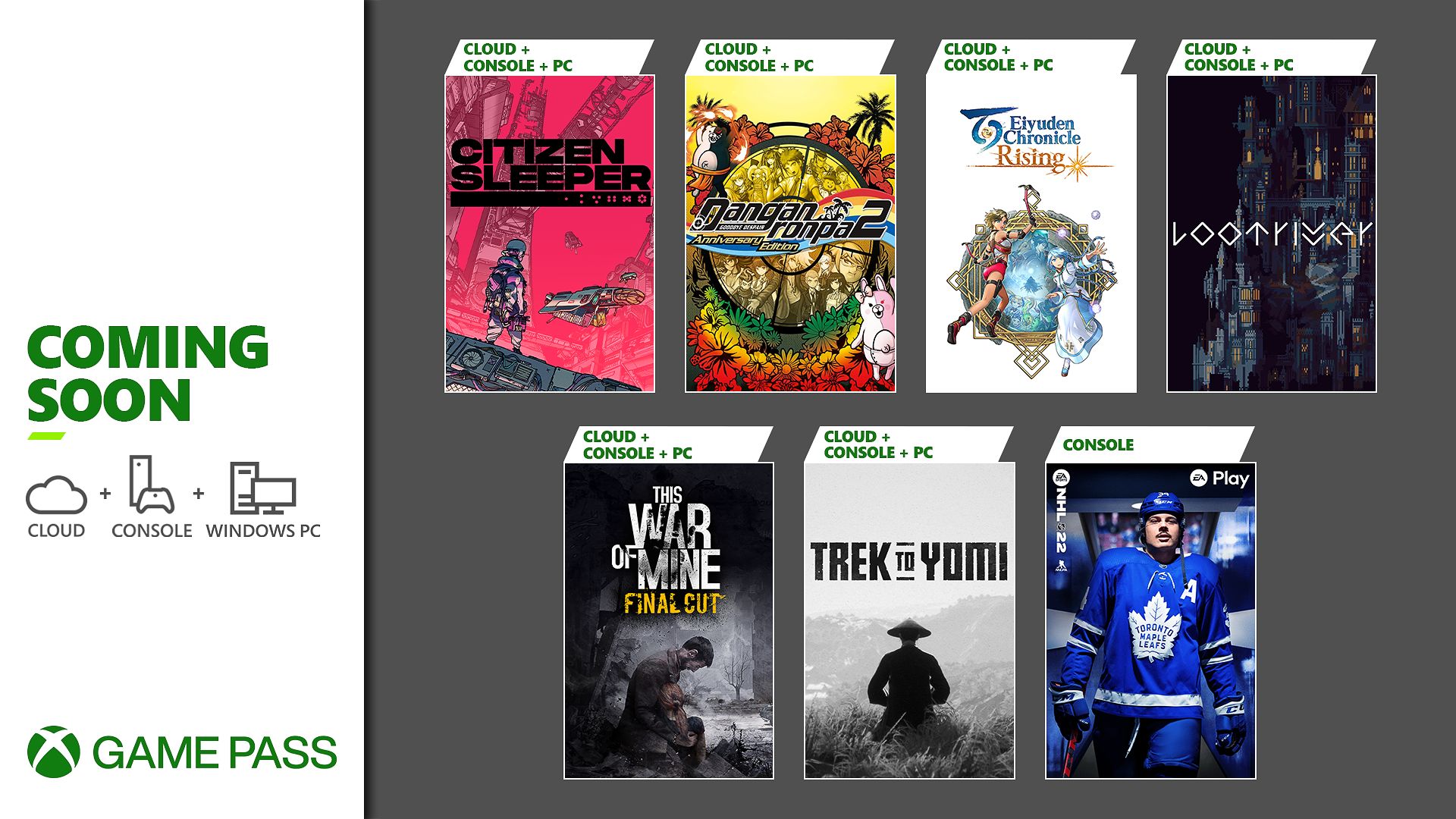 Don’t freak out, but we’re now in the fifth month of the year. Yep, rolls on and it’s terrifying. Anyway, enough of that, let’s have a look at the games that we’ll be playing this month. Announced on Xbox Wire, a list of new titles are being added to Xbox Game Pass in May. It’s an interesting mix of games this month, ranging from sporting titles to highly-anticipated indies, so let’s take a look.

Here are all of the games being added to Xbox Game Pass in May 2022:

You know the drill by now, we get given a bunch of games and then we need to say goodbye to a bunch of others. Here are all of the games leaving Xbox Game Pass in May:

Having previewed Trek to Yomi in March, I’m very keen to continue slicing through bandits and enjoying the black and white colour scheme. Outside of that, I’m looking forward to finally giving This War of Mine a go, though I’m not sure I have enough tissues in the house for that, so it’s good that I have a week or so to prepare.

Which of these titles will you be playing? What would you like to see added in June? Let us know in the comments or on our social media.