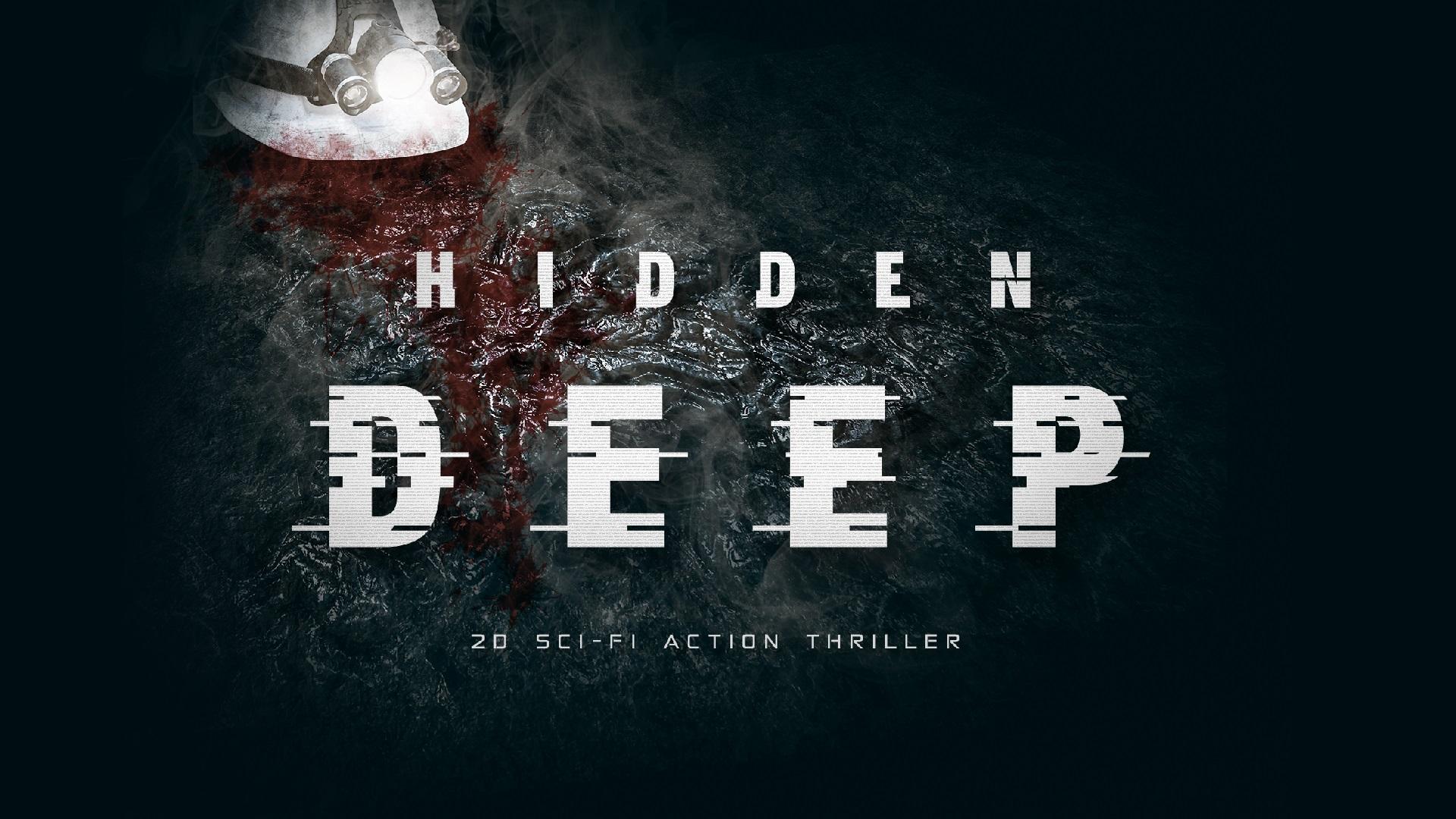 The Newgrounds heyday of the noughties was a haven of janky Flash games that flirted with all kinds of genres and adult themes, best enjoyed on the school computers out of the teacher’s view during the broadband days. 2D platformers with clunky controls were certainly a trend, experimenting with various themes and gameplay gimmicks in a barely playable fashion. Before the free-to-play era, this was the place for amateur games of wildly varying quality.

Hidden Deep plays like how I remember these Flash games of yore and is a new early-access title from solo indie developer Cogwheel Software and publisher Daedalic Entertainment. With a budget that kicks it just above the realm of 90s shareware and early 2000s web games, this 2D sci-fi survival thriller title has the comical ragdoll physics I remember of the 2D jank-filled era, also harkening back to the frustrating and (by today’s standards) sloppy platforming of classic Prince of Persia. Keeping in fashion with that bygone era, expect to die in a limp splat of 2D pixel gore. Constantly.

Within a sub-oceanic mining facility, a crew makes their way down dark shafts to fight fleshy creatures that are drawn to your sound and light. Your aim is to go deep within the caverns below the ocean floor in search of an expedition crew that had set up mines on the ocean floor for research and exploration. Environments are dimly lit and two-tone in appearance, often differing only between shades of dark grey walls and mysterious red veins creeping through the tunnels. The atmosphere is the immediate draw of Hidden Deep, playing on the dimly lit claustrophobia of cavernous horror films like The Descent.

Players begin by seeking out previous crew who have gone missing over a series of story missions, or expeditions. There are also randomised challenge modes on the side that benefit from bringing a friend or three in co-op. Your character begins armed with a pistol, some explosives and traversal equipment. The most useful of these is the grapple hook which is used to navigate the labyrinthine tunnels and caves. Straight out of the underrated Prometheus film is a scan ball, a spherical drone that the player can use to scout ahead in the thick darkness. A helpful device, as creatures will pounce out of the dark corners with little warning other than a foreboding screech often followed shortly by the player’s quick death.

As each crew member comes to a quick and often unexpected demise, the crew member will respawn nearby with no progress lost. Expeditions appear to grant 14 crew members, or lives, removing a lot of the tension and setback that might be expected of the ‘survival’ aspect of the game. Survival is further undermined by the clunky controls. Too many times I would navigate the inventory screen, hover over the explosives, escape from the menu only for the character to plant the explosive and subsequently explode. Most deaths in my brief playtime were attributed to wonky controls that don’t function as expected.

The grappling hook can also be used as a zipline, leaving room for creative platforming

Wearing its inspiration on its sleeve, Hidden Deep does not yet offer a unique or compelling experience. It seems primarily to be a homage to some horror greats of film and games, such as the non-subtle inclusion of barnacles from Half-Life. The carnivorous maggots and flies that haunt the early areas are typically easy to take care of with the pistol and its targeting laser light, when attacking small batches. The barnacles, though, generated more frustration than fright.  With the two-tone environs being black and red, it is very difficult to identify where these long-mouthed monstrosities will be lurking and are likely to snap you up before you can react.

Co-op play appears to be a must during the initial launch of the early access. From as early as the second expedition, the player will be tasked with rescuing and escorting trapped crew members to safety. If you are playing solo like myself, this involves the insufferable frustration of switching between armed and defenceless crew members with no AI assistance. The unoccupied crew members will remain static while being attacked, or drop from a stray friendly bullet. Other times you are laying out ropes and equipment with one crew member so that the other crew member can traverse the many pitfalls. Some of this equipment, like the rope, seems to be very temperamental and simply won’t work some of the time. This results in missions that all too frequently break and require restarting, an understandable caveat of the early stages of development that might be a turn-off to some.

Beyond homage, Hidden Deep is yet to establish what its draw is in the crowded 2D platforming market. Its survival-thriller bent is not much more than an early concept swamped with frustrating controls and systems. While the game’s marketing does not yet seem to emphasise it yet, at least in early access, Hidden Deep will be best experienced with friends that have tremendous patience and perhaps grew up with unforgiving 90s PC platformers.