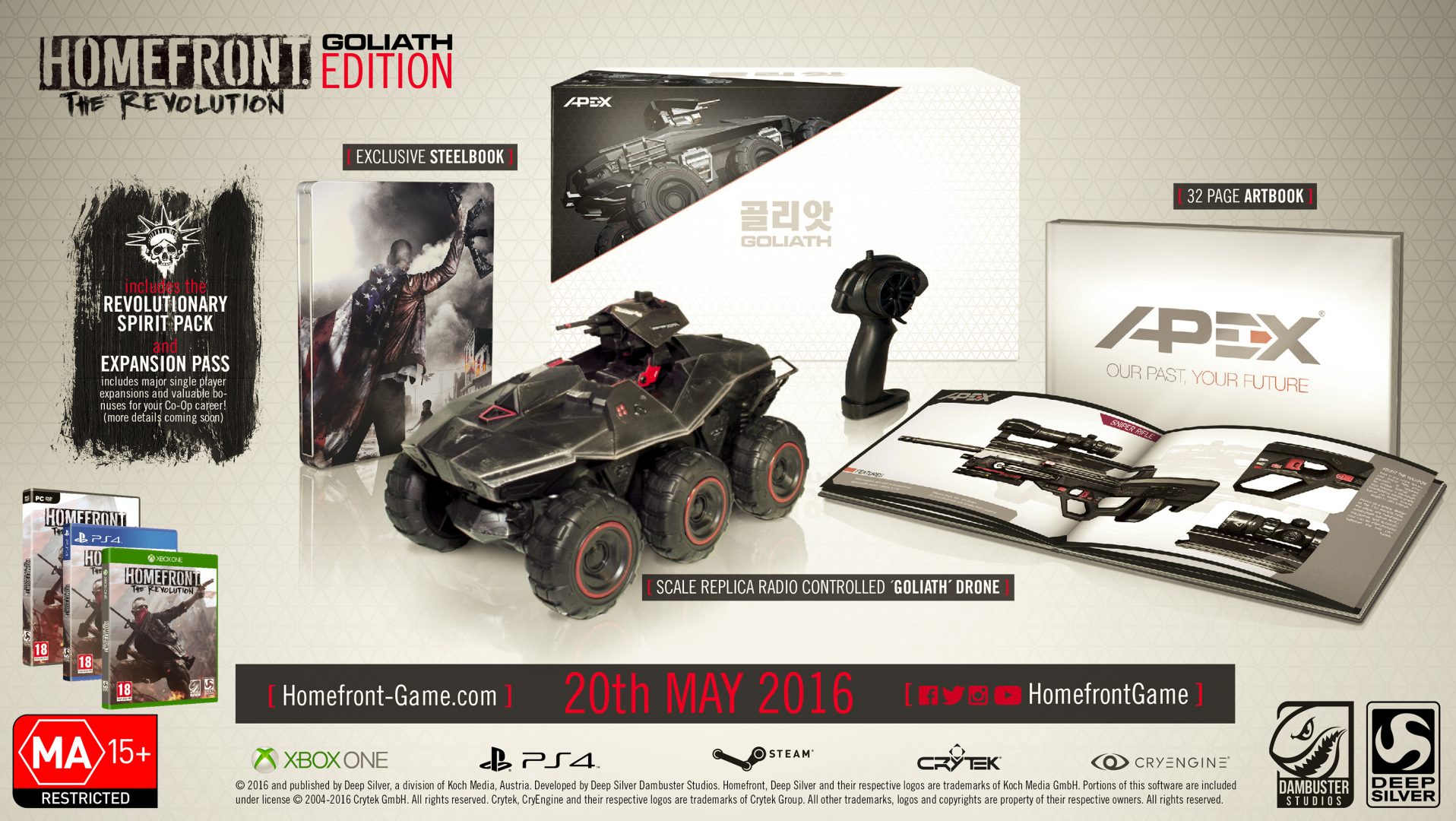 Recently it was announced that Deep Silver and Dambuster Studio’s upcoming urban-warfare game, Homefront: The Revolution, would be receiving a collector’s edition, known as the Goliath Edition. The biggest treat in the box is the RC Goliath drone, which is a replica of the drone used in the game. You also get DLC codes, the expansion pass, a steelbook, an artbook and of course a copy of the game.

Previously this edition wasn’t available to pre-order at Australia stores and popular online store Amazon wouldn’t ship directly to Australia. That is no longer the case as EB Games now have the Goliath Edition up on their website for pre-order. For those interested I hope you’ve been saving your pocket money because the Goliath Edition doesn’t come cheap. It’s currently listed at $299.95, which is huge bickies. The Goliath Edition is an EB exclusive and is strictly one per customer. Only PS4 and Xbox One editions are available at this stage.

Homefront: The Revolution launches in Australia on May 20th.