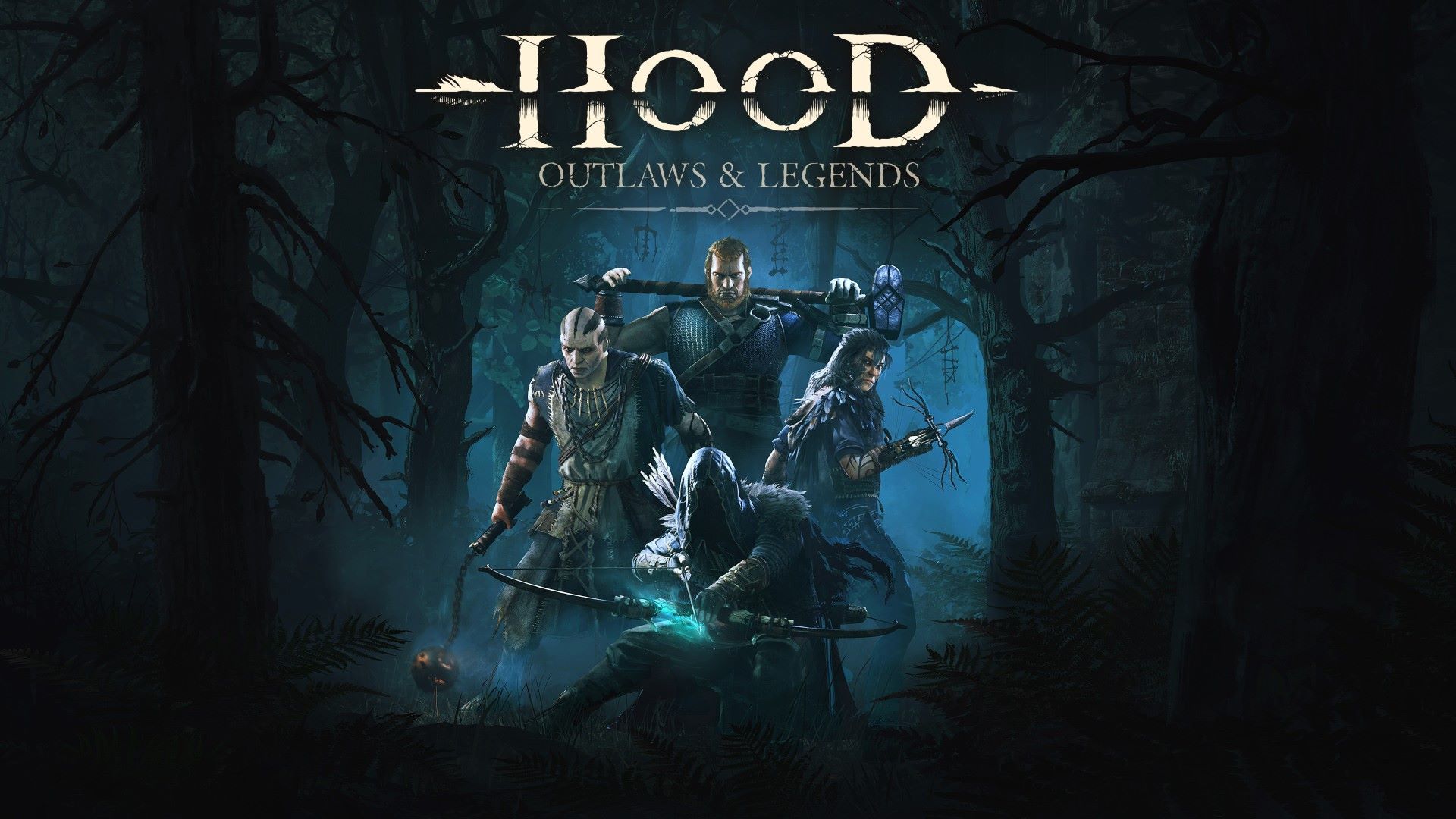 As someone who primarily plays single-player story-driven games, the word multiplayer can often make or break my interest in a title. When it comes to multiplayer, PvE is something I can get around – games like Payday and Destiny have yielded some of my favourite gaming memories. But when it’s PvP my interest wanes quickly, usually as a result of being borderline terrible at whatever the game is. Sometimes though, a developer will fuse the two together, creating a title that looks fun and challenging, such as Crytek’s Hunt: Showdown. Sumo Digital’s Hood: Outlaws & Legends is the latest title in the PvPvE genre, pitting two teams of four against one another and the AI in a battle for riches in a medieval setting that features one of the world’s original philanthropists in the form of Robin Hood. On paper it sounds like a good time, but does it live up to the potential?

There are four characters to choose from, each with their own skillset, perks and special attacks. Old mate Hood is known as The Ranger, a skilled archer whose ability to pick enemies off from distance is a mighty boon. Marianne is known as The Hunter, a quick and agile fighter who is most effective at close range thanks to her crossbow and dagger combo. Then there is John, who is The Brawler, a big tank whose slowness is countered by his powerful hammer attacks. Lastly we have Tooke, known as The Mystic, who can help assist his teammates by healing them and allowing them to see enemies behind walls, as well as holding his own in combat.

Protect the chest at all costs

One neat thing about Hood is that there is no requirement for a team to have one of every character. If all four of you want to play as Hood then there’s nothing stopping you, although it doesn’t come recommended as having a good balance of characters gives you a better chance of victory, as each character has a role to play.

The way a match works is fairly simple. Players must infiltrate a stronghold and steal the vault key from the Sheriff, an enemy who will insta-kill you should he catch you. From there you’ll need to locate the vault, which is made easier by the key bearer having access to an approximate location (the location changes each heist to keep it fresh). You know the floor that the vault is on, but you’ll still need to find it. Once you have located the vault you’ll need to extract the chest, which given it’s full of gold is heavy, meaning that if your team has someone playing as John, you’ll be able to transport it faster.

You’ll need to carry the chest to one of the map’s three extraction points and from there you’ll need to winch it to victory, which again is quicker with stronger characters. It sounds easy enough but don’t forget that not only do you have another team of players after you and the chest, there’s also enemy AI and the Sheriff trying to stop you from extracting.

Hood’s gameplay encourages both stealth and combat, with the stealth sections in particular very well done thanks to some brutal takedown animations. There’s something exciting about sneaking into a heavily guarded area, taking out the cannon fodder, swiping the key and locating the vault all the while the opposition and AI is none the wiser. Where it falls apart though, is when opposing teams give little regard for keeping things quiet and are more than happy to alert every guard in the vicinity, turning things into a war of attrition. In these moments the gameplay feels at odds with itself. I mean, what’s the point of one team stealthing if the other team is going to make it redundant? It’s in these times I wish Hood had gone down the PvE route. That isn’t to say that it’s bad, but the gameplay is at its best and most enjoyable when you’re able to utilise a mix of stealth and action.

I shot the Sheriff

Hood’s combat isn’t without its flaws either. Firstly, the combat itself can often feel pretty clunky, with attacks often missing their opponent. Then there’s the enemy AI, which is borderline laughable at times, but where it becomes frustrating is when enemies lock on to a player, forgetting everyone else around them. This is most prevalent with the Sheriff, who will follow you until you’re far enough away from him that he gives up. It means that you can’t use the Sheriff as a weapon by luring him close to another player because he simply couldn’t care less.

Across the map are three different respawn points that either team can control. The more points your team controls the harder you make it for the opposition, especially during the extraction phase. Extracting the chest has multiple stages and every time you hit one of the stages you’ll receive a cash reward. Die during extraction and the meter will reset to the most recent level. It means that one team could do all the work and get within a whisker of extraction only to be killed and have the other team swoop in and claim victory. As someone who has been on both ends of this, the taste of victory is sweet, whereas defeat is a real kick in the guts.

The duration of a match largely depends on the quality of your opposition and teammates. It’s easy to have your pants pulled down if you’re up against a well-drilled and high-level outfit if you’re simply going for individual glory. I’ve been cleaned up and back home for dinner in under 10 minutes, while I’ve had matches that have also been a constant tug-o-war for nearly half ‘n hour until one team gets the lucky break it needs to claim victory. Communication isn’t essential as the game does feature a ping system, however the ability to talk to your teammates is a massive benefit.

At the end of the match players will have the option of dividing their winnings how they please in what is called the Scales of Justice. To one side you have the Purse (your wallet) and to the other side you have the People (the people). Tipping the scale to either side has its benefits; if you give more money to the people the shops in your hideout will offer better gear, whereas if you pocket a greater share, you’ll have more money to spend. The Hideout is where you’ll spend your time when you’re not in matchmaking. Here you can upgrade and customise your character by purchasing items and weapons, while perk upgrades will depend on each character’s level.

Welcome to your Hideout

There are five maps included in the game and each one is well designed, with enough variety to make them feel unique, yet part of the same universe. Aesthetically they are impressive, with my two favourites being the Marshlands and The Citadel, and visuals across the board are pretty impressive for a AA game.

Running at 4K and 60fps with ray tracing on the PS5, Hood looks and runs as smooth as a bunch of merry men in tights. Load times are also thankfully short and matchmaking is usually quick with players able to utilise crossplay to widen the player base. Hood also makes use of the DualSense’s adaptive triggers, such as feeling tension when drawing Hood’s bow. It’s nothing revolutionary but it adds a little something to the experience.

The question with a game of this ilk is whether it has the legs to last long enough to make an impact. For the most part Hood’s gameplay loop is fun, but unless you’ve got a committed crew to play with, that loop loses its appeal after a handful of hours. Thankfully it’ll only set you back $45, and Sumo Digital is committed to delivering new content (which will be free for all owners) because despite its shortcomings, I’m still keen to sink more time into this world. 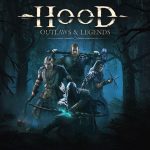 Hood: Outlaws & Legends Review
Not Quite All Good In The Hood
Hood: Outlaws & Legends has a strong premise on paper and at times is fun and exciting, but its gameplay shortcomings mean that it never reaches its full potential.
The Good
Intriguing spin on the Robin Hood lore
Matches can be exciting and full of tension
Maps are well designed and look great
The Bad
Gameplay is sometimes at odds with itself
Combat often feels clunky
Enemy AI can be frustrating
6
Has A Crack

Hood: Outlaws & Legends Review
Not Quite All Good In The Hood
Hood: Outlaws & Legends has a strong premise on paper and at times is fun and exciting, but its gameplay shortcomings mean that it never reaches its full potential.
The Good
Intriguing spin on the Robin Hood lore
Matches can be exciting and full of tension
Maps are well designed and look great
The Bad
Gameplay is sometimes at odds with itself
Combat often feels clunky
Enemy AI can be frustrating
6
Has A Crack
In this article:Focus Home Interactive, hood: outlaws and legends, pvpve, robin hood, sumo digital