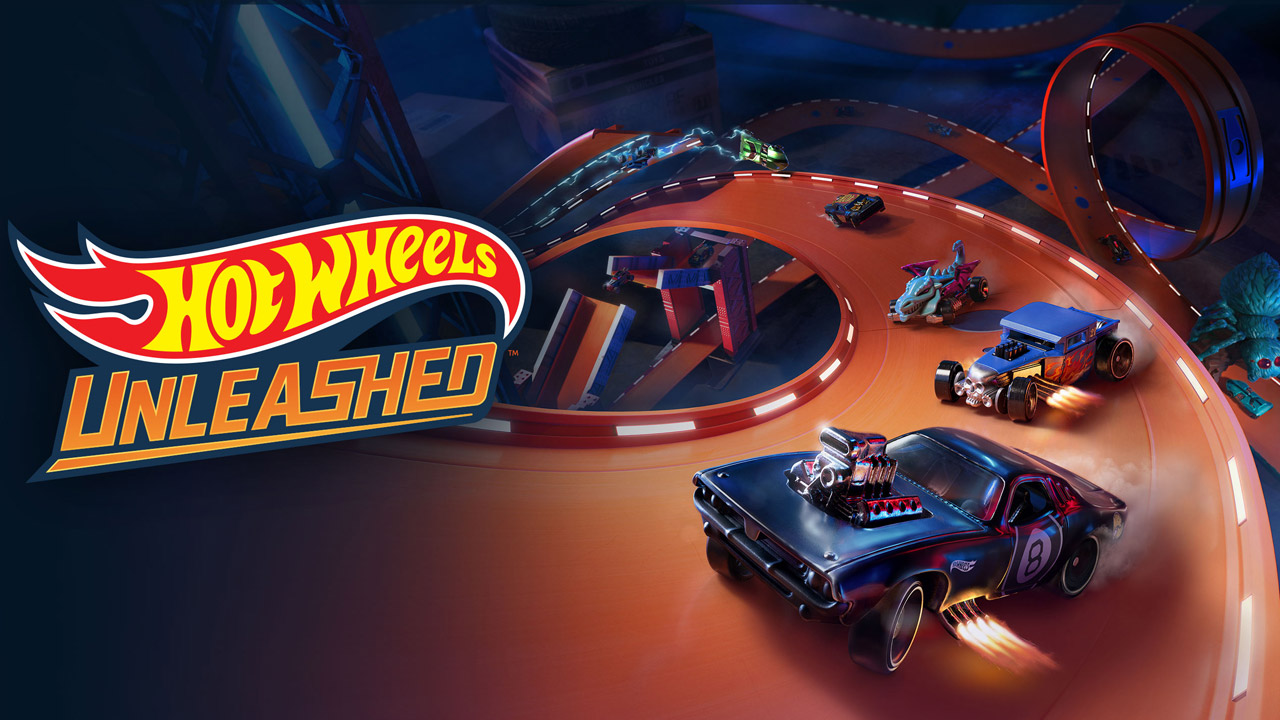 Growing up before the Internet could consume my tiny developing mind mean that I had to have fun ‘the old-fashioned way’, which usually resulted in figurines and toy cars lying about the house. Some kids were lucky enough to have sets of Hot Wheels (shoutouts to Santa) and were forever trying to recreate the action from the ads. As technology advanced and toy sales declined, video games offered brands a platform to expand their offering. Hot Wheels is no stranger to video games and Hot Wheels Unleashed is the latest title to feature Mattel’s famous brand. But does the game’s developer Milestone tap into what made playing with Hot Wheels as a kid such a blast? The answer isn’t a resounding yes, but Hot Wheels Unleashed is a good time if you’re looking for an arcade racer to pick up and burn some rubber and plastic.

The air up there

Of course one of the coolest things about owning any Hot Wheels model was the design itself, and  Milestone has included 66 different Hot Wheels cars at launch for players to get around, each with its own traits (acceleration, handling, boost amount, braking, you know the deal). Some of the cars include the glorious Dragon Blaster, Bad to the Blade, Tricera-Truck, as well as crossovers with some of the biggest brands and IPs, including Audi, Teenage Mutant Ninja Turtles and Batman, and Milestone has committed to bringing more cars to the game in future DLC drops. As I mentioned in my preview, the car models are incredibly detailed, to the point where you can actually tell the different materials apart, making them look like their real-life counterparts. They may be toy cars, but they are some of the best vehicle models going around and wouldn’t look out of place in Forza or Gran Turismo.

You’ll start with a handful of cars, with the rest either unlocked via progression, as well as won or bought. The most common method of unlocking new vehicles is via Blind Boxes – a loot box-style system that gives you new cars at random. Blind Boxes are earned by completing events in Hot Wheels City Rumble (more on that later) or bought directly from the Shop. Bizarrely, if you want to open a Blind Box, you’ll need to do so from the Shop menu, meaning that if you’re in another mode, such as Hot Wheels City Rumble, where you’ll unlock the majority of the Blind Boxes, you’ll need to leave that mode, head to the Shop, open the box and return. It’s extremely tedious and it put me off opening them until I had a few in the bank – I struggle to believe that Milestone couldn’t think of a more intuitive way of handling Blind Boxes.

If you do happen to obtain a car you already own, you can sell it for Coins (the game’s currency) or break it down for Gear (a resource that allows you to upgrade cars). Thankfully the difference between the price of Blind Boxes (500 coins) and the sale of your vehicle usually covers the cost of the Blind Box, so you can simply sell and try again. If you want to buy a new car directly, the Shop will offer you five different vehicles at a time, and if none take your fancy you can wait for the stock to refresh, which happens every few hours.

When it comes to Hot Wheels Unleashed’s core gameplay, getting behind the wheel of these iconic racers is an extremely fun yet sometimes frustrating experience. The general mechanics are well executed and once you’ve found a car that suits your style, you’ll be fanging around tracks at high speeds. But while clocking up speeds that would impress Daniel Ricciardo is part of the gig, you’ll also need to master the art of drifting, and when it comes off it feels good.

Races aren’t a walk in the park either, with the game throwing up a decent challenge. Players will need to make sure they maximise their boost, as using it at the wrong can be costly, causing you to get pipped at the post or go spiralling out of control. Unfortunately, when things don’t go to plan, mistakes are often punished harder than they should be and it’s usually easier to restart the race than to make up lost ground. It’s not a total deal breaker, but it is frustrating to get yourself into a winning position to only give it up as a result of one misjudged turn or jump.

Featuring the iconic orange and blue track pieces, the tracks themselves have a relatively good amount of variety, with plenty of loops and jumps, boost points and boost recharge strips. Some tracks also have obstacles such as spiders that shoot webs that will hold you in position for a few seconds or acid points that eat away at your boost. The tracks are set in one of six backdrops (Garage, College Campus, Skyscraper, Skatepark, Basement and Track Room), with more to be added post-launch. The limited number of backdrops coupled with the large quantity of tracks means that it doesn’t take long for the backdrops to feel a little repetitive. I know Milestone is planning on releasing more later, but I would have loved there to be a few more on release.

There are several modes available for players to take their toy cars for a spin. Quick Race is the game’s standard fare, requiring players to take part in either lap or circuit events, while Time Attack requires racers to complete a lap within a certain timeframe. Hot Wheels City Rumble is where you’ll spend the bulk of your time though, as it’s essentially the game’s campaign mode. Here you’ll compete in Quick Race and Time Attack events, as well as Boss Races, and completing these events will unlock more events and earn you Coins and Gear. You’ll also unlock track pieces to use in the Track Builder and items to use in the Basement. Scattered across the map are Rewards, which are usually Blind Boxes, as well as Secrets, which are objective-locked tracks that usually require players to complete a certain track with a particular vehicle.

One of the other main modes is the Track Builder, which allows players to build their own tracks from a catalogue of track pieces and share them with the community online. I’m a big fan of this kind of mode, losing hours of my life building crazy and borderline impossible to finish tracks in Trackmania Turbo, so I was keen to do the same here. However, while you can build basic tracks from the get-go, some parts are locked behind progression in Hot Wheels City Rumble, meaning you’ll have to complete that before having access to every track piece, something which I am not a fan of. The track builder should be a separate and complete mode from the start, and because it’s not I didn’t feel compelled to let my imagination and tracks run wild. There’s also a Livery editor, which lets you customise existing cars’ colour scheme, material type and more, and you can edit the layout of your Basement if you feel the need to. Again, there are parts that need to be unlocked here, which just feels unnecessary.

Running on the PS5, Hot Wheels Unleashed’s performance is close to flawless, with no technical issues of any kind popping during my time with the game, and Milestone does utilise the DualSense controller, with the game featuring basic haptic and adaptive trigger functions.

If there’s one aspect that Milestone has not put enough resources into it’s the soundtrack. Arcade racers are known for having some of the best soundtracks in gaming history, which is why it’s such a shame that Hot Wheels Unleashed fails to deliver here, with the same four or five tracks played on repeat. You may as well get a Spotify playlist ready in advance because what’s on offer here is painfully thin.

As an arcade racer, Hot Wheels Unleashed mostly nails the brief on what makes a good Hot Wheels game. It’s a shame that Milestone doesn’t quite get some of the off-track basics right though, because there is potential for a cracking game here. But if you can look past the shortcomings, which are more annoyances than flaws, there’s tons of fun to be had. Plus, who hasn’t dreamed of driving a dinosaur car at least once? 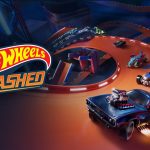