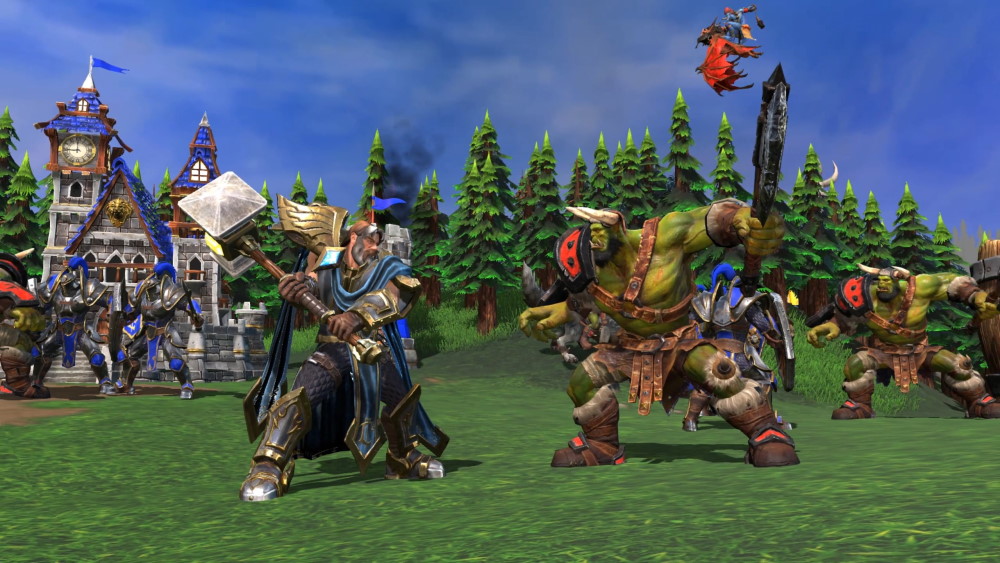 Check your email! You too could be one of the lucky sods invited to try out Warcraft III: Reforged.

Well, the multiplayer portion of it anyway. Right now, Beta participants can select either of the orc or human races and lock swords/axes in 1v1 and 2v2 matchmaking.

The undead and night elf races (as well as more game modes) will be added in the coming weeks.

While the beta is mostly to kick the tyres of the online aspect of the title, there is a strong case to be made for testing to eventually take part on the narrative portion – being that Warcraft III: Reforged is more than just a remaster, it’s essentially a complete rebuild. Cutscenes have been dramatically improved, all assets have been remade…it’s a real feat.

There have also been rumors that the game will have some plot points shifted to better tie into the evolved World of Warcraft lore that has slowly grown over the last 15 years, with a couple of characters appearing in datamined assets that were absent from the original release.

I can also enjoy the original story that introduced me to the namesake of my daughter:

As cool as Warcraft III multiplayer is/was, the real feature I am keen for is the custom maps that people made – minigames and all.

Hopefully they will be in the beta sooner rather than later. In the meantime, CHECK YOUR SPAM BOX!