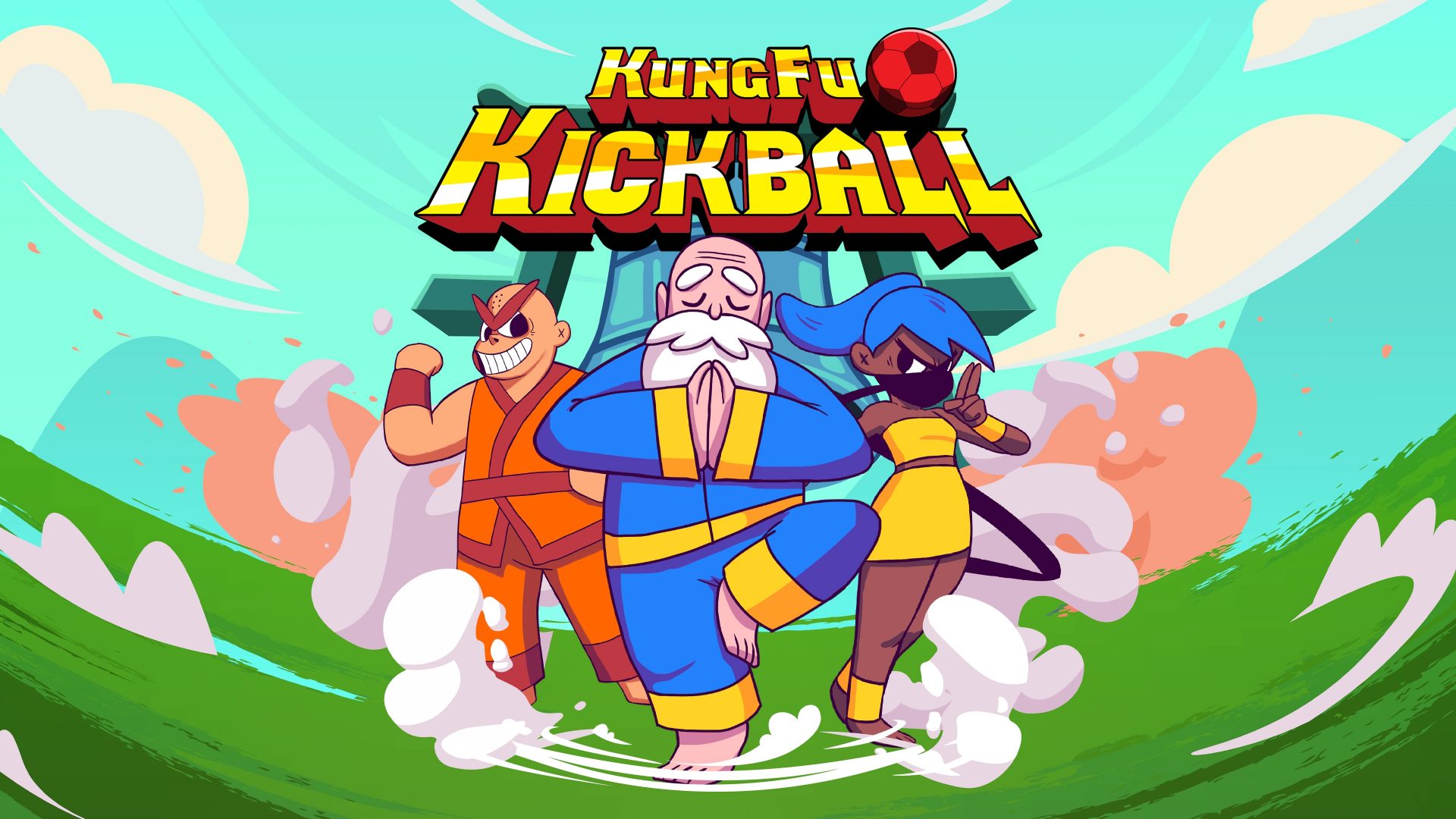 Some things are just better off when they’re together. Chocolate and peanut butter, eggs and bacon, myself and a Dyson, there are just some combos that pair famously well. Though not completely unseen, this doesn’t often ring true for the sporting world, with the obvious exception being chess boxing (yes that’s a real sport and yes you should look it up). Luckily, as Rocket League has shown, video games have had great success blending together different sports for our entertainment. This brings us to the martial arts/soccer hybrid KungFu Kickball, an arcade party game by developers WhaleFood Games. These kick-heavy disciplines may share some similarities, but does the fusion warrant a black belt, or is it being sent off with a red card?

Played on a 2D field, the premise of KungFu Kickball is a simple one. Either in a one-on-one or two-on-two match, players must kick and punch the ball to the opposing side of the field in order to hit the opponent’s bell and score a point. At the end of the set time, the team with the most points is the winner. While it is that simple in practice, the kung fu half of the title spices things up. See, whether it be defensive or an attempt to stun your rival to sneak the ball past them, you’ll be kicking and punching your opponent just as much, if not more, than the ball.

The controls are super simple and can be picked up and learned in a matter of minutes. The basics involve moving around with the left stick and using the face buttons to jump, dash and attack/kick, with a more powerful kick being dealt out with a hold of the attack button. You can also perform a special move by double-tapping the attack button if you’re feeling particularly fancy.

Depending on how you’re moving the left stick you’ll be able to perform a small number of different manoeuvres, such as a straight pass, a lob and a launch that will send the ball directly into the air. Your dash not only lets you cover ground quickly but when used your sprite teleports ahead through whatever is in front of you, whether that be a player or the ball itself, allowing you to swing the momentum back in your favour, even at the last possible moment.

As simple as the controls are and as inviting as the initial difficulty is, this game can get cutthroat and competitive. The skill ceiling is surprisingly high, mainly thanks to the small size of the ball and the precision it takes to kick it while in the air. Perfecting your timing and pulling off an aerial goal is no mean feat that feels great when you finally nail it…I assume.

While playing against friends is undoubtedly the way you should play, there is an arcade mode that sees you play a match against increasingly difficult AI in each of the six arenas. This will likely be where many players start off, and the first match does a good job of easing you into the swing of things, but from then on, you’ll be expected to hit the dojo and learn your craft or suffer defeat after defeat. The gameplay is easy to learn and hard to master, which is rewarding, but the learning curve is less than kind when playing the arcade mode.

This is what the pyramids were built for, right?

This creates a bit of an issue on the couch with friends after a short while as well, as one friend is likely to get the hang of the floating jumping and timing needed, which will quickly cause everyone else to lose interest after they get handed an L for the fifth time in a row. I’m not saying that you shouldn’t be rewarded for getting better at the game, but a pick-up-and-play game often needs a bit of balance for the fun to be maintained.

Aside from the arcade mode and the classic versus matches, there’s not much else in the way of variety on offer. Training and target practice are there if you want to hone your kicks or finally best that one friend that’s been destroying you, but outside of that there’s little in the way of variety. Match modifiers that let you change things like kick and jump strength can provide some fleeting entertainment, but there’s a real lack of content here once you’ve played through all of the maps with all of the characters. This wouldn’t be too much of an issue if the price point was in the right region, but at just under AU$30, the game does feel a bit content light.

The visuals and overall style of Kickball are fun and colourful, matching the ridiculousness of the concept. Featuring a pretty pixel art style, all of the six arenas look unique and each of them stands out. From a fighting arena plucked straight out of Dragon Ball Z, to sandy dunes adorned with pyramids, the maps are varied and interesting, even if there could be a few more to play on. There are also six playable characters that each have their own look and special move. These moves don’t drastically alter gameplay, so you’re free to choose whichever character you think looks coolest (the Bruce Lee lookalike is my favourite).

An island chock full of variety

I have a bit of an unhealthy obsession with party games that you can whip out when friends are around, so there’s no surprise that KungFu Kickball grabbed my attention. The easy to learn but hard to master gameplay is fun for such occasions, just make sure you don’t invite that one friend that manages to master it within two rounds. The general lack of content when taking the price into consideration is a bit disappointing, but that doesn’t take away the fact that the game is great fun and visually charming. 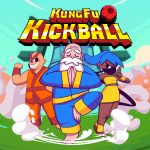 KungFu Kickball Review
A Party Punch Up
Blending together soccer and martial arts in a fun party game, KungFu Kickball is a decent game to break out when you're mates are over, though the lack of content and high price might cause you to look elsewhere.
The Good
Easy to learn gameplay
Pixel art visuals are charming
Arenas are varied
Matches are chaotic and fun
The Bad
A severe lack of content
AU$30 is a bit rough
Difficulty spikes when playing solo
6
Has A Crack

KungFu Kickball Review
A Party Punch Up
Blending together soccer and martial arts in a fun party game, KungFu Kickball is a decent game to break out when you're mates are over, though the lack of content and high price might cause you to look elsewhere.
The Good
Easy to learn gameplay
Pixel art visuals are charming
Arenas are varied
Matches are chaotic and fun
The Bad
A severe lack of content
AU$30 is a bit rough
Difficulty spikes when playing solo
6
Has A Crack
In this article:Couch Multiplayer, kungfu kickball, party game, pc, ps4, PS5, sports, switch, Xbox One, Xbox Series X&S