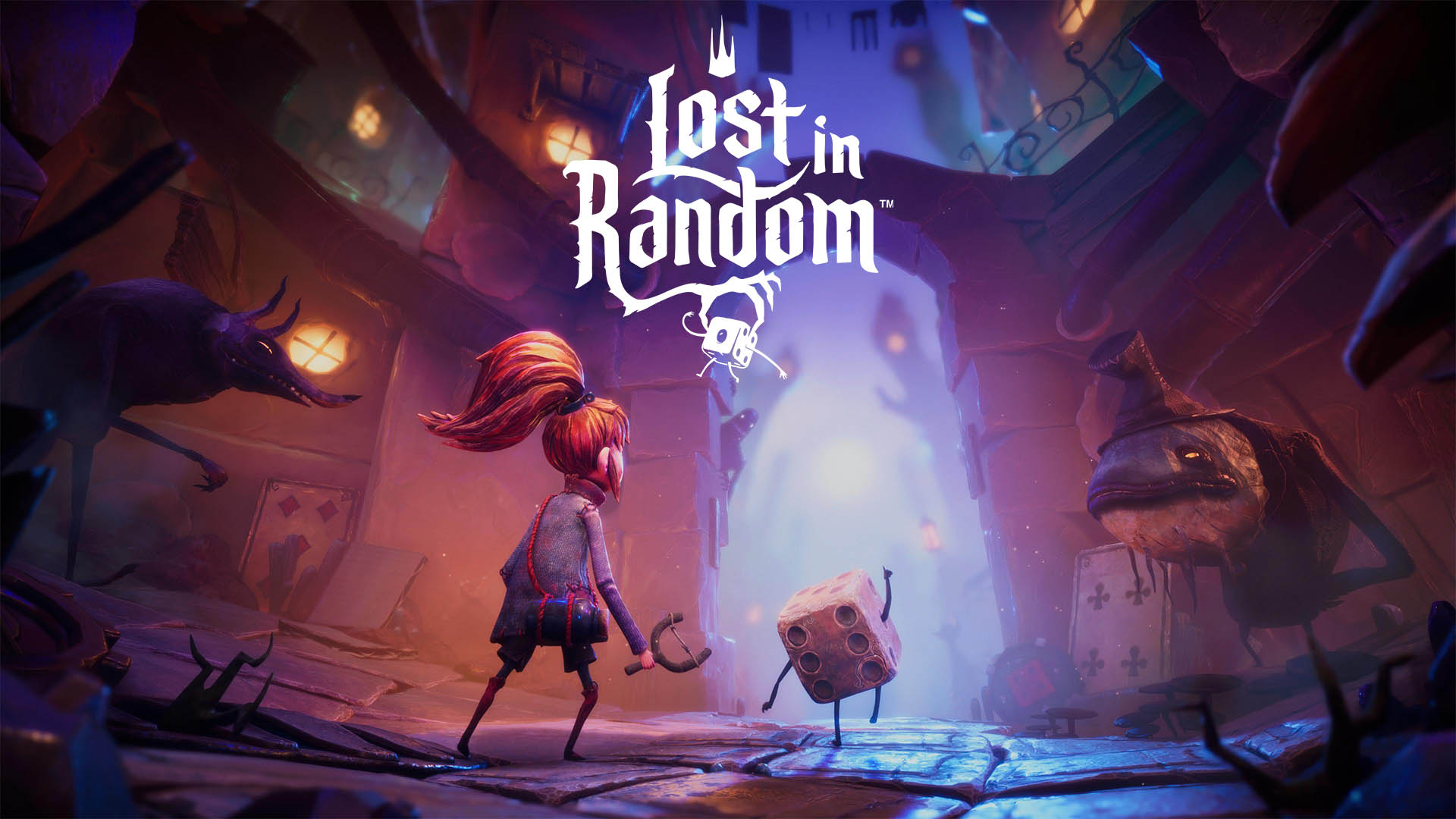 Randomness and games have always gone hand-in-hand. And not the “Oh my God, so random!” kind (although Katamari Damacy understands that assignment well). Rather it’s those invisible dice rolls that govern the outcomes of so many of our interactions in gaming, be it video games, tabletop RPGs or a seedy back alley round of craps. With Lost in Random, the endlessly creative team at Zoink asks the question: What if an entire world existed based on the roll of a single die?

Ruled by a tyrannical queen in possession of the all-powerful Dark Dice, the people of Random live their lives as assigned by one of its six sides. When the queen and her evil advisor, Nanny Fortuna, visit on every child’s 12th birthday a roll of the one true dice determines in which of Random’s districts they’ll spend their futures. Born as ‘Oners’, sisters Even and Odd exist squarely at the bottom rung of society, so when Odd hits the all-important age and rolls herself a one-way ticket to the high life in Sixtopia it seems as though she’s finally made it out of poverty. Fast forward to a year later though, and Even is plagued by visions that tell her something is not quite what it seems with the Queen and her sister’s fate as a Sixer.

What follows is a journey through the dark and often twisted world of Random where Even finds herself in the company of Dicey, a sentient dice that technically shouldn’t exist but might just be the key to ending the Queen’s authoritarian reign. The game’s linear path takes Even across each of Random’s districts in order, slowly restoring Dicey’s six sides so that he’s able to unlock each door to the next. In each district there’s scope to explore and find secrets as well as engage with its citizens who often have side quests to offer.

Random’s six towns are entertaining thanks to Zoink’s excellent writing and world building. Whether it’s Two-Town, where the split personalities of the residents have manifested in their desire to build an entire second copy of the town in the sky, or the bustling casino district of Fourburg, there’s something new and utterly unique around each corner. Even if an NPC doesn’t have a challenge or reward to offer, they’re usually all worth talking to simply for how ridiculous and darkly funny their dialogue is.

It’s also a treat for the eyes, with a slightly tilt-shifted, pseudo-stop motion treatment that echoes Tim Burton and Laika films or artists like Shaun Tan. One look at screenshots should paint a pretty good picture of what you’re in for, but in motion the effect is even more pronounced. There is a disappointing level of fog and aliasing even on the PS5 that tarnishes the look somewhat, and at a point the grim colour palette starts to get a bit samey, but Zoink’s creative team are masters of aesthetic and that’s no different here.

Lost in Random’s most unique draw is its combat, which works on a system of interlocking mechanics that draw from action games, tabletop RPGs and deck-building card games. On her own, Even’s combat prowess is limited to a rudimentary slingshot and a dodge move – neither of which do any damage by default. That’s where both Dicey and his constantly-growing collection of magical cards comes in.

Slinging stones at enemies or dodging through their attacks at the right moment causes them to drop crystals, and with enough crystals a new card is drawn from Dicey’s deck into Even’s hand, up to a maximum of five. As soon as Even has cards to play she’s able to roll Dicey, and the number he lands on determines how many points Even can spend on the cards in her hand. The cards played then grant Even any number of boons such as actual weapons to fight with, traps, healing buffs and so on.

It sounds convoluted on paper, but in practice the whole thing has a really satisfying rhythm to it and feels incredibly contextual to the action on-screen. Unlike other games your dice tools and card plays aren’t invisible and abstracted from the actual game world, they’re a tangible part of it thanks to Dicey. Emerging strategies begin to unfold as more cards are obtained from side quests or Random’s omnipotent, sentient trading card shop Mannie Dex, adding a good sense of progression alongside Dicey’s increasing roll potential.

Many of the game’s combat encounters also come in the form of pseudo-board games, where an extra layer of challenge is introduced through additional mechanics. This usually involves moving a piece around a board with each dice roll you make during the fight, or some variation of that. These are fun enough and help stop the combat from feeling stale, but a couple variations are more annoying than they need to be and combat as a whole suffers from being a tad unwieldy. Despite the odd annoyance of a card ability going to waste due to misfires or weird collisions, Zoink has done an excellent job with the variety of cards and strategies on offer for a relatively brisk adventure.

It’s hard to be disappointed by anything Zoink does, and even though Lost in Random isn’t their strongest effort in every single area it’s absolutely worth playing as their biggest and most ambitious title yet. A weird, grim world with stellar writing and an addictive combat hook means that there’s a lot to offer fans of a variety of genres. As much as I love to see the studio do something new each time I also would not be opposed to more adventures of this kind. 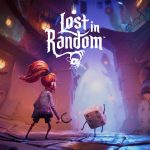 Lost In Random Review
Keep rollin’, rollin’, rollin’
Gothic fairytale stylings and unique mish-mash of systems come together into yet another great example of Zoink's boundless creativity and game design chops. Fans of Burton-esque worlds and tabletop tropes would do well to get Lost in Random.
The Good
Interesting world full of unique ideas
Combat is an addictive genre mash-up
Entertaining, often hilarious writing
Stop motion dark fable aesthetic is brilliant
The Bad
Some distracting technical hang-ups
Combat can sometimes feel unwieldy
8.5
Get Around It