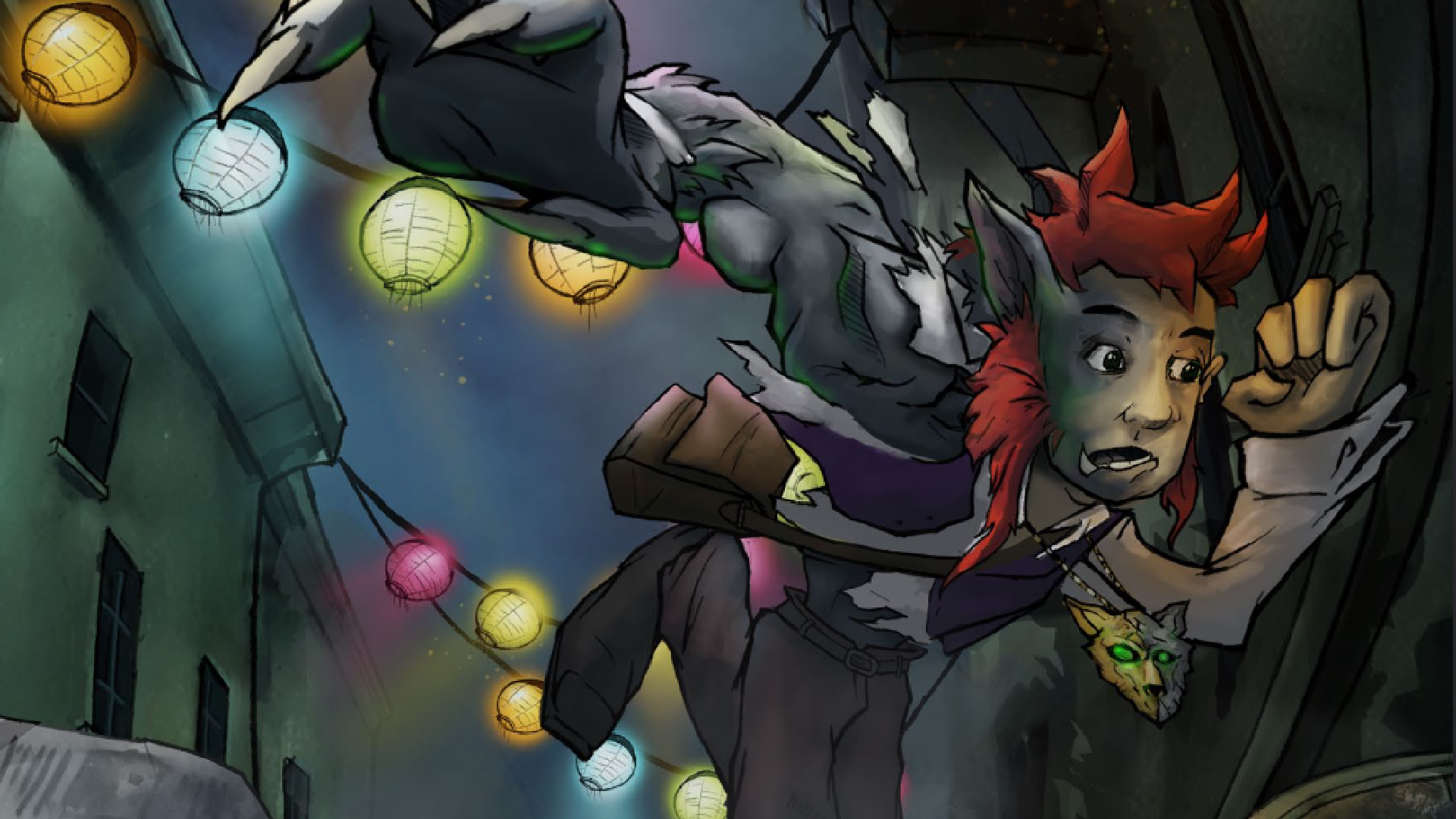 Look, we’ve all been there. You need money for petrol, clothes, food, clothes, clothing, clothes but you’re too hopped up on ‘fixing yourself’ to look for a way to earn it. The most logical and simple solution to this predicament is to rob a museum for some (presumably) valuable artifacts. But, what else, you get cursed to be a werewolf – easily the third sexiest monster – and the power goes out so you have to push batteries around to get your groove back.

We’ve all been there.

MacGuffin’s Curse is a 2012 title from Victorian studio Brawsome that’s made its way to the Switch (and Linux). The influence of the late 2000s are strong in the game’s soul; the slew of puzzle games following the success of games like Portal in 2007 and Braid in 2008 weren’t easily ignored on account of being everywhere. This also coincided with the first mobile game boom of that decade’s turn, as smartphones made mobile gaming into a wild west of shorter and more arcadey experiences.

Yes, MacGuffin’s Curse is a product of its time, but it’s a reasonably well-done one. The game is a room-by-room puzzler, in which our titular newly minted third-sexiest monster Lucas must solve each room’s puzzle the only way he knows how: pushing stuff. What does he push? Lucas pushes crates, buttons, switches, and even batteries. It’s a video game equivalent of a sliding puzzle, a formula that’s been replicated umpteen times before and since. After all, they’re relatively simple to design and especially easy to make very difficult.

This isn’t your nanna’s slide puzzle

A bit of trial and error every now and again gives you character, you know

So, it stands to reason that you’ve probably played at least one of these before. Unfortunately, MacGuffin’s Curse’s base mechanic doesn’t quite stand out ten years later. These games have come and gone (with some notable exceptions), and there aren’t enough added features to recommend this Switch port in particular.

But where MacGuffin’s Curse stands out, even today, is in its gameplay variety and writing. Lucas doesn’t just push things as a human…he also pushes things as a big, strong, manly werewolf. Lucas’ werewolf form can also scare NPCs, break some barriers and dig through dirt, among other presumably third-sexiest things to do. However, this form can’t swim or activate switches, which is definitely a turn-off. Switching between human and werewolf is just one way that MacGuffin’s Curse brings variety to its levels; its variety in obstructions allow for some seriously itchy-brain puzzles, even if you can skip them entirely.

Skipping is a feature that you’ll not find yourself using a lot, though, for a couple of reasons. Firstly, each puzzle will be solved eventually if Lucas just tries enough stuff. A bit of trial and error every now and again gives you character, you know. Secondly, MacGuffin’s Curse will guide you along. One of the game’s side characters (an ex-cop named Strump) will give you hints as to how to proceed if you ask for help. You can reset rooms entirely if you get stuck, which here means ‘you will definitely get stuck on occasion’.

Having these options isn’t a detriment on the game, by any means; making games more accessible is undoubtedly a way to my heart. After all, these options don’t remove the challenge and satisfaction from completing an intense puzzle in MacGuffin’s Curse nearly as much as brute forcing it will do. And they do get as intense in the later stages of the game. More obstacles and objects are added as the game progresses, making for some seriously complex puzzles. However, this runs the risk of becoming tedious even with the new toys in the box. This is true for any game like this, and MacGuffin’s Curse is no exception. You will go into autopilot sometimes, and you would stay there if not for the game’s best aspect.

What stops MacGuffin’s Curse from becoming an eventual grind is its flavouring. The writing in this game waves a big Lucasarts point-and-click flag, bringing some surprisingly snappy interactions to the table. A mini-game allows you to search rooms for treasures that can be used to bling your poverty-stricken family’s home. Lucas’ werewolf and human form both have different things to say about examinable in-game objects, and characters are enjoyable to interact with until they break out an inevitable flat joke. They can’t all be winners. It’s all very good at snapping you out of your waking puzzle game coma, which is a godsend for games like these.

MacGuffin’s Curse looks and acts its age, but its classic-style writing and enjoyable gameplay variety keep it from being confined to the history books. The trappings of the genre are hard to escape, and MacGuffin’s Curse is no exception, but its unique flavouring makes it worth the short time it takes to complete. 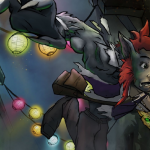 MacGuffin’s Curse Review
I'm Not Saying That Robbing Museums Always Curses You, But...
MacGuffin's Curse is a product of a simpler time, but manages to stand out with its charming writing despite a difficulty in escaping the trappings of its ancient genre.
The Good
Lucasarts-inspired writing
Gameplay variety
Werewolves are hot
The Bad
Can't escape issues with genre
Shows its age
6
Has A Crack

MacGuffin’s Curse Review
I'm Not Saying That Robbing Museums Always Curses You, But...
MacGuffin's Curse is a product of a simpler time, but manages to stand out with its charming writing despite a difficulty in escaping the trappings of its ancient genre.
The Good
Lucasarts-inspired writing
Gameplay variety
Werewolves are hot
The Bad
Can't escape issues with genre
Shows its age
6
Has A Crack
In this article:2022, arana judith, aussie dev, brawsome, macguffins curse, review, switch