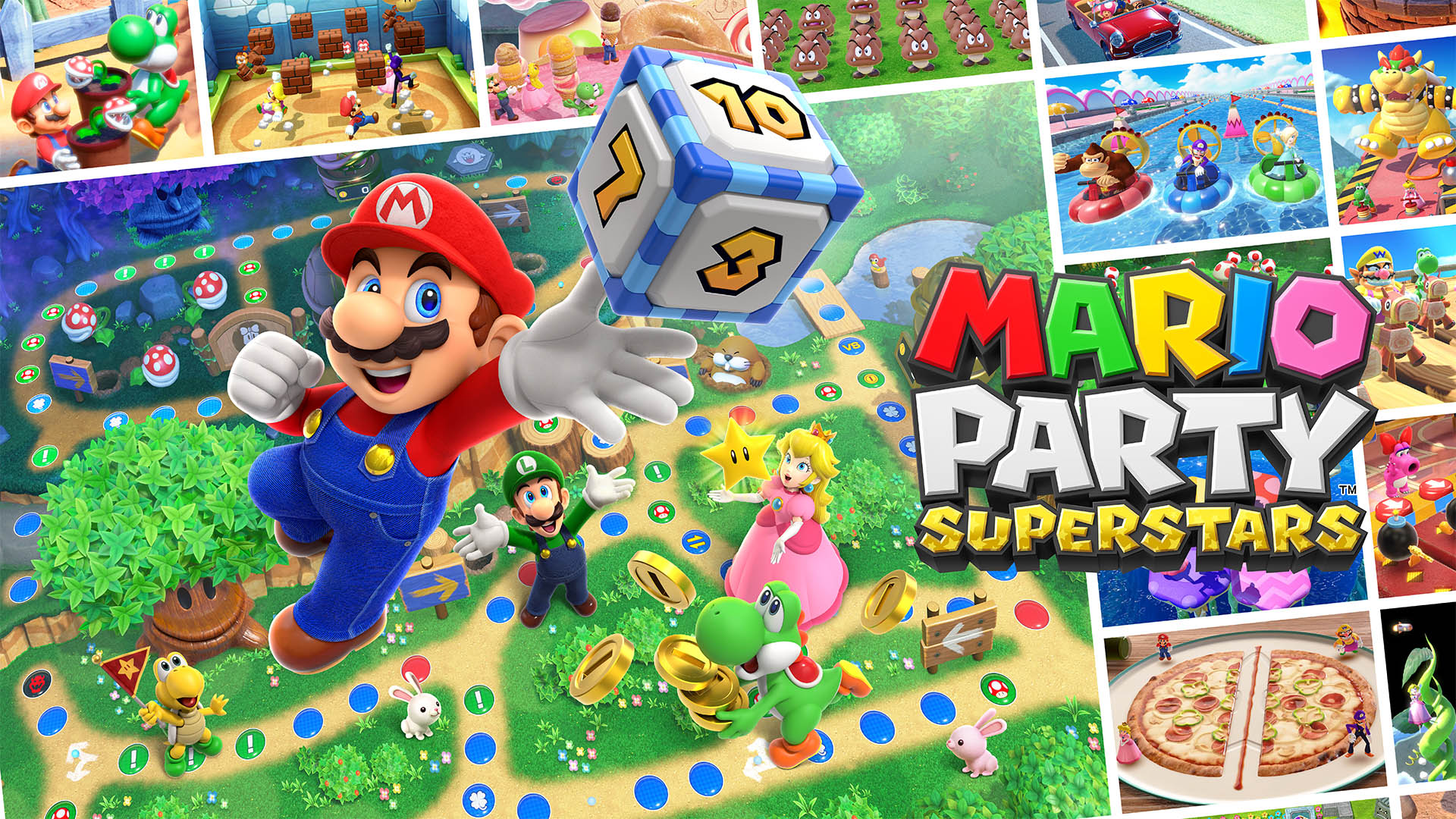 It’s easy to forget that Mario Party has been one of Nintendo’s most prevalent and frequent multiplayer offerings since the original launched on the Nintendo 64. There are more home console and handheld Mario Party games than Smash Bros and Mario Kart combined. But it’s also the one that, arguably, has seen the least evolution. Sure there have been boons to the complexity of boards and minigames as well as boosts to presentation as time has marched on, but the overall formula and package tends to repeat each time.

That’s no different with Mario Party Superstars, in fact the resemblance to Mario Parties past is even more uncanny given it’s an amalgamation of older boards and minigames remade for a new generation. After the relative misstep that was Super Mario Party though it’s also a smart move, cherry picking from 16 years’ worth of content and honing it into a slick, if safe, package.

With five classic boards from the first three titles, Superstars does a good job of updating them with modern sensibilities and features from subsequent games. They look gorgeous and are all a ton of fun to play with their own unique gameplay twists and flow, and it’s cute that each has a very brief intro that includes images from the originals so that you can see how far they’ve come. My favourite by far is Horror Land, which includes a day-night cycle that changes up the obstacles you’ll face on your path to the all-important Star.

Handily, the game offers up a recommendation for how many turns players should set for each board but an option to add turns on as the game is still going is also very welcome. Board games can also be suspended between turns, meaning that marathon 30-turn session won’t go to waste if the power goes out or your tired friends beg you to let them go home and sleep.

A separate mode to the standard games, Mt. Minigames also allows players to take part in a variety of flavours of competition that skip the boards and just play minigames. It’s a handy mode for quickfire party sessions and has a variety of different options for the flavour of minigames and how teams and rounds are structured.

Mario Party Superstars’ selection of 100 minigames spans favourites throughout most of the series’ home console history, meaning it’s a stronger overall lineup than ever simply by virtue of plucking out the best ones. There are still a select few stinkers but it’s a vast minority and most of my frustrations with those are the same as they would’ve been originally. If you hold any nostalgia for past Mario Party games you’re bound to run into some old favourites here, dressed up in gorgeous new fashion.

Five boards and 100 minigames feels pretty par for the course for the series, but I can’t help but wish that the bar was raised a little higher this time around – especially given the content here isn’t exactly original. It’s obviously not commanding the same audience but it’s hard not to look at Nintendo’s two other largely anthological multiplayer Switch titles – Smash and Mario Kart – and think that One Big Mario Party game would be better than two or three entries per generation. Still, the quality is here if not the quantity.

While there isn’t much here to keep solo players interested, which really is par for the course, I did enjoy the sense of progression offered by Mario Party Superstars’ achievements and player profile cards. The former is self-explanatory, offering goals for players to strive for like winning a certain number of stars during a game or making certain rolls. The latter gives players a persistent card to take with them that shows off their stats as well as picks of favourite Mario Party games (with Super Mario Party hilariously absent) as well as extra flair that can be bought with coins earned through general play.

A huge selling point for this particular Mario Party is going to be online play out-of-the-box, with the ability to play both Party and Mt. Minigames with friends over the internet or via wireless communication. While I didn’t get the chance to test this out properly – servers were only switched on just before the review embargo – I can already suggest that I’m probably going to stick to local multiplayer, because as it stands the setup for online play is needlessly difficult.

I’m going to assume there’s some logistical reason behind it, but the game has players lock themselves into an online or offline experience prior to the title screen, despite bringing them to the same Village Square either way. To change between them you’ve got to back out of the game entirely and come back in through a different path, instead of being able to choose between local or online play at the moment you pick a mode to jump into. It’s a small annoyance in the grand scheme of things but it’s also a confounding setup that I wish had been better designed.

Mario Party Superstars does exactly what it sets out to do – collect some classic boards and minigames and dress them up to look and play better than ever. It’s a quality selection that means it’s the most consistently enjoyable package the series has seen yet, but it’s also held back by being more of the same both literally and figuratively. If you’ve already got Super Mario Party on the Nintendo Switch it might be hard to justify buying another entry with a similar amount of content. It’s still a whole heap of fun with friends, but here’s hoping Nintendo rethinks the model going forward. 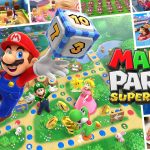 Mario Party Superstars Review
Party Like It's 1999-2015
Mario Party Superstars offers a great package of classic boards and minigames that looks and plays great, but it's also a little too safe and comes with some annoying structural decisions.
The Good
Updated boards and minigames are almost universally great
Visual presentation is top notch
Profile cards and achievements add a sense of progression
Lack of motion controls widens scope for play
The Bad
Online setup is needlessly convoluted
Some dud games
Package feels thin given it's all remade content
7.5
Good