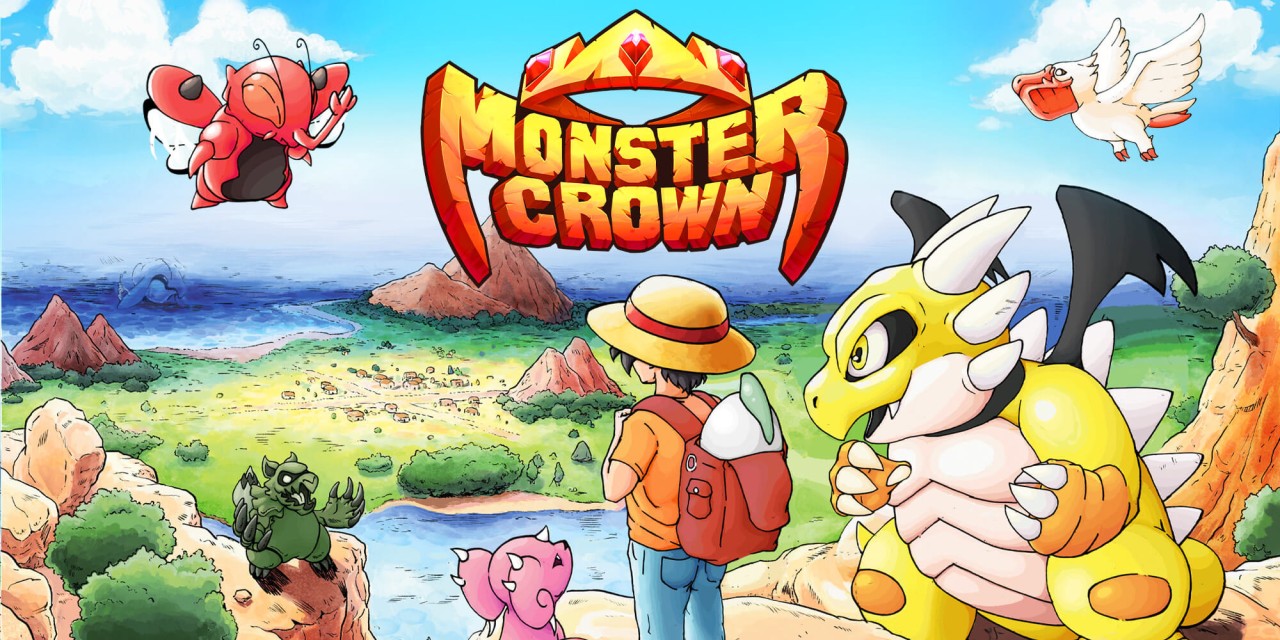 Monster taming RPGs can either be great and unique, or appear like poor man’s imitations of the colossal Pokémon franchise that dominates the scene. Monster taming games are some of my favourites as there’s lots of collecting as well as interesting stories and usually a menagerie of cute and cuddly creatures. I was intrigued by Monster Crown when I first discovered it due to its retro art style and darker themes in both its monster design and story. Developed by a single person, I had my fingers crossed that I’d be happy adding this one to my collection.

Monster Crown is set on Crown Island, a land with a horrific past of bloody wars and righteous heroes. It’s also girt by a sea full of crazy powerful monsters, such that no one ventures far out on the ocean due to the very real danger of becoming sea food. You will begin the game as a teenager working on the family farm who wants to leave home and become a monster tamer, so you fill out a magazine  survey in order to get sent your first monster who hopefully matches your personality. After proving to your parents that you can look after yourself you head out into the great big wide world. It doesn’t take long before your innocent desire to tame monsters embroils you in a sinister plot for control of the island and its inhabitants. You’ll encounter, befriend and/or tussle with multiple parties with vested interests in the island’s political scene, and in between all that you’ll also tame a monster or two (or 200).

Out of the five starting monsters I got a goopy Ambigu

One thing Monster Crown nails is its retro pixel art style. You can choose from a number of pixel hairdos for your character which is a nice addition, plus there are lots of visually diverse landscapes that vary from lively and bright to creepy and dark. The game oozes nostalgia, and when paired with its nice 16-bit sound track, I felt like I was back playing games while hiding under a doona with my GameBoy Colour and trusty wormy light once again. The pixel art for all the monster sprites in battle are also really well done and I always looked forward to finding a new one.

Gawking at the sweet pixel art aside, it wouldn’t be a monster taming RPG if there weren’t battles. While you’re adventuring you can interact with wild monsters that can be seen in the overworld, and they’ll will converge on you if they’re wandering around. The battle format is pretty standard, and you can perform attacks on the enemy monster or flee if you find yourself against a monster much stronger than yours. Additionally you can switch your monsters and if you switch multiple times in a row you can accumulate synchronicity and get a boost to your monster’s attack.

Beware of monsters with a skull icon in the overworld, they are mini bosses that you’ll need to revisit later

Unlike most monster sims you don’t ‘catch’ your monsters specifically once you weaken them. In Monster Crown you offer them a pact for them to read, and if they like you (or more specifically if your monster is a higher level and/or you’ve taken off enough of their health), they will join you. While I appreciate this method of trying to be different, it felt way too easy forming pacts with monsters most of the time. I rarely had one turn me down, particularly if I had weakened it first. It’s also a bit of a bummer that you get no experience for pacting monsters, which was a punch to my collectathon-obsessed gut. You can also get more effective pacts for taming high level or boss monsters, so you can net yourself some strong monsters and pact almost anything.

Still, there is a fantastic variety of weird and wonderful monsters to collect, and this is one of the game’s main strengths. With the base 200 monsters ballooning out to many more with the game’s fusion mechanic (available after completing part of the story), there’s plenty of monster-breeding shenanigans to engage in. Breeding and fusing your critters is encouraged and experimentation never punished as you try and create better versions of your current breeds or even generate entirely new ones via some inter-species hanky panky. One oddity is the hyper speed at which your eggs hatch while breeding though, with the entire ordeal from conception to birth often taking less than a few minutes. It makes you wonder why they bothered with the eggs at all given how fast those suckers hatch, and it does remove some of the excitement of waiting for one to hatch while you’re adventuring. I have to hand it to Studio Aurum though, the huge and varied array of possible monsters is super impressive considering they were all dreamed up and designed by one guy.

Whilst there are monsters in the overworld, there are also tamers you can find around with whom you can do battle, and you can net some nice coin if you win. You can also discover the backpacks of fallen tamers with important items inside, so be sure to pick up everything. You might even find a monster egg! Most tamers will have a couple of monsters in their team in the early game but you won’t see a full party of eight monsters until later. In each town you will be able to find a master tamer who’s always up to be challenged, and it all feels very similar to Pokémon’s gym battle.

While there’s lots to see and do, one of my gripes with the game is its pervasive sense of aimlessness in how you move through the story. I’m not one for hand holding, but knowing what you needed to do next or who you needed to talk to was not very obvious in many cases. Normally I would wander around, talking to everyone and checking every nook and cranny before a little cutscene would play out so that I could progress. Story progression seemed a little clunky because of it, and a little more signposting would have been handy.

Be sure to check every cave, nook and cranny, you may find some exciting things!

Another persistent issue at the moment is performance. When I first started reviewing Monster Crown, the game was as agonisingly stuttery, and you could get soft locked a million ways to one. I had to save like a fiend in order to not lose too much progress, but Version 1.0.2 and 1.0.3 did drop during my review and things got somewhat better. Hopefully after version 1.0.4 things will be on an even keel. It may be wise to wait just a little while before picking this title up, but set an alarm so you don’t sleep on it entirely.

Monster Crown has enough unique aspects to warrant you playing another monster taming game, even with the performance issues. Some aspects feel underutilised or have less depth to them then I would have liked, but there is still a lot to do. For a game developed by a sole individual, you can see the effort involved – it’s not easy establishing yourself in the monster taming space given the titans that occupy it, but this one has a red hot crack. 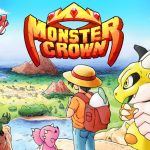 Monster Crown Review
Unstable Mon(ster)archy
Monster Crown is chock-a-block full of monsters and retro charm but you might want to wait for some of the bugs to be squashed first.
The Good
Huge variety of monsters
Lots of nostalgia feels with the retro pixel art style and 16-bit music
Create-your-own monster fusion is fun
Interesting characters and darker themes than many games in the genre
The Bad
Lots of bugs and soft locks at the moment
Some mechanics are not very fleshed out
7
Good

Monster Crown Review
Unstable Mon(ster)archy
Monster Crown is chock-a-block full of monsters and retro charm but you might want to wait for some of the bugs to be squashed first.
The Good
Huge variety of monsters
Lots of nostalgia feels with the retro pixel art style and 16-bit music
Create-your-own monster fusion is fun
Interesting characters and darker themes than many games in the genre
The Bad
Lots of bugs and soft locks at the moment
Some mechanics are not very fleshed out
7
Good
In this article:collectathon, indie, Monster Crown, Monster Tamer, Nintendo Switch, pc, Pokémon Dark Version, ps4, review, RPG, Single developer, Xbox One