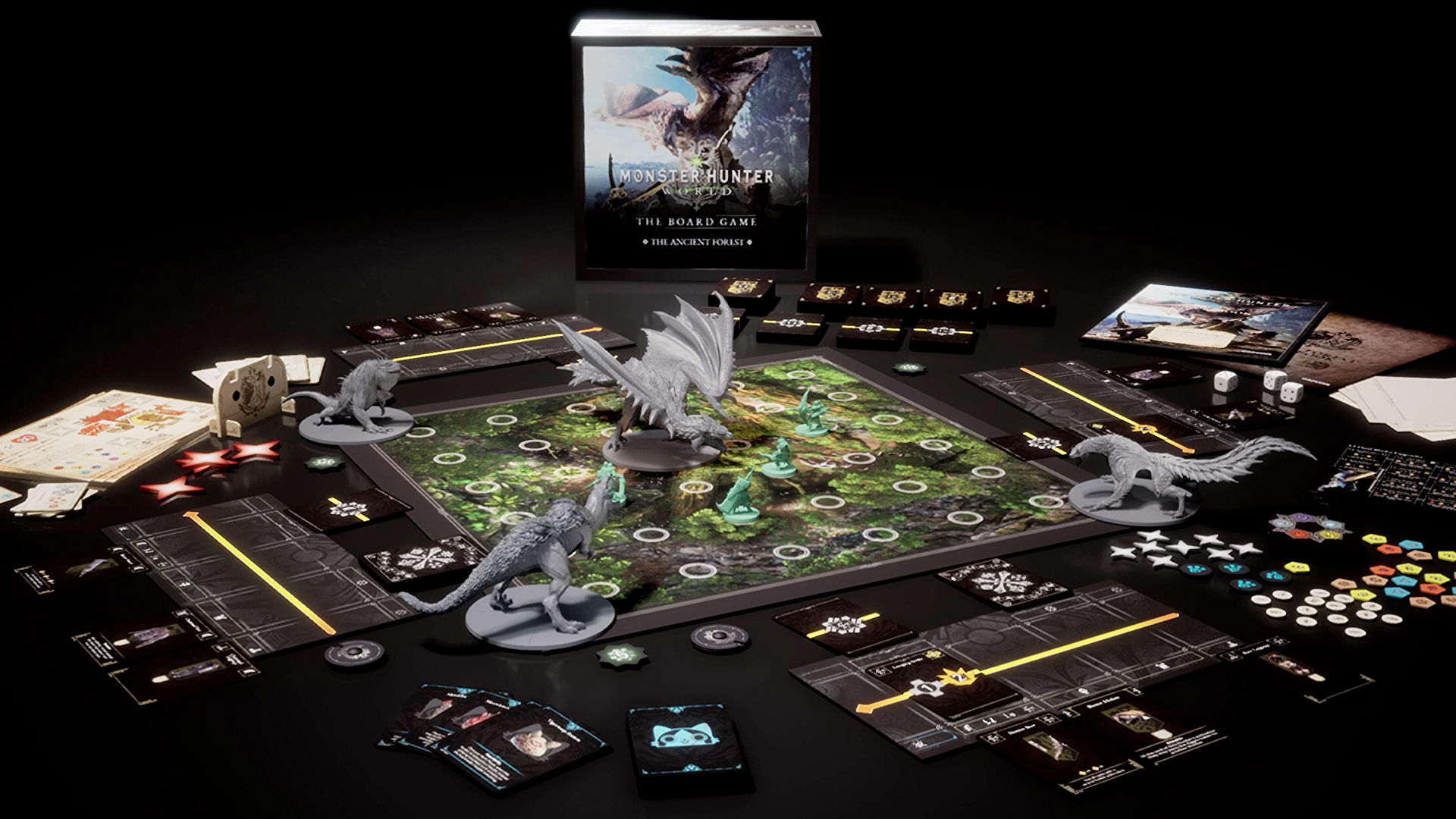 Let’s hope you’ve been saving because the time has come to tell yourself that it’s an investment and that you’ll definitely find time to play it with your friends, as the Monster Hunter World: The Board Game Kickstarter has gone live. After its announcement back in January, we’ve been given sneak peeks, playthroughs and other tidbits to pass the time, but now the flood gates are open and pledges are happening.

In fact, pledges have already rushed in at an insane pace, with the campaign reaching its AU$270,752 goal in roughly eight minutes. At the time of writing, the project currently sits at over 1000% funded, so it’s safe to say that tabletop and Monster Hunter fans are keen. Instead of using stretch goals, Steam Forged Games have instead opted to add in daily bonuses for those who pledge towards the Core and All-In levels (detailed below), so your extra goodies aren’t dictated by other people for this one. If you’re interested in jumping on the bandwagon, you can do so by accessing the project page HERE.

If you’re wondering what the pledge levels are and what they come with, wonder no longer. Here are all of the different pledge levels currently available:

The Kickstarter runs through until April 30 so you’ve got plenty of time to decide whether to invest or not. The game itself has a scheduled release of September 2022, so if you do decide to back it you’ve got a fair wait ahead.

Will you be getting Monster Hunter World: The Board Game? What game do you think should receive the tabletop treatment? Let us know.