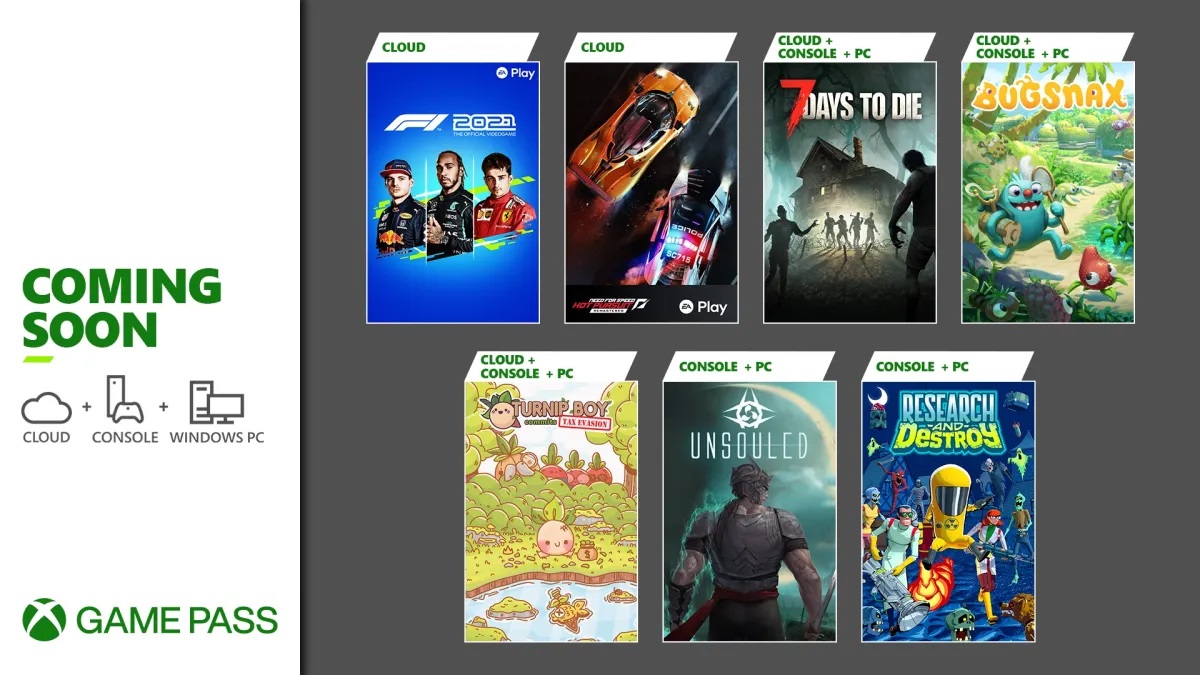 We’ve already seen a number of games make their way to Microsoft’s subscription service this month, but the green gaming giant isn’t done yet. As announced on Xbox Wire, a further bunch of titles are coming to Xbox Game Pass before the end of April. Though they’re not hitting Game Pass this month, the Xbox Wire post also confirmed that Assassin’s Creed Origins and For Honor: Marching Fire Edition will be joining the ever-expanding library in the next two months.

Here are all of the games coming to Xbox Game Pass in April 2022:

The cycle continues, which means that we need to say goodbye to a number of games that will be leaving the service this month. Here are all of the games leaving Xbox Game Pass in April:

I’d say that Bugsnax will be the front runner for many this month, but I’m keen to get around the excellently-named Turnip Boy Commits Tax Evasion.

Which of these titles will you be playing? What would you like to see added in May? Let us know in the comments or on our social media.