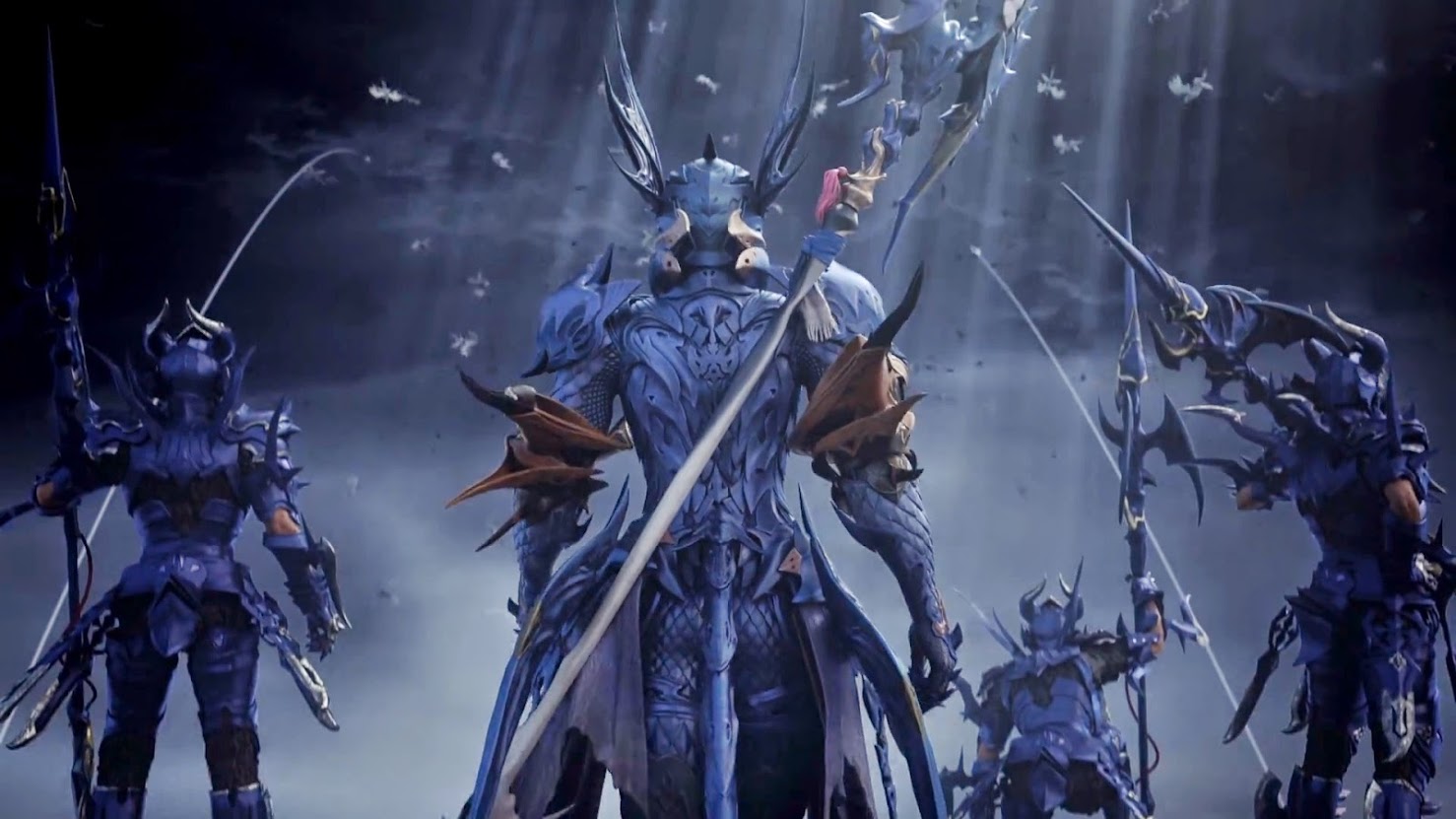 Final Fantasy XIV Producer/Director Naoki Yoshida has passed on a message to fans regarding the recent issues facing the game throughout it’s recent patch updates. These points echo the ones he made during the Letter from the Producer LIVE, but also give a bit more insight into the situation.

Check out his message below..

Thank you for the large amount of feedback on the content released between the launch of Heavensward and Patch 3.15.

We’ve been reading over all of your feedback as well as playing the game alongside you, and we understand that there are various issues with game balance and content balance at the moment.

We plan on correcting the game balance in Patch 3.2, the next major update; however, I would like to take a moment to discuss the development teams understanding of the current problems that have developed from 3.0 to 3.15 and the thought process on how we plan on addressing them in Patch 3.2.

I’ll be covering many different points, so I apologize for the long read.

The Difficulty and Rewards for Alexander: Gordias (Savage)

One of the major pillars of FFXIV’s game design is based on the item level of weapons and armor. Furthermore, the latest raid, Alexander: Gordias (Savage) is content where you are able to obtain items with the highest stats as a dropped item.

The difficulty and the item level of the items that can be obtained in this raid were set to be the highest in terms of game balance, so I would like to start off by talking about this point.

Jumping straight to the conclusion, I feel that the difficulty level of Alexander: Gordias (Savage) is too high. I’ve met many players from all over the world and have been hearing requests for even harder content, and it was to answer these requests that we set the raid to its current difficulty. However, this caused the following as a result.

Players who were seeking difficult content welcomed this, but for those who are unable to beat this content, it’s the same as if Savage never existed, and we are reflecting back on this now.

Based on this, we are currently making balance adjustments to Alexander: Midas (Savage), which is scheduled for release in Patch 3.2, so that the difficulty is somewhere between The Second Coil of Bahamut and the Final Coil of Bahamut.

With these balance adjustments, I believe the number of people who are able to clear this content will increase, and it will be possible to find parties to challenge this content on your own World.

Furthermore, we also understand that obtaining an item level 210 weapon for clearing the fourth area of the extremely difficult Alexander: Gordias (Savage) is an issue due to the fact that this is the same item level as that of the upgraded Esoterics weapon. Had Savage offered an item level 215 weapon, it would have given a clearer identity to those who cleared this content. It would also have made it possible to implement the Esoteric weapon upgrade and Anima weapons earlier, and in turn made those easier to obtain.

In summary, the development team feels that the difficulty level of Alexander: Gordias (Savage) and the item level of the rewards for this content were poorly set, and as a result it largely affected the content that came afterwards.

Based on the feedback that we have been receiving, we will be lowering the difficulty of Alexander: Midas (Savage) that will be implemented in Patch 3.2, while simultaneously setting the item level of the Savage weapon and the item level of the new Allagan tomestone weapon to be different. We would like to revamp the overall balance moving forward with these changes.

Exploratory missions were implemented as a new type of content based on the idea that items can be randomly obtained through farming and players could create their own rules and approaches. Up until recently, there were many limiting rules and a focus on set content in FFXIV.

However, since this deviated greatly from the content we’ve had up until now, there has been challenges involving the friction between players who want to gather and those who wish to battle, as well as the length of time spent playing this content.

Additionally, due to the fact that this was new content, we felt the need to include reward items which were attractive, which is why we decided to add item level 210 items to Diadem. This had both pros and cons. With the item level of the rewards for Alexander: Gordias (Savage) set to 210, we had to restrict the amount of item level 210 gear in circulation in order to maintain the minimum amount of motivation for players challenging Savage.

Just as mentioned in the feedback we have been receiving, had the item level been 205, I believe we could have kept it as it was for farming and not had to make adjustments. This equipment could then have been used to challenge Savage, and we feel that this was an issue as well.

In accordance with feedback, we will be aiming to make exploratory mission content more rule based, such as the following.

We’ll be introducing changes via maintenance in order to reduce the content time of exploratory missions and to make adjustments to the balance of item circulation, while making it into a place for collecting items and spirit bonding. We’re also planning a large scale expansion to this content in the next exploratory mission update. We’ll be utilizing everyone’s feedback as much as possible for this.

The successor to the Zodiac weapons, Anima weapons, have been implemented; however, their balance is directly linked to the item levels of the rewards for Alexander: Gordias (Savage).

Since it is currently only possible to obtain an item level 210 weapon from Alexander: Gordias (Savage), the time and effort required to create an Anima weapon was set to be roughly the same level with this as a benchmark.

Similar to Zodiac weapons, Anima weapons are based on the following concepts.

Just as mentioned in the patch notes, a long period of time will be required to complete Zodiac and Anima weapons, and they have been designed based on the idea that you will progress through the series at your own pace. Additionally, this content is strongly geared towards the element of time for players who are not into raids or other difficult content, or for those who wish to play solo.

An exception to this concept was the necessity to beat the hard versions of Ifrit, Garuda, and Titan for the relics released at 2.0; however, looking at the percentage of players who possessed relics at that time, we determined that this was a wall for players who were not into difficult content.

The development team will no longer be using difficult content such as this, but in the event that they utilize content completion as a requirement it would be on the level of storyline primal battles or Alexander normal, and such. By doing so, even players who are not into clearing difficult content will have a goal and be able to earn powerful weapons if they put in the time, though they will be slower to reach this point than the top tier of players.

However, due to the fact that the item level for Alexander: Gordias (Savage) is 210, we were unable to make the current Anima weapons any higher than this, which resulted in concerns being raised about Esoteric weapons and the lifetime of weapons that are to be implemented in Patch 3.2. Furthermore, with the difficulty of Savage being very high, Anima weapons have become the sole option for obtaining item level 210 weapons for some, and we understand there is an issue with there being no other options.

With these weapons starting at item level 170, players who have joined the game later can quickly reach item level 200 without having to rely on the weekly limited Esoterics. Additionally, in regards to collecting crystals through FATEs, using feedback from the 2.X period, we eliminated the job restrictions, removed level restrictions, and prepared multiple avenues for obtaining items, so players are able to collect items how they want.

With all that said though, we will be revamping the item level hierarchy in Patch 3.2 and making adjustments so the flow afterwards is more fitting. The next phases for enhancing Anima weapons will take place in Patch 3.25 and Patch 3.3.

While we’ve been receiving requests to make Anima weapons involve more challenging content and to not tie it to randomness or crafted items, just as I mentioned above, this is content that is focused on creating weapons by spending time, so I’d appreciate everyone’s understanding that this is an option for players who are not into challenging difficult content.

To repeat what I said earlier, we made mistakes with the setting of the difficulty for Alexander: Gordias (Savage) and the item level of the rewards, which affected the content that came afterwards leading up to Patch 3.15. We are reflecting on this problem, and based on everyone’s feedback we will be revamping the balance of the game from Patch 3.2 onwards.

As always, thank you very much for your feedback and support!

In this article:fantasy, final, heavensward, XIV