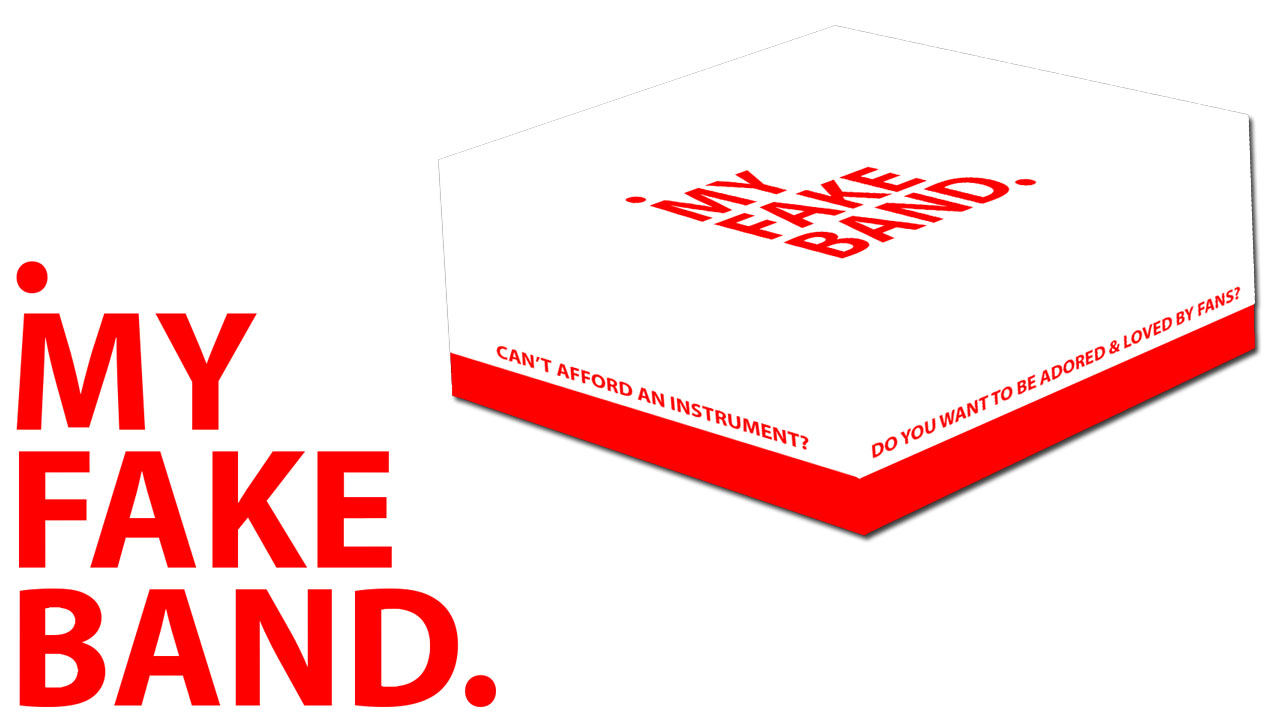 Sometimes all you need for a good time is to sit down with some mates, crack a few cheeky froths and whip out a good old card game. Cards Against Humanity is a card game that almost revolutionised card games, opening up people’s dark humorous side while bringing people together through laughter. It’s a super popular concept that has spawned many expansion packs and similar games, such as Cooked Aussies. Another game which is hoping to bring people together through laughter is My Fake Band, a game about the music industry which celebrates the craziness of band names and song titles (shoutout to the Butthole Surfers). The project launches on Kickstarter today, with the team asking for A$14,570 to bring the game to life. 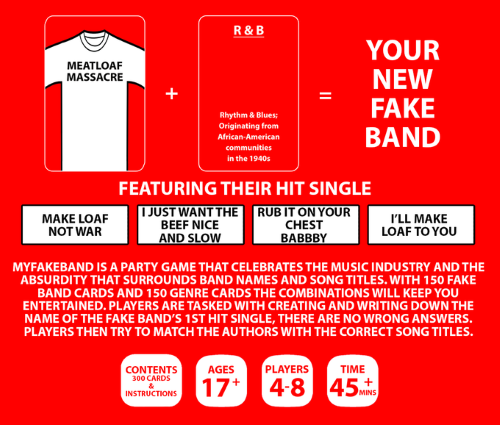 A basic pledge will set you back about A$30 (not including shipping) and there are plenty of perks to get involved in the crowdfunding campaign, with bonuses such as Kickstarter-exclusive card packs as well as the opportunity to create your own cards. But how does the game work you ask? Check out the video below for the know-how:

James Hermann, one of the creators behind My Fake Band told us that the project has been in the works for a little over three years, with James and his brother (and co-creator) Jesse coming up with the idea after attending many gigs growing up in New York City.

“We are both obsessed with music,” says James Hermann, “growing up, anytime we heard a ridiculous term, phrase, or combination of words we would always crack up pretending that was our new band name. Lots of alliteration and terribly conceived band names later, we hatched the idea that officially warped into My Fake Band.”

When it comes to inspiration and influences, James reveals that although Cards Against Humanity is the obvious candidate given it appeals to similar audiences, it isn’t one of the primary sources of inspiration for My Fake Band. “Cards Against has clearly inspired hundreds, if not thousands, of game designers to take a chance on their idea and try to put something out into the world to put a smile on faces,” says the Long Island-born music lover-cum-card game designer. Instead, the brothers name Balderdash as the game that has influenced them the most. That and “the music scene in general, bands with cringeworthy names who have made it, and my lack clear lack of musical talent but dream of being in a band,” laughs James.

But why Kickstarter? When it came to crowdfunding the project Kickstarter was the clear choice for the brothers. “They are a trusted platform/partner to many of the games that we personally love to play,” explains James. “So it would only make sense that we would follow in the footsteps of some of our favourite games.”

I’m a big fan of Cards Against Humanity-style card games, in fact, some of my favourite memories have been spent playing card games with mates. There’s just something about sitting around playing cards, laughing and chatting with your mates that reminds me of the good old days before everyone buried themselves in their phone. I’m certainly keen to give My Fake Band a crack, so hopefully it can secure the funding it requires.

You find the Kickstarter campaign here.

In this article:card game, cooked aussies, my fake band