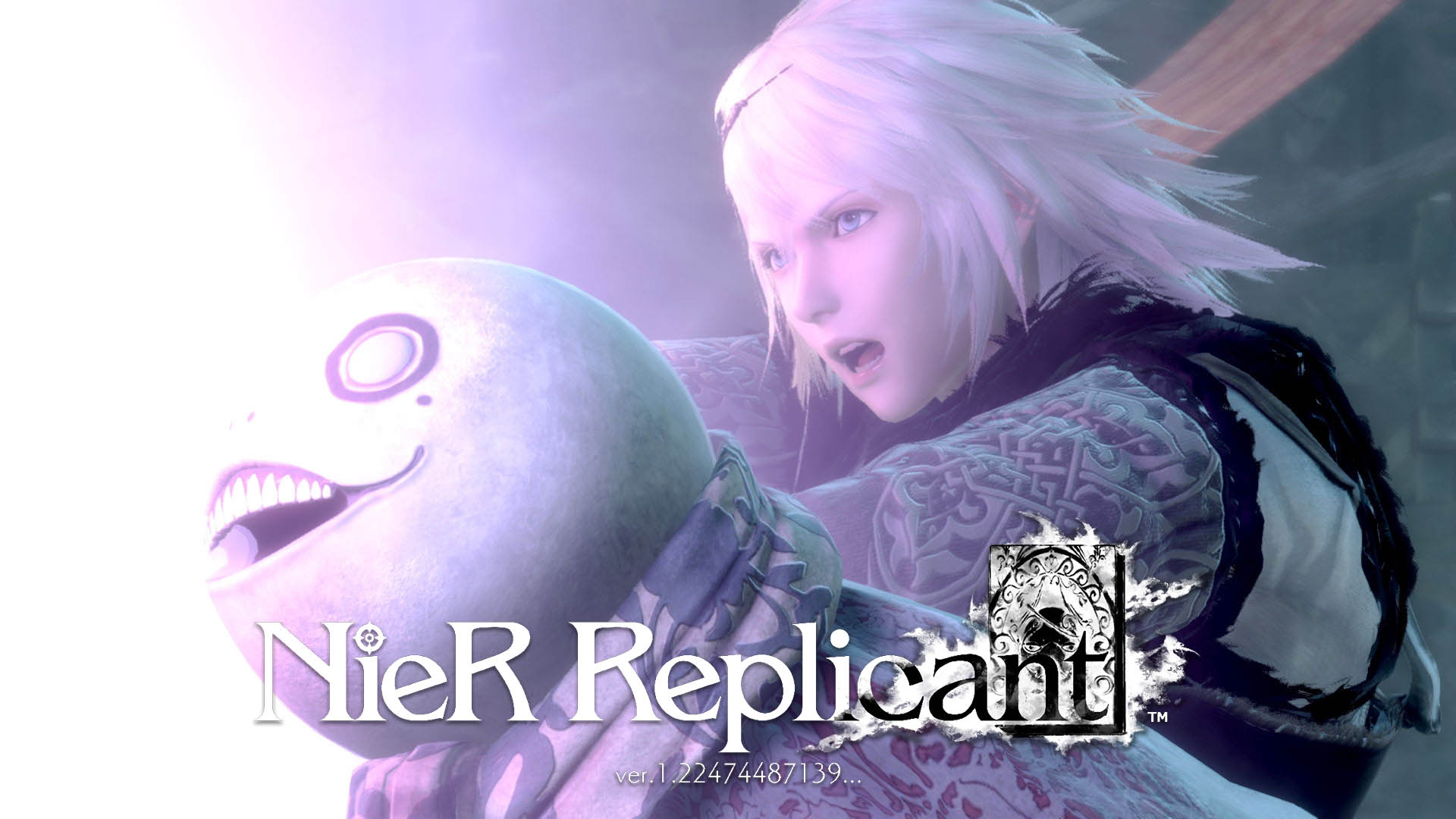 NieR is one of those games that I feel came out at a weird time. The 360/PS3 generation saw a lot of Japanese studios attempt to tap into the growing overseas market with games that (in theory) catered more to Western sensibilities. In practice, what this really meant was a lot more grey and brown visuals, vaguely European settings and gruff, grizzled protagonists. That’s the way I remember NieR when it released back in 2010, and thanks to our pals at Square Enix I’ve been able to spend time with the brand-new updated version, titled NieR Replicant ver.1.22474487139…, to compare a few select sections of the game to my memories of the original.

The most immediately noticeable difference in this version of NieR then, for those of us that played the game in its original Western release, is that the main protagonist (Nier, or whatever you decide to call him) looks just a little bit different. That’s because, as the game’s new title implies, this update is based on the game’s Japanese PS3 release, NieR Replicant. For reasons presumably known only to focus group facilitators and boardroom suits, the game’s Xbox 360 version, titled NieR Gestalt, featured a different and much older protagonist, and this was the version the West got across both consoles. Now, whether you’re team PlayStation, Xbox or PC, you’re getting Replicant and Replicant only. Following me so far?

Aside from the new/old main character, Replicant ver.1.22474487139… does what its unnecessarily long title suggests and gives the 2010 game something of an update, with the series’ eccentric director, Yoko Taro, and many of the original team on board. While I haven’t seen enough of the game to determine whether there are any drastic narrative or structural changes (pre-release comments suggest there probably won’t be), I’m able to get a good feel for the updated visuals and combat, this release’s two main selling points.

Visually, it’s clearly a significant step up from the original that builds on the bones of what came before, made evident in the sections that we’re able to talk about for preview purposes. The Junk Heap, for example, takes the bare sand and metal environment of the PS3/360 release and not only updates textures and lighting but adds on layers of extra environmental detail that bring it together into a more cohesive and tangible space than before. The flat, repetitive corridors of the locale’s underground maze by sheer design don’t look as modern, even with the upgrades, but that’s down to the source material. Conversely the Aerie, one of my favourite video game ‘towns’ of all time for its design and lore, looks phenomenal in the update. The overall feeling is that this is one of those instances where the ‘remaster’ brings the game closer to players’ memories of the original than the reality.

Early doors it’s pretty clear that while the development of this new version of Replicant has placed importance on the sanctity of the original game, there’s been little hesitance to do major elements over in line with modern tastes. Character models across the main cast have been tweaked to varying degrees, bringing them closer to the design principles of NieR Automata without betraying their original designs. At least as far as the areas mentioned it seems like cutscene direction remains exactly the same aside from the new character and environment art and voice work, which should keep hardcore fans happy.

The visual upgrade isn’t just about art, though. It also brings with it the increased performance and responsiveness that modern console overheads can offer, and it makes a huge difference. Fighting the Defence System Geppetto boss at the Junk Heap underground makes a huge case for the bump up to a 60fps framerate, which again brings Replicant up to the standard of Automata. Both the Gepetto fight and the following battle against the huge Hook boss are great showcases for the expanded scope and improvements to the game’s moment-to-moment combat.

Aside from these moments in the Junk Heap and Airie I’ve been able to sample some of the later gameplay in the Northern Plains in the game’s second half (no spoilers, but fans will understand the significance of the game’s halves), giving me a good taste of how the updated combat feels. In essence, combat controls and mechanics haven’t changed a great deal, but they’ve been tweaked enough to feel more modern. Nier being able to move and attack while charging magic at the same time is the most obvious change, and it makes a huge difference, especially once he’s come into the full suite of magic abilities and weapon types. Combat feels faster and more fluid overall, though I’d have to go back to compare the original after playing more of the game to get the full picture of the changes.

One thing I have been able to get a good feel for is the game’s new Auto-Battle option, not unlike the one found in Automata. I have a few thoughts about it here.

Just from the few small sections of game that I’ve been able to talk about thus far, it’s clear that this is more than just a remaster or re-release, it’s shaping up to be a love letter to the original as well as a chance for a lot of fans to experience the Replicant version of the game for the first time. I’m excited to see how deep the updates run as far as endings and subsequent playthroughs are concerned, and whether there are any major surprises in store, but so far even if things keep going the way they have so far I’ll be happy with the final product. NieR Replicant ver.1.22474487139… looks to be more than just a ridiculous title, it’s shaping up to a thoughtful restoration of an underappreciated classic.