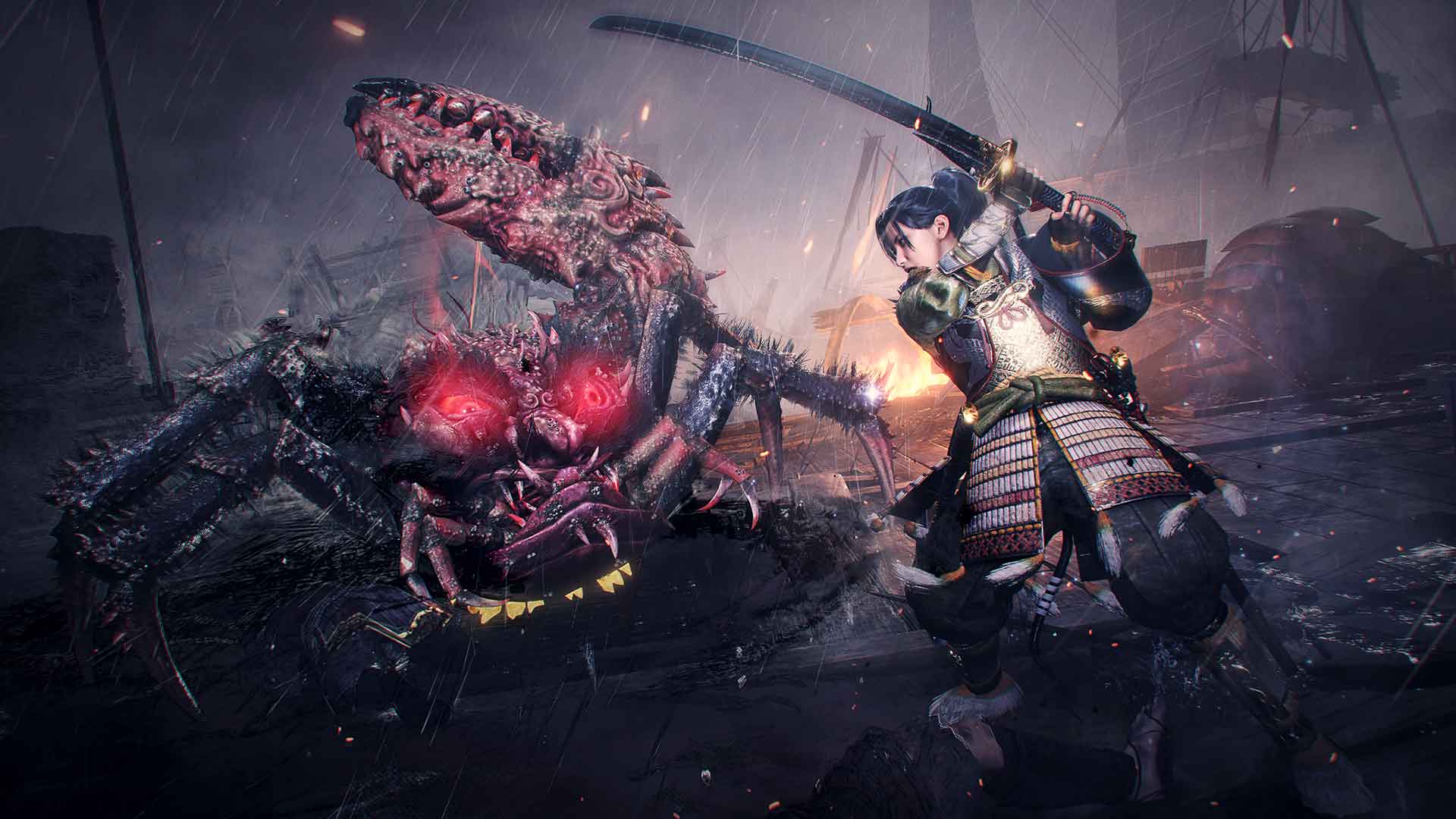 The start of a new generation characteristically sees a slew of remasters suddenly present themselves, as original games around launch are generally quite thin on the ground. In line with this time-honoured tradition we have the The Nioh Collection, remastered specifically to take advantage of the PS5’s substantial muscle. Comprising both games and all their downloadable content, and with a fair amount of choice in terms of graphical fidelity, frame rate and performance, this package doesn’t exist to simply artificially bolster the PS5 library, but rather significantly enhance the original experience like a good remaster should.

And God looked upon all that He had made, and indeed, it was very good

Given this is a remaster I won’t delve into the nitty gritty of the meat and potatoes of the games themselves, but feel free to read WellPlayed’s resident masochist Jordan Garcia’s reviews of Nioh and Nioh 2. Long story short, both games are excellent, expertly blending Dark Souls-esque hardcore hack and slash and addictive looter gameplay in a unique Japanese setting. The games are brutally difficult but immensely satisfying in equal measure, and I would recommend them to anyone up for a challenge without hesitation. So what sort of bells and whistles does the Nioh Collection have to entice old players back, or attract PS5 early adopters looking for something new to play on their black and white behemoth?

For reference, I played the game on a 55 inch LG OLED B7 model. As with all LG OLED TVs they are capable of displaying 4K resolutions, and support a 120Hz refresh rate, however given I was playing over HDMI 2.0 the resolution is capped at 1080p at that rate. Both games have three distinct modes that are selectable from the each game’s main menu, but unfortunately the modes can’t be swapped out freely during gameplay, requiring you to back out completely. The modes have fairly basic descriptions which don’t exactly tell you a whole lot, but after experimenting with them across both games, for my money there’s definitely one mode which is superior across both.

The first visual mode is 4K Mode, which prioritises true 4K at the expense of frame rate. In saying this, the 4K mode in both games appear like they run at a fairly solid 60fps anyway, so I didn’t feel like there was a huge sacrifice to be made at the enhanced resolution. This is fairly important in a fast-paced game like Nioh, which demands careful attention to animations and expert timing, and the fluid frame rate really supports the moment-to-moment gameplay. The Nioh games are quite visually arresting in terms of using a wide and vibrant colour palette and feature intricate character designs, and the crispness of the 4K mode only adds to this. I did have an odd bug where switching to 4K mode in the original Nioh would switch my HDR off, but this seemed to fix itself on a restart. Speaking of HDR, the original Nioh doesn’t give specific control over the HDR settings (peak brightness, contrast, saturation and so on), whereas Nioh 2 is fairly robust in this regard. It’s not a huge deal as they can be adjusted in TV settings, but it is an odd omission.

The second mode is the mysteriously titled PlayStation 5 Console Standard Mode, which sounds like the most boring of the three, but is by and large the best of them. This mode features dynamic resolution that targets 4K (and to my eyes seems to do a fairly good job of it), as well as 60fps. Again, the frame rate in this mode across both games seems rock solid, and the visuals are virtually just as crisp as the 4K mode, but the real kicker is that this mode features noticeably greater detail. Shadows and objects in the environment have beefed up quality that are also rendered at a greater distance from the player, meaning scenes look a little more full, and objects don’t pop in as much. Particularly in the much more visually busy Nioh 2, this mode looks amazing, and is my pick of the bunch.

The last of the modes is the 120fps Mode, which obviously requires you to have a monitor or TV that supports that frame rate to appreciate it. As mentioned, playing over HDMI 2.0 only allows a resolution on 1080p at 120fps, and given the substantial workload of maintaining such a crazy frame rate, several concessions have been made to make it work; shadow work is noticeably less dynamic, lighting in general has odd hiccups and pop-in and draw distances seem much shorter. It’s generally hard to stomach after being spoiled by the gorgeous 4K visuals, but your mileage will certainly vary depending on what your monitor or TV setup is. For me, the sacrifice to resolution and environmental detail simply wasn’t worth it, but having the option there certainly doesn’t do any harm.

Outside of the various modes, other aspects of the PS5’s design really shine in this remaster, the first of which are the lightning fast load times. I don’t recall them being overly slow in the originals, but here they are so fast as to be almost non-existent when you’re loading up a save or respawning after death. This means there’s very little down time in between getting your arse handed to you by one of the many tough bosses, and now that I’ve become accustomed to SSD load times in general I don’t think I can ever go back. The DualSense also has superb haptic feedback that gives the diverse weaponry a real heft to it, and the adaptive triggers for ranged combat also feel great. Given the visceral nature of the combat, the demon cleaving experience is vastly advanced with the strong feedback from the controller.

It bears noting that although the Nioh Collection is a bespoke package of the two games, both may also be purchased separately. If you already own Nioh 2 on PS4 then you’ll get a free upgrade to the remastered version, and any DLC you own will also be transferred. The original Nioh however will have to repurchased even if you own it on PS4. It’s mildly confusing so make sure you know what you’re getting into by referring to this official PlayStation blog. Additionally, Nioh 2 Remastered is also available on PC, so get those frame counters ready if you’re of the master race persuasion.

Ninja Theory has done an amazing job of giving two fantastic games a generous facelift, such that they can confidently stand next to titles like Demon’s Souls in PS5’s exclusive arsenal. In Australia it’s available for around 109 dollarydoos, a price which some may baulk at, but considering the sheer amount of content across two sizeable games it’s still very decent bang for your buck. Some clearer descriptions of the modes wouldn’t have gone astray and it’s a pity you have to back out to the main menu to switch between them to see which one suits, but the Nioh Collection is definitely one the prettiest ways to have your arse kicked on the PS5 currently. 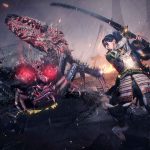 The Nioh Collection Review
Nioh, Faroh, Wherever You Areoh
Two fantastic games from the last generation get a makeover, leaning into the substantial muscle of the PS5 to deliver a stunning new experience at the dawn of a new console generation.
The Good
The games are still magnificent
Excellent choice between graphical modes
Added details in the PlayStation 5 Console Standard Mode really makes the world pop
The Bad
Swapping between modes requires backing out to the main menu
Mode descriptions should be more in-depth
9
bloody ripper

The Nioh Collection Review
Nioh, Faroh, Wherever You Areoh
Two fantastic games from the last generation get a makeover, leaning into the substantial muscle of the PS5 to deliver a stunning new experience at the dawn of a new console generation.
The Good
The games are still magnificent
Excellent choice between graphical modes
Added details in the PlayStation 5 Console Standard Mode really makes the world pop
The Bad
Swapping between modes requires backing out to the main menu
Mode descriptions should be more in-depth
9
bloody ripper
In this article:nioh collection, Sony Interactive Entertainment, Team Ninja