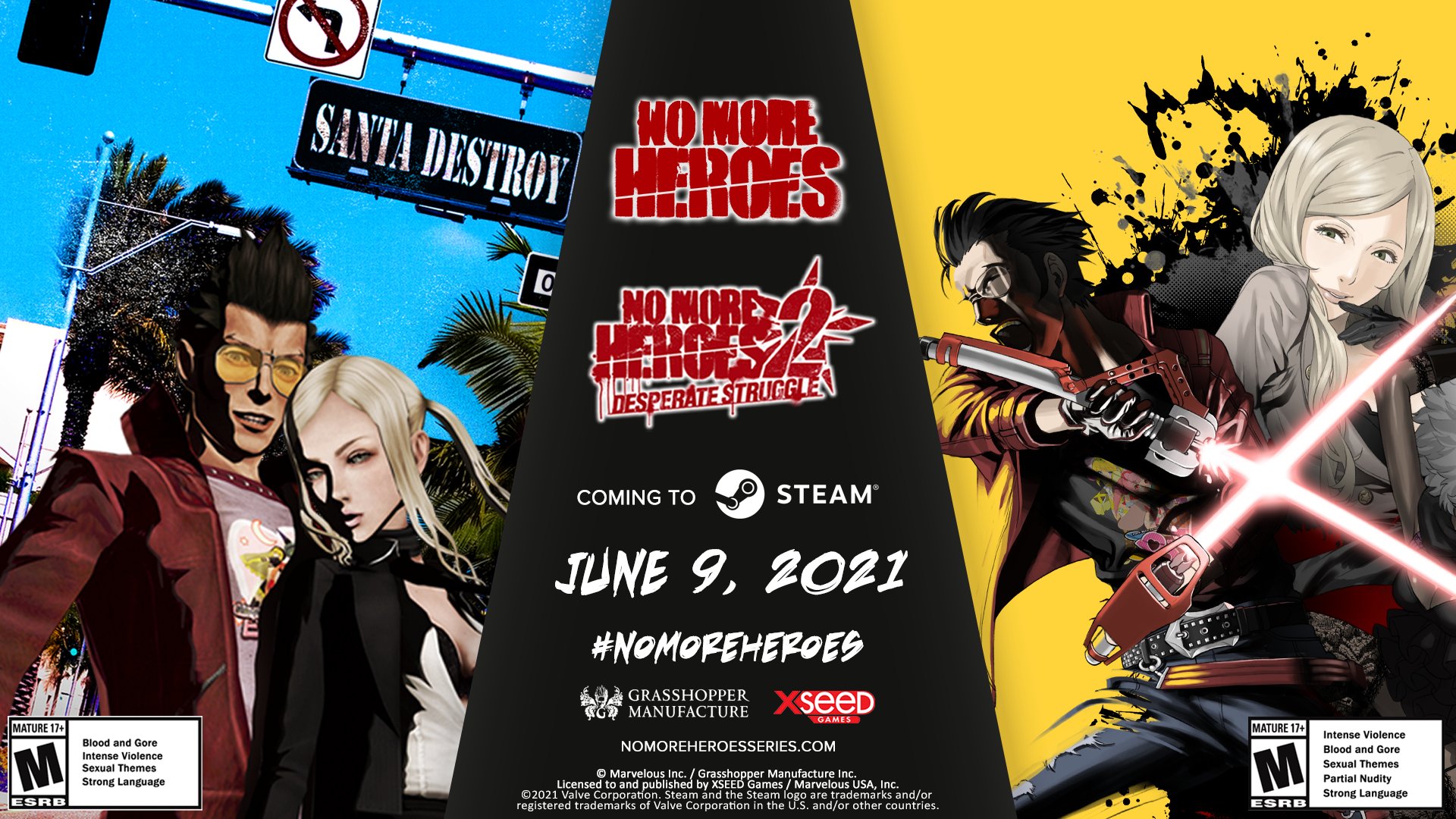 The week before E3 is always an exciting time for smaller, more immediate video game surprises and cult Japanese developer Grasshopper Manufacture has just dropped a tasty one!

#NoMoreHeroes and No More Heroes 2: Desperate Struggle make the leap onto #WindowsPC in less than one week! On June 9, both #NMH1 and #NMH2 come to Steam with a 10% launch week discount. 💥

Both games, originally released on the Nintendo Wii, recently arrived on the Switch as well. The PC ports promise HD resolutions and 60fps gameplay.

You can find the Steam links in the embedded tweet above, and check out the trailers for both games’ PC versions below: