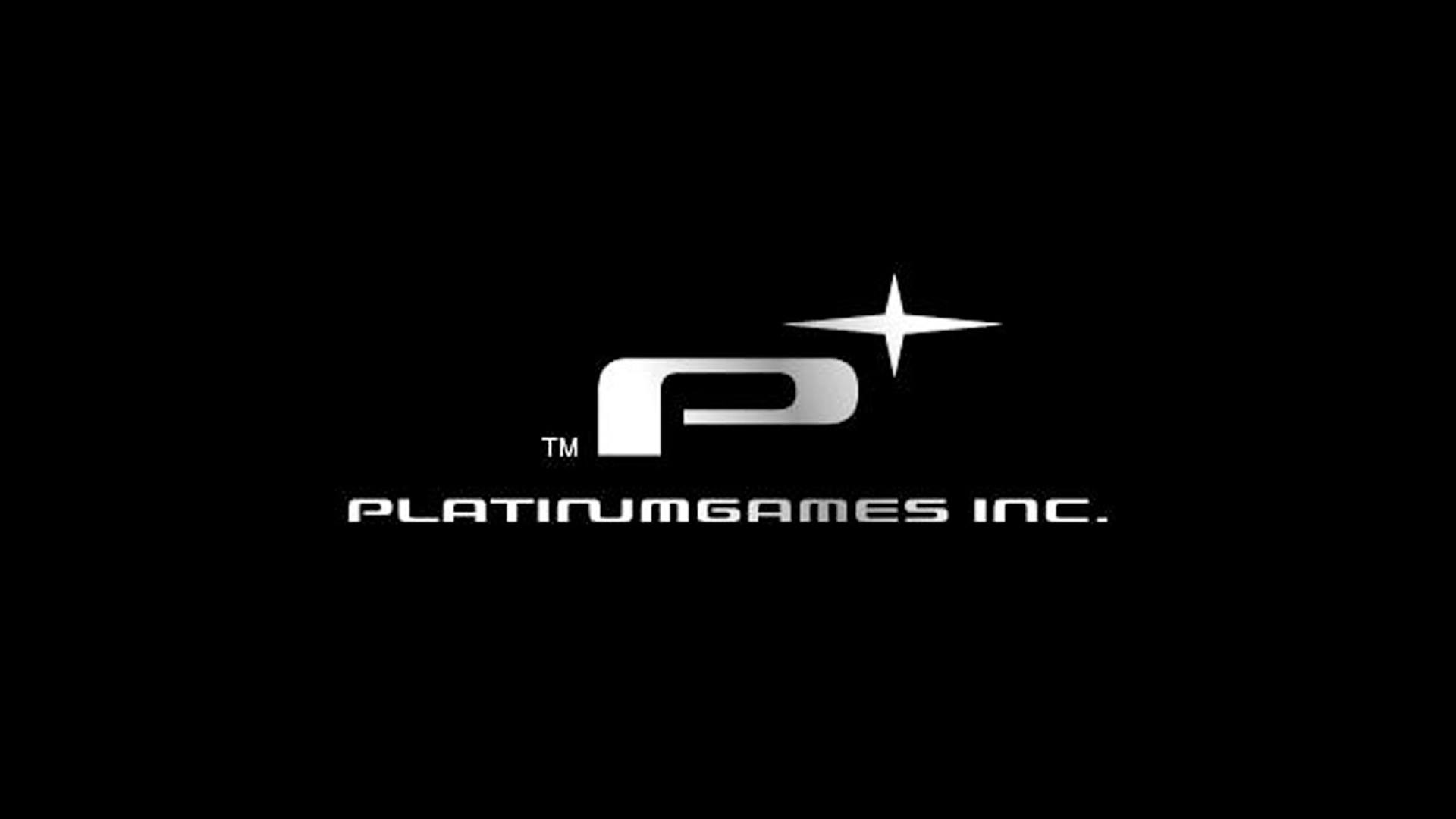 PlatinumGames have only been around in their current form since 2009, but in those seven years they have managed to release some absolute classic games. But while the team’s name is mostly synonymous with quality, even an ardent fan of their work such as myself can see they’ve also had a few not so fantastic titles that are better off being forgotten. With the imminent release of the promising looking title NieR: Automata, as well as the somewhat less inspiring Scalebound, I thought I’d compile a list of the four best and four not so best Platinum titles to date.

While revengeance isn’t actually a word, this slick hack and slash spinoff of the popular Metal Gear franchise was an absolute gem. I’ve never cared for the Metal Gear series, but I’m well aware of the controversy regarding the history of the main character of MGS:R, Raiden. In a move that shocked the dial-up Internet of 2001, the androgynous ninja’s first appearance was as the protagonist of MGS2: Sons of Liberty (the direct sequel to the original Metal Gear Solid), and his presence made a lot of Kojima fans feel like they’d been betrayed; apparently the world wasn’t ready for stealth situations involving male nudity. The concept and gameplay direction of MGR:R generated its own controversy, as the piously devout worshippers of Kojima-san’s creations very openly lamented the Metal Gear series featuring anything other than slow-paced stealth games. Unphased by this, PlatinumGames successfully put the cybernetically-enhanced Raiden at the centre of a blisteringly fast and mechanically tight action game. The game offered a meaty challenge for those who braved the higher difficulties (the final boss Armstrong features on many toughest boss lists) as well as a cheesy story and a slew of over-the-top enemies to hack to pieces. Sheer brilliance.

Bayonetta was among the first titles that Platinum as we know them developed as part of a deal with Sega. Featuring the titular sassy witch in a hack and slash game that has her battling massive cherubian angels (amongst other bizarre enemies), the game’s lavish visuals, unique art direction and frenzied, beautiful action made it an instant hit. Notwithstanding the fact that she is clothed in her own hair and has the ability to summon demons of various shapes and sizes made from that same hair, Bayonetta is one of those great enduring female characters. While her openly vivacious and highly sexualised style might trigger some of the more sensitive people of the Internet, she is nonetheless a powerful character who ends up making both heaven and hell bend to her will, all while burning any brave bloke who thinks they are on her level. Unfortunately the sequel to Bayonetta was a Wii U exclusive, so only the five people who own one got to play it (I bought a Wii U more or less for this game alone), but I’m sure we haven’t seen the last of her.

Directed by none other than Shinji Mikami (of Resident Evil, Shadows of the Damned and The Evil Within fame amongst other things), Vanquish was a refreshingly innovative action/shooter game which took an impressive variety of mechanics and wrapped them up in a stylish and fun package. Like many of Platinum’s games, the pace of Vanquish was eye-meltingly fast and the gameplay was quite challenging, and keeping on the move at all times was essential. Players were aided by the Augmented Reaction Suit, an exosuit that improved kinesthesis and reflexes allowing the protagonist Sam to seamlessly perform slick moves like knee slides (believe it or not this was one of the first games to popularise this manoeuvre) and cover vaulting, with the added bonus of slowing down time in the process. This enhanced movement was your greatest advantage, and gave you a slight edge over the veritable onslaught of enemies (Vanquish is often referred to as the 3D embodiment of classic bullet hell shooters like Batsugun). While the story was a bit flat, and the cigarette-smoking main character ended up  being a bit of a flog (in the words of DYEGB’s glorious leader Zach Jackson), there was no denying that the title’s moment-to-moment gameplay and steady flow of stylish action sequences were absolutely top-notch. It also had a cool holographic game cover that was worth the price of admission alone. Sequel, please.

MadWorld was actually PlatinumGames’ debut title, and was notable for being one of very few titles that flew in the face of Nintendo’s aggressively family-friendly image. Taking cues from Henry Miller’s graphic novels (like Sin City), the game revelled in presenting over-the-top violence, with the stark monochromatic setting contrasted against the litres of claret splashed across the screen making it a gruesome visual feast. Gameplay-wise it stacked up too, making use of the Wii Remote and Nunchuks to good effect (as someone who isn’t particularly enamoured with gimmicky non-traditional controllers this is high praise). As Jack Cayman (a man with one of his arms replaced by a chainsaw), you enter a Running Man-esque gameshow called DeathWatch, where everyone is essentially trying to dismember one another and become the baddest dude. Points were awarded for more exotic kills within the levels (something that would go on to inspire Epic Games’ Bulletstorm), and it was this mechanic and the confronting depiction of violence that made it a target for criticism from social conservatives of the time (although in reality it was quite cartoony and stylised and these people were stupid).

Anarchy Reigns was apparently the sequel to MadWorld (one of its characters was our mate Jack “Chainsaw Hand McGee” Cayman for instance), but it released on multiple platforms this time. Ditching the cool black, white and red aesthetic of the original, the game suffered from jarring, ugly visuals and a repetitive and uninteresting single-player campaign. The game was somewhat rescued by its multiplayer, a chaotic 16-player battle royale type situation. I wasn’t sure whether to put this one in here, as for every person you find who disliked the game you’ll probably find someone who liked it, but for me this was a case of a game where a studio was trying some interesting new ideas that ultimately didn’t come together.

Objectively one of the worst games on this list, the Legend of Korra was widely panned for its fundamental misunderstanding and misrepresentation of the hallowed source material. The Legend of Korra is the direct sequel to the very popular Nickelodeon series The Last Airbender, and much like the film based on the latter, this video game adaptation of Legend of Korra is more likely to offend fans than serve them. Simplistic combat and bland presentation were the final nails in the coffin for this one. Unfortunately it wouldn’t be the last time that Platinum would take a beloved television series and bungle the video game adaptation…

The most recent game on this list, Platinum taking on an iconic 90s franchise and turning it into an action game seemed like a sure homerun. After all, they had very recently crafted the excellent Transformers: Devastation, which was good enough to make me almost forget Michael Bay’s valiant attempts to ruin the memories of my childhood with his soulless films. Unfortunately, Mutants in Manhattan failed to deliver on a few fundamental levels. Giving it a 5/10, here’s what I had to say in my review:

…From its woeful, nonsensical story and bland gameplay to its strange controls and technical issues, this is a game that should be cast back into the sewers from whence it came…

Harsh words indeed from a fan of both the heroes in a half-shell and the devs responsible for this one. A swing and a miss…

Star Fox: Zero is a ‘not-a-sequel-not-a-prequel-not-strictly-a-remake-either’ of the classic Star Fox 64. This one’s a bit polarising too, as you’ll find many who enjoyed this Wii U title. Giving it a score of 6.5/10, our very own Aza Hudson had this to say:

…when you get past the awkward controls and distancing from some series norms, [Star Fox Zero] is a very enjoyable game that would have benefited from more player options. It’s unfortunately not the game that we were all waiting for, but it’s a step in the right direction…

Of all the criticisms levelled at the game, the terrible non-negotiable motion controls seemed to have stuck in a few people’s craws, as well as the fact that it followed essentially the same narrative as Star Fox 64. While curious attempts at control innovation ought to have been abandoned the first time a play tester touched the title, Star Fox Zero still managed to satisfy that hardcore Nintendo audience that hang out for games that remind them of when they were young.

Disagree with my list? This is the Internet, you know what to do!