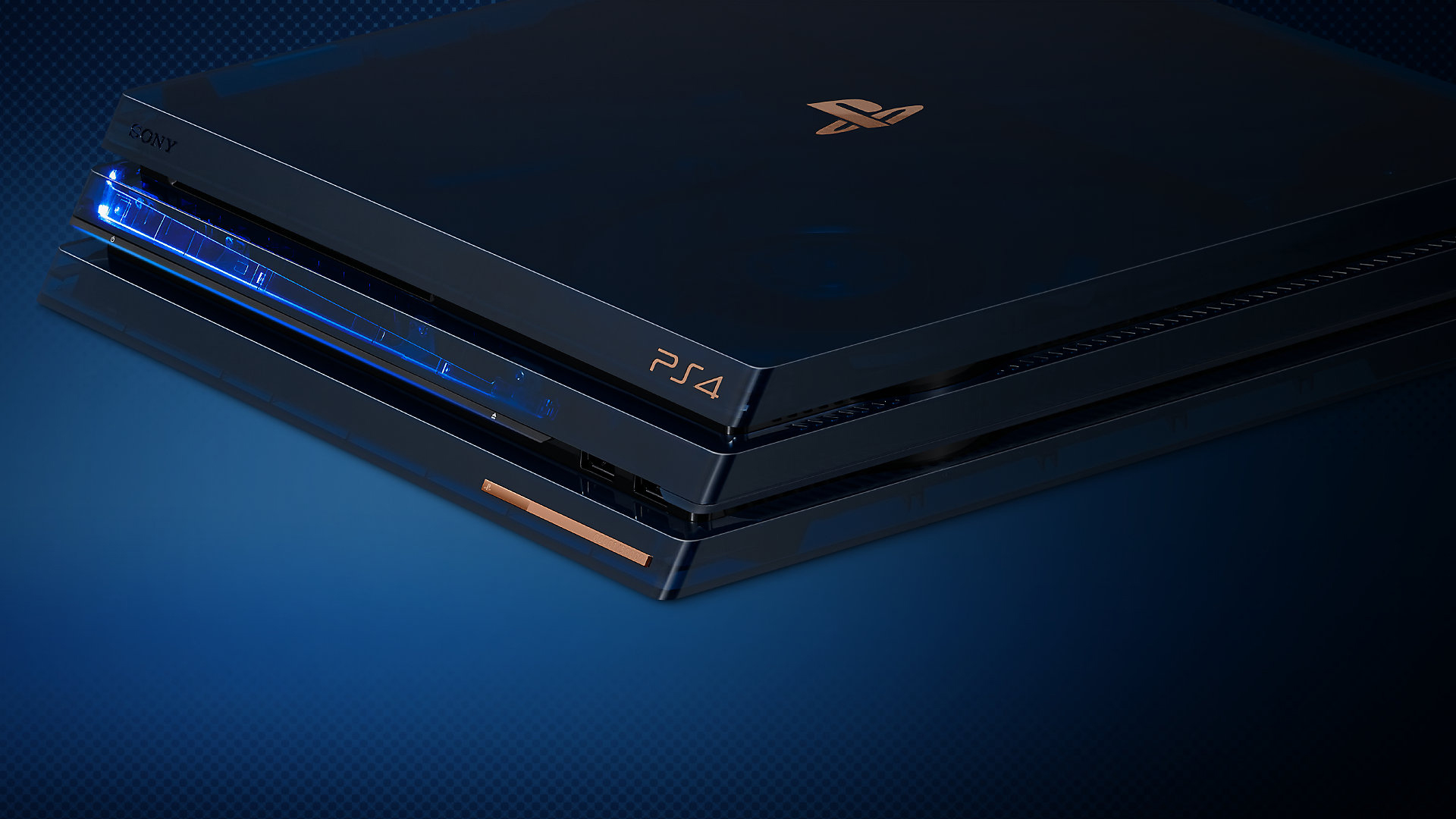 Last week it was announced that Sony Computer Entertainment had racked up a total of 91.6 million PlayStation 4 console sales as of December 31, 2018, with almost 17 million of those sales happening in 2018 alone. Compare that to Microsoft’s Xbox One console at 40 million lifetime sales and just shy of 7 million for 2018 and it’s clear which platform is ‘winning’ out of the two. The more interesting statistic is the runner-up in sales for last year, the Nintendo Switch, which is young enough that it’s still only notched up 22 million lifetime console sales, but in 2018 managed to push just over 14 million units! That’s not far off the PlayStation 4 at all.

What this means is that while the PS4 has enjoyed a healthy lead in the console sales race thus far, the arrival of a new entrant means that Sony are going to need a big push in the coming year. Not to keep their lead, mind (that’s pretty much guaranteed), but to keep that huge momentum from previous years going and to mitigate some of the consumer fatigue that comes with having a console platform out in the market for over five years. So what can be done to keep the PlayStation torch burning through 2019 and ensure people continue to flock to the platform in droves? This writer has a few rough (and very uneducated) ideas about where the gaming giant’s focus should be for the year and how they might keep the PlayStation 4 brand fresh and exciting while we all wait patiently for the PlayStation V.

There are a number of factors that contribute to the success of a gaming console. Features, graphical power, price and form factor are all pretty important, but one thing has stood out time and time again as the true determinant — the software library. If 2018 is anything to go by, Sony know this. With killer apps such as God of War and Marvel’s Spider-Man heading up the PlayStation’s exclusive offering, there’s every reason to believe that Sony have some of the best studios and partners on-side ensuring their continued success. Indeed, looking forward, the future is just as promising with titles like The Last of Us 2, Ghost of Tsushima and Death Stranding on the horizon.

So what, if anything, can be done to ensure the ongoing success of the PlayStation platform in 2018? Well, for starters, Sony need to bloody deliver those games. There’s only so long fans can fawn over those pretty E3 teaser trailers before the games start to feel less and less tangible and interest wanes. Certainly, if Sony want the PlayStation 4 to enjoy the same success it has in the past 12 months they’ll need to churn out at least a couple of those marquee titles in 2019.

While there’s no doubt that the PlayStation 4 had a killer year for software in 2018, there’s one thing that we definitely didn’t see: new hardware. The year 2016 saw two major hardware revisions to the core PS4 console in the form of the PlayStation 4 Slim and PlayStation 4 Pro, plus the launch of the PlayStation VR, just two years after the console first hit the market. Then, in 2017, the PSVR was given an upgrade to include improved connectivity and new features.

Last year though, special edition consoles and minor internal updates aside, saw no meaningful changes to the PlayStation device family. While that’s not necessarily a bad thing (why mess around with a console that’s just hit 91.6 million sales worldwide?), it does put Sony in the position of needing to consider another refresh. After all, if so many people already own your console, how are you going to continue that ridiculous sales momentum if not by convincing a percentage of them to buy again?

There are a few ways that Sony could jazz up their current hardware offering in the time between now and their next major console release. One obvious choice would be to slim down their machines even more. As manufacturing processes get better and components become smaller, cheaper and more efficient, it gives PlayStation an opportunity to make their consoles smaller, cheaper and more efficient also. The PS4 Pro is a great console, and it’s been updated internally to the point where it’s near silent these days, but imagine if it was as svelte and affordable as the Slim. At the same time, the Slim could be positioned differently by completely removing the disc drive, shaving a few more inches off and selling it at a bargain price. Hell, Sony could even get creative with a range of funky colour options for the Slim to appeal even further to younger people and kids with budget-conscious parents.

Just like their hardware offering, Sony haven’t fucked with the PlayStation’s online service too much in 2018. Subscription prices have remained the same and the service has been going as steady as you’d expect. Still, one point of contention remains among PlayStation Plus users — the (perceived) quality of each month’s ‘free’ games.

Every month, Sony treat PlayStation Plus subscribers to two or more bonus games, usually high quality or at least severely underrated titles. Still, every month brings with it a spate of users crying foul and demanding better, newer or more games. There’s an argument to be had that these games really are just a bonus on top of what users are actually paying for — the ability to play online, namely. Still, at the same time there’s an opportunity here to rethink the service and add value not just for users but for Sony and for its publishing and development partners.

One idea that comes to mind is to look at Microsoft and their success with the Xbox Game Pass service, not to replicate the model wholesale per se but to look at what makes it so compelling. Value is one important aspect of course, but the real winning ingredient in Game Pass is choice. Because the one thing people love more than getting free shit is getting to choose what free shit they get.

So, instead of offering two specific games per month to users, why not have a huge pool of titles available for the entire year and let people pick two a month to add to their library? You could even take it one step further and add higher-priced tiers to the existing PS Plus model that allow users to choose more games every month (or even access the entire library, Game Pass-style).

Or, alternatively, maybe it’s just time Sony do roll out a proper PS4 game subscription model (ignoring their ‘streaming’ PS Now service). If it’s a solid offering and fans can get on board, then there’s an opportunity to drop the free games from Plus altogether and make that cheaper in turn. It started as a means of enticing people to pay for their online play, but everyone’s used to that now so maybe it’s time to change things up.

PlayStation 5…Five…V? The Fifth One

While I don’t necessarily think releasing the next generation of PlayStation hardware should be a 2019 endeavour — there’s clearly still a lot of life left in the PS4 — I do think that Sony need to come to the party with an announcement of some kind this year. After forgoing a PlayStation Experience event in 2018 and announcing they’ll be skipping E3 2019, all eyes are on Sony to host a massive solo press showing this year, most likely a return to PlayStation Experience. It’s almost a given that should this be the case, we’ll see it used as a platform to announce a brand new PlayStation to ring in the new generation of consoles. It’s definitely about time for it. I don’t want to spend too much time on speculating over just what a new PlayStation console could be, but I will say this: backwards compatibility or bust. Don’t fuck it up.

It might not be apparent to those who’ve not had the pleasure of experiencing it, but PlayStation customer support is hot garbage. Sure, their return/repair process for faulty goods is pretty stock standard, but it’s their support for anything digital or online that is truly woeful.

If Sony want to bolster the success of their PlayStation 4 platform through 2019 they need to rethink some of their processes and adapt to the market. They need to look at platforms like Steam and their digital game refund policies, or Microsoft’s community and crowdsourced support channels. Anything other than the stale and monumentally unhelpful call centre they have currently along with their rigid and outdated digital policies. You can deliver all of the great hardware, software and services you like, but if you can’t keep those 91.6 million customers happy — how you gonna make more?

Unless something truly drastic happens, it’s pretty safe to say that the PlayStation 4 will go down as the ‘winning’ console (in sales) for this generation. For good reason too, it’s a great console with an amazing library of games including some of the best exclusives around. But with so many people already owning a PS4, and the upcoming release schedule of a competitor that nearly pipped it already last year, there’s every chance that 2019 might see a new winner for the year.