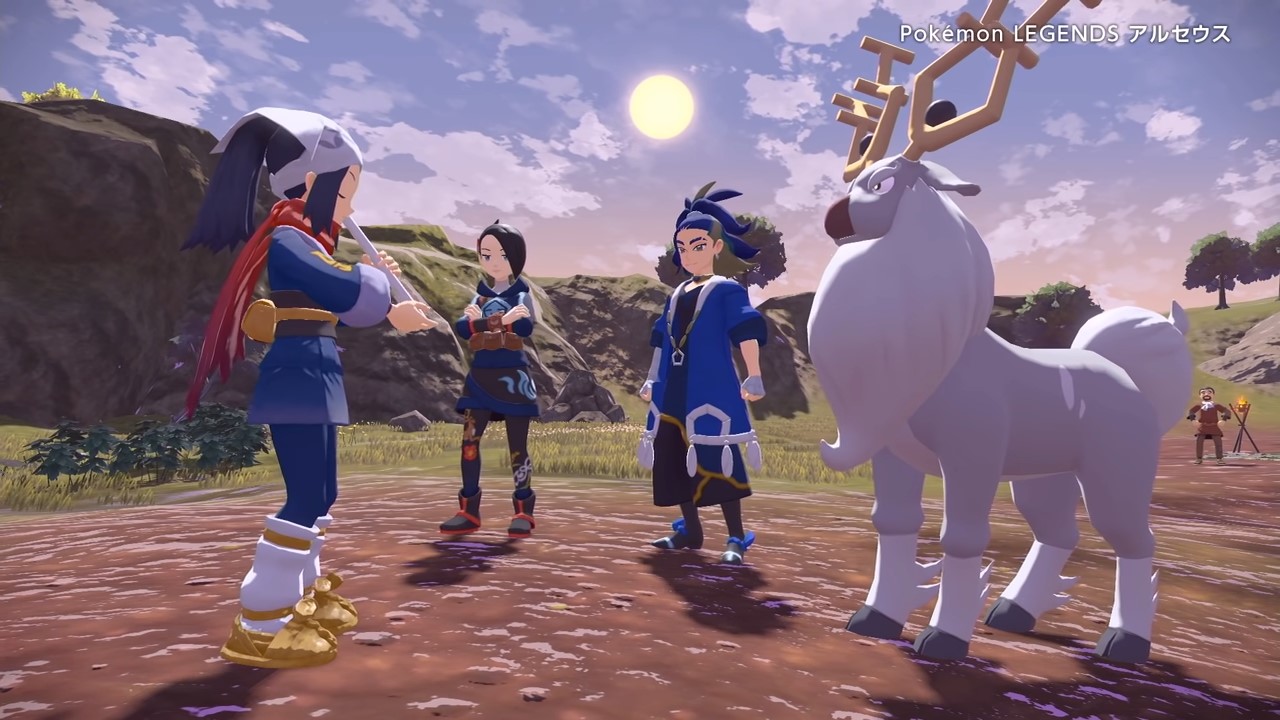 Though hard to understand for anyone that doesn’t speak Japanese, this new trailer gives us our best look at gameplay from the upcoming Pokémon game yet. Panning through the many different biomes that can be found in the Hisui region, we see a whole host of wild Pokémon going about their business. We then get a decent look at some of the villages that are dotted around the area, before getting into the juicy stuff.

The trailer details a number of different systems, including catching and battling Pokémon in the wild. We see the player fail to catch a Growlithe by simply throwing a Pokéball at it, which results in a quick and very one-sided battle. Elsewhere in the trailer, we see the player managing their team, flipping through a hardcopy Pokédex and interacting with a number of NPCs that look to be giving quests of some sort.

Lastly, we get a brief look at character customisation, traversing the world on a number of different Pokémon and, most excitingly, boss battles that look to take place in real-time (or partially in real-time).

Are you excited to play Pokemon Legends: Arceus? Has this trailer made you more excited? Let us know in the comments or on our social media.